What does it say about the mainstream media when it took over two months for one of Israel’s most well-read newspapers to include a photo of a non-Jew in its special elections coverage section?

On Monday morning, six weeks before the upcoming elections, the Israel Hayom daily finally began publishing the face of Ayman Odeh, the leader of the Arab Joint List, at the top of its special section dedicated to election coverage.

Over the past few weeks, since the Knesset was dissolved and the announcement of elections on March 17, the header of Israel’s most-read newspaper was kept ethnically/religiously pure, showing the faces of Jewish candidates alone. On Monday morning, nearly two months later, Israel Hayom published the face of a non-Jewish candidate who leads a major political party for the first time.

The people at Yedioth Ahronoth, a newspaper that has diligently added MK Ahmed Tibi’s face to the header of its elections section over the past few weeks, have yet to digest the fact that the four Arab parties – Hadash, Ra’am, Ta’al and Balad – have united to form the Joint List.

Tibi still appears in the newspaper as the only non-Jewish candidate, and the only one who does not head a political party. Tzipi Livni, whose face appears in both newspapers, is number two on the Zionist Camp’s list, although she signed a rotation agreement with Isaac Herzog who heads the list. Tibi, on the other hand, is number four in the Joint List.

The amount of representation given to the voting public of the Joint List and its candidate in the mainstream press is significant – and not just on a symbolic level.

According to a study conducted last year by Israel’s Government Advertising Agency, Yedioth Ahronoth and Israel Hayom are the most-read Hebrew-language newspapers among Arab citizens in Israel. Nearly a third of Arab citizens leaf through these papers on a regular basis. Once every four years (or every two-and-a-half years, depending on when the Knesset is dissolved), Israeli citizens have a chance to directly affect the political future of the state. But when it comes to the visual representations that accompany elections coverage, one paper has decided to simply ignore the leader of a non-Jewish party, while another has insisted on publishing the face of a politician who isn’t even among the top three candidates on his list.

Ignoring Israel’s non-Jewish citizens has become the norm among most Hebrew-speaking media outlets in the country. However, when it comes to headers that sit atop the elections coverage section, it cuts even deeper. It’s not an issue of a journalist reporting or underreporting the goings-on in the Joint List. It’s not about someone writing his or her thoughts about the legitimacy (or lack thereof) of the list. It’s not even a case of a newspaper that refrains from reporting on Arab society in Israel.

Until Monday morning, these newspapers sought to decide what a legitimate vote looks like for its readers. They drew a clear line between parties headed by Jews and those headed by non-Jews.

We praise Israel Hayom for (finally) treating all of its readers as equal citizens. We also regret the fact that what may seem obvious in any democratic country is still regarded, in pre-election Israel of 2015, as something worth mentioning.

email
Before you go…
A lot of work goes into creating articles like the one you just read. +972 Magazine is nonprofit journalism, owned by many of our writers, editors, and journalists. In order to safeguard that independent voice, we are proud to count you, our readers, as our most important supporters. With your support, we can keep +972 Magazine a strong, independent, and sustainable force helping push the global discourse on Israel/Palestine.
DONATE
More About yedioth ahronoth 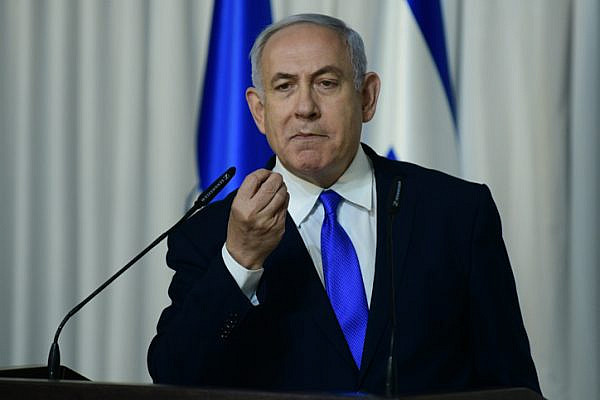 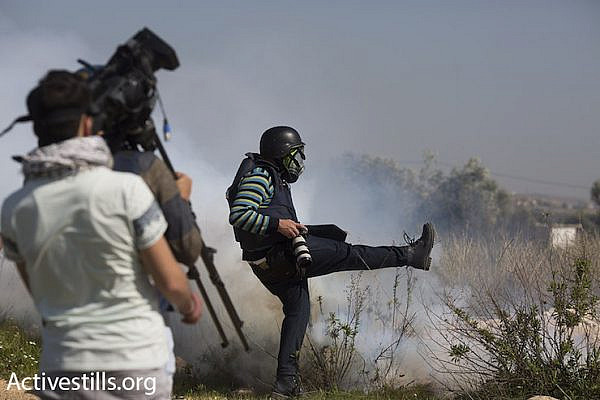 Why the struggle for free media in Israel-Palestine matters
We are witnessing the emergence of a new kind of media in Israel and Palestine — the kind that truly has the potential to transform how we see this place. We are in the midst of an immense transformation in the media landscape. The way people communicate and consume information and knowledge is being fundamentally altered.…
By Roi Maor December 21, 2017