For Israel’s ruling party, Zionism was first and foremost about settlements and security rather than religious salvation. The growing interest in the Temple Mount, however, reflects a complete transformation of Israeli politics as we know it. Welcome to the end times.

The attempted assassination of Temple Mount activist Yehuda Glick, to whom I wish a speedy recovery, comes at the height of a growing trend among the Israeli public. It is a trend that finds clear expression amongst the ruling Likud party, and one that Glick was a leading advocate of. In recent years the Temple Mount movements have acted intensively to increase the number of visits by Jews, while concurrently raising awareness about the situation at the Mount. This situation includes a de-facto ban on public Jewish prayer, and an increase in violence (mostly verbal) by Palestinian Muslims toward Jewish visitors. Among the most prominent achievements of the Temple Mount proponents has been obtaining the explicit support of nearly half of Likud’s Knesset members for their struggle.

The Likud movement has always had a fondness for national myths, but even among its members, Zionism was first and foremost about settlements and security rather than religious salvation. The growing interest in the Temple Mount among Likud members embodies the change that has taken place in Israeli political discourse – one that if not properly understood, will render our view of the current tensions and violence in Jerusalem incomplete. At that very same convention where Glick (who ran for Knesset on the Likud ticket two years ago) was shot, under the title “Israel Returns to the Temple Mount,” Chair of the Interior Committee of the Knesset, MK Miri Regev, and the Deputy Speaker of the Knesset Moshe Feiglin, both of Likud, called for a return of Jews en masse to the Mount. Regev tied “our right to pray on the Mount” together with “our right to the land,” demonstrating in clear fashion the mythical coating that covers the new Likudnik nationalism.

This is but the peak of a multi-year process, during which the ruling party has turned from a traditional-secular party professing a security-based rejection of territorial compromise into an ethnic-nationalist party, which places a mythological concept at the center of its agenda. This mythic narrative is based on the belief that the Temple Mount constitutes a metaphysical focal point for the People of Israel, a sort of divine power socket – the connection that charges the nation with force and vitality. Back in 2012 Yuli Edelstein, now the Speaker of the Knesset, stated that “My job is to deal with the daily process, connecting and building the People of Israel, which leads to the Temple.” Influential MK Ze’ev Elkin, meanwhile, explained that “It is important to remove it [the Temple Mount] from the purview of the wild-eyed religious. We must explain to broad swaths of the people that without this place, our national liberty is incomplete.”

Read more: The fraud that is the Temple Mount movement

Make no mistake – this is not about untrammeled longing for the ancient ritual of burning sacrifices in the temple. Nor is it about observing the biblical commandments or upholding Halakhic stricture that matter to these members of Knesset (even the religious ones among them). The Temple Mount serves Regev, Feiglin, Edelstein and Elkin as a national flag around which to rally. The location of the temple to them is nothing more than a capstone in the national struggle against the Palestinians, and sovereignty over the Mount becomes a totem embodying sovereignty over the entire country. This is why Elkin speaks of “our national liberty”; this is why Tzipi Hotovely said on another occasion that “The construction of the temple in its place on Temple Mount should symbolize the renewal of the sovereignty of the People of Israel in its Land.”

It was only this past February that chairman of the coalition Yariv Levin waxed poetic regarding the importance of the mountain at the center of Jerusalem:

No living organism can function without a heart. It seems to me that when Jews for so many years sat in exile and prayed for a return to Zion, they did not mean Tel Aviv, but Jerusalem. They did not dream of returning to the Knesset building and the Prime Minister’s office, but to someplace else – to the Temple Mount.

But when Jews sat in exile and prayed for Zion and Jerusalem, they continued to sit in exile and pray; only when they dreamed of Tel Aviv and the Knesset did they rise up and build a state. Secular Zionism invested its blood and sweat into building state infrastructure, rather than into religious rites and sacred sites. It is no coincidence that Moshe Dayan handed control of the Temple Mount to the Muslim Waqf immediately following the Six-Day War. He believed the place to be diametrically opposed to the Zionist spirit upon which he was raised and in which he believed. 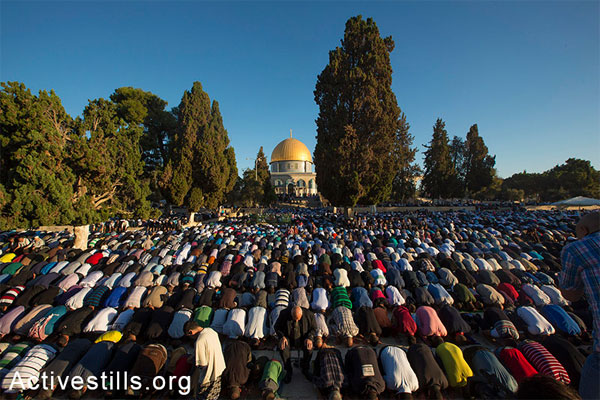 But what is noteworthy in Levin’s words is neither the historical inaccuracy, nor even the organic view of the nation (as though a state where one third of the children live below the poverty line needs a “heart” in the form of a temple on a mountain). What should cause unease, if not outright concern, is the mythical messianism promoted by Levin et al through political means. The Temple Mount becomes a pawn to be used in the struggle with the Palestinians, and the discussion over prayer rights for Jews, while justified in and of its own, becomes a political hatchet. Perhaps this is what Yeshayahu Leibowitz meant when he spoke out against the “prostitution of religion for national interests.”

Gershom Scholem once said that “the salvation of the People of Israel to which I aspire as a Zionist is not at all identical to the religious salvation for which I hope in the future. I am unwilling, as a Zionist, to satisfy the ‘political’ demands or yearnings which take place in an utterly religious a-political field, in the domain of the end times apocalyptic.” Shalom understood full well the danger in basing a political discourse upon a religious one. A danger to religion, as it may be prostituted into a political tool, and danger to the state, as it is very difficult to act in a judicious manner out of messianic fervor.

Religion and politics have been entwined since the dawn of time, but in the last few centuries the Western world has chosen to separate the estates in order to promote a democratic and tolerant public sphere. What we are witnessing, before our very eyes, is an attempt to re-couple the religious myth with the political-diplomatic sphere. The political discourse is undergoing a transformation: It is adopting mythological aspects, reestablishing itself not on the foundation of security but on that of salvation tales, and is coated in religious folklore and messianic shmaltz. Whether it is out of naïve faith, or precluding any possibility of political compromise, one hears talk of the Jewish prayer, diaspora, and an age-old yearning. Before you can say “a national home for the Jewish people,” the government of Israel has been turned into an agent of the messiah and a contractor of the almighty. Welcome to the end times.

Tomer Persico teaches at Tel Aviv University and the Schechter Institute, where he specializes in contemporary religious culture. This article was first published in Hebrew in Haaretz.

Get Our Weekly Newsletter
Before you go…
A lot of work goes into creating articles like the one you just read. +972 Magazine is nonprofit journalism, owned by many of our writers, editors, and journalists. In order to safeguard that independent voice, we are proud to count you, our readers, as our most important supporters. With your support, we can keep +972 Magazine a strong, independent, and sustainable force helping push the global discourse on Israel/Palestine.
DONATE
More About Temple Mount/Haram al-Sharif 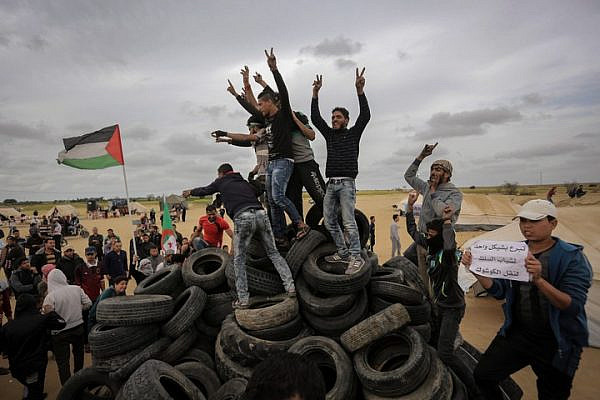