The army is preventing seven Palestinians from traveling to the biggest sporting match of the year. 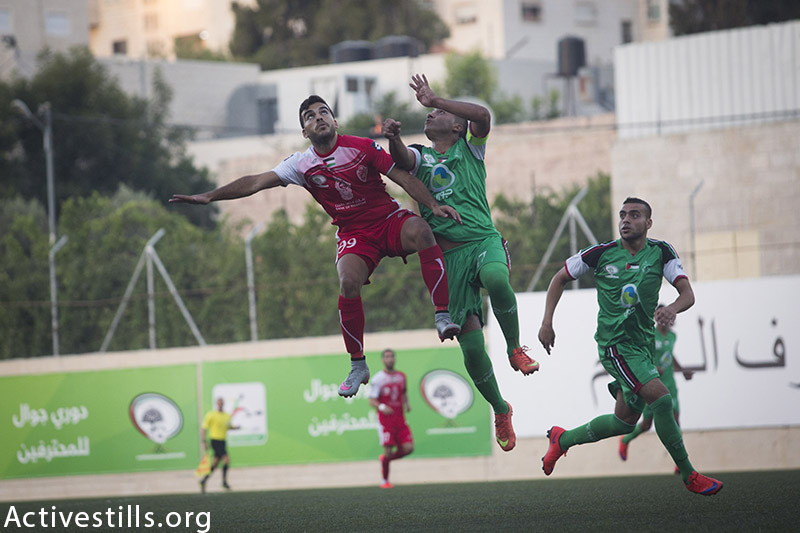 It seemed like everything was ready for the first match of the Palestine Cup to be held Tuesday evening at Gaza’s Al-Yarmouk Stadium between Hebron’s Ahly al-Khalil and Shabab Khan Younis. Almost everything, that is.

According to nearly every Palestinian sports website, Israel is preventing seven of Ahly al-Khalil’s players, all of whom are Palestinian citizens or residents of Israel, from traveling to Gaza.

Out of the seven, three of them are the team’s top players who also play for the Palestinian national team: Ahmad Harbi (who began his career with Hapoel Umm al-Fahm), Abdullah Jaber (born in Taybe), and Mahmoud Daif Allah (resident of East Jerusalem).

The seven were told on Monday to come back to Erez Crossing (on the border between Israel and Gaza), but were denied a permit to enter the Strip. According to Ma’an News Agency, the Palestinian players are waiting at Erez for permission to enter.

Meanwhile the game is set to take place as scheduled; Ahly al-Khalil will have only 11 players, as opposed to Shabab Khan Younis, who have at least 16 players.

Palestinian outlets are further reporting that the players were promised that issue would be taken care of on Monday, yet the delay has already caused much consternation among the Hebronites.

Samer al-Sha’arawai, a member of Ahly al-Khalil’s management, sent out a press release according to which the “Palestinian Football Association told us that 33 members of the West Bank delegation were allowed to enter, yet seven players were denied entry permits, all of them part of Palestinian society in ’48 territories (Israeli citizens). We are in constant contact with the association and hope that the problem will be solved so that everyone can enter the Strip.”

COGAT issued a response to the permit issue:

The entry of 33 players and professional staff belonging to the Ahly soccer team from Judea and Samaria to the Gaza Strip in order to participate in the Super cup match, despite the fact that those who requested the permits did not send the requests on time, and only sent them on Sunday evening.

In light of the current policies, and in order to maintain their safety, nine Israelis will not be allowed into the Gaza Strip.

The Ahly al-Khalil players who were allowed into Gaza were very excited, and Palestinian news sites have already begun dedicating a large number of photo albums to the event. For example, the Palestinian sports site “PalGoal” published a series of photos showing Ahly players crossing into Gaza, all the way up to their reception at the Commodore Hotel in Gaza City. At the hotel the players met with important figures in Gaza’s soccer world, including Palestinian Football Association representatives in the Strip, Abdel Salam Haniyeh (the son of Hamas leader Ismail Haniye) and Ibrahim Abu Salim, as well as representatives of the official Palestinian sports authority — both from Fatah and Hamas.

Ibrahim Abu Salim, the vice chairman of the Palestinian Football Association, did not forget to mention his boss’ name, as well as the symbolic value of the match itself. “The match is taking place thanks to the many efforts by Chairman Jibril Rajoub… this match is a celebration of a national sport that reflects unity in the world of Palestinian sports.” Abu Salim, like Rajoub, stated that he hopes to be able to establish a single, united soccer league, as well as promote more meetings between the West Bank and Gaza on a regular basis.

Get Our Weekly Newsletter
Before you go…
A lot of work goes into creating articles like the one you just read. +972 Magazine is nonprofit journalism, owned by many of our writers, editors, and journalists. In order to safeguard that independent voice, we are proud to count you, our readers, as our most important supporters. With your support, we can keep +972 Magazine a strong, independent, and sustainable force helping push the global discourse on Israel/Palestine.
DONATE
More About jibril rajoub 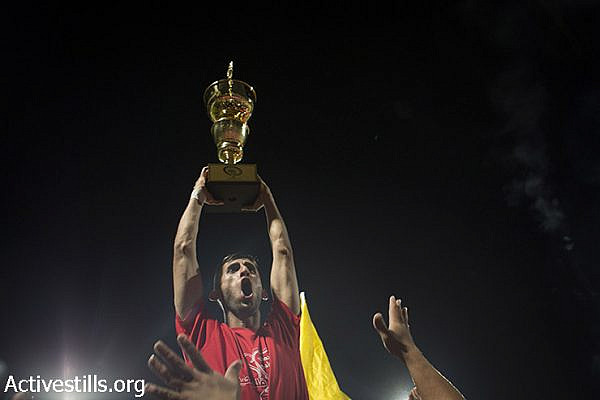 West Bank, Gaza gear up for Palestine’s biggest sporting event
This year’s Palestine Cup, the biggest sporting event in the Palestinian territories, pits Hebron’s Ahly al-Khalil against Shabab Khan Younis. Could reconciliation on the field pave the way for national reconciliation? By Yoni Mendel One of Jibril Rajoub’s greatest achievements as the Chairman of the Palestinian Football Association, if not the greatest, took place a year ago. For the…
By +972 Magazine July 24, 2016 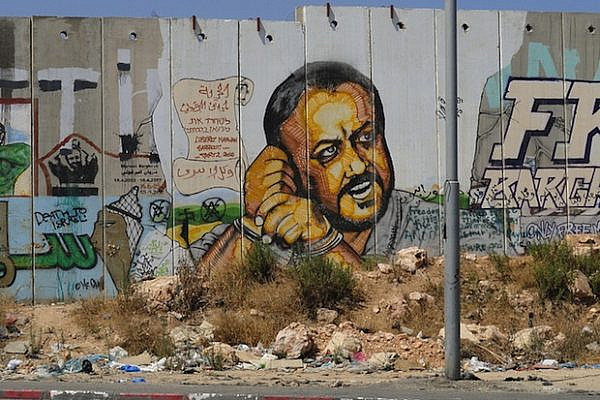 Marwan Barghouti is planning a comeback — from behind bars
He may be serving five consecutive life sentences in an Israeli prison but Marwan Barghouti is the only leader who has a chance to succeed Mahmoud Abbas and unite the Palestinian people. This is how he plans on doing it.
By Menachem Klein April 16, 2016 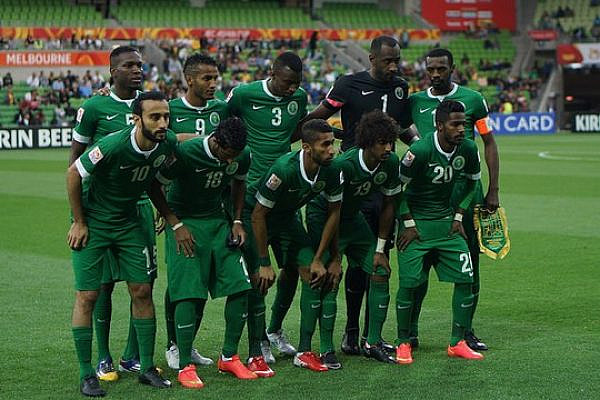 Why won’t Saudi Arabia travel to Palestine for a soccer match?
Between implicit recognition of Israel, or simply a desire not to travel through military checkpoints, the Saudi Arabia national team does not want to play against Palestine in Jerusalem.  By Yoni Mendel (translated from Hebrew by Sol Salbe) Last April the Malaysian capital of Kuala Lumpur witnessed the Asian draw for the regional groups’ stage…
By +972 Magazine September 29, 2015