The funding crisis is particularly devastating in the Gaza Strip, where humanitarian officials say basic services such as education, health, and food security have been reduced to a minimum. 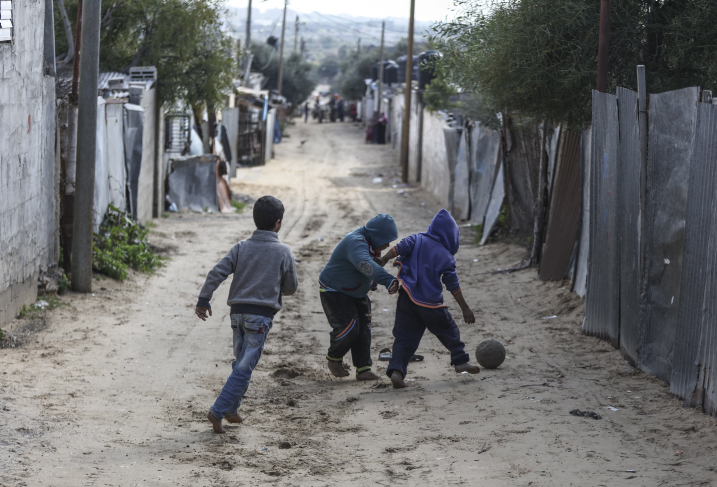 According to a report published this month by the Office for the Coordination of Humanitarian Affairs (OCHA), as of a few weeks ago only $159 million of a requested $539.7 million had been secured for the 2018 Humanitarian Response Plan (HRP), the strategy and funding appeal meant to address the needs of the humanitarian community in the occupied territories.

The lack of funding has had a devastating impact on non-governmental organizations in the Gaza Strip. A policy paper published last year by the Palestinian NGOs Network (PNGO), a coordination group aiming to strengthen Palestinian civil society, shows that funding for NGOS in the besieged enclave was halved in 2016, compared to the previous year.

According to OCHA, 1.57 million of the Gaza Strip’s 1.8 million residents rely on humanitarian assistance. The unemployment rate in the Gaza Strip has reached 32.4 percent — the highest it has been in two decades. The combination of Israel’s siege and internal Palestinian divisions means that the NGO sector often has to provide basic services in place of the weakened Hamas government.

The majority of the employment programs in the Palestinian territories depend on international financial aid, but the funding cuts have created a situation where a number of organizations are dramatically decreasing their services, with some operating solely on an administrative level.

According to PNGO’s data, already last year 60 percent of non-governmental organizations were unable to cover their operational expenses, including paying staff salaries. Consequently, entire service programs have been greatly reduced or eliminated completely. Services such as education, health, food security, as well as psychological support and support for people with disabilities have all been reduced to a minimum. 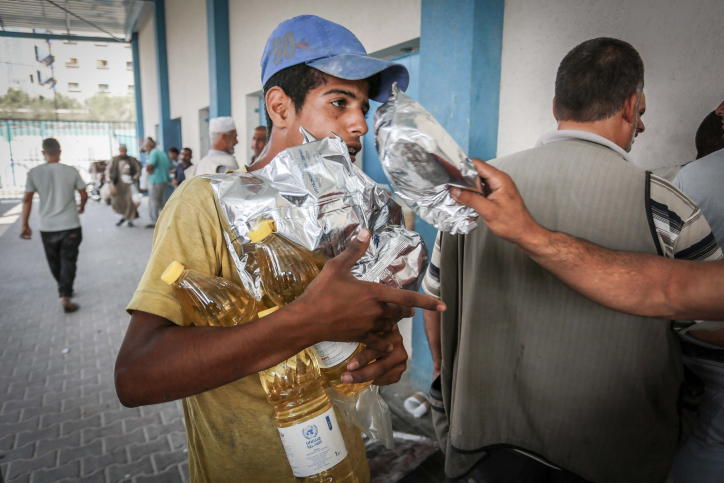 PNGO found that 30 percent of Gaza-based NGOs had decreased their operational cost; 56 percent were looking for new sources of funding; 58 percent terminated at least some employee contracts; 22 percent cut salaries; and 18 percent were trying to establish income-generating projects to sustain themselves.

The gap has created a situation in which NGOs cannot respond to the increasing needs of the residents of the Gaza Strip. The shortage has been especially detrimental in the wake of the Great Return March, which has led to a further deterioration in humanitarian conditions.

“The past years have constituted real challenges for NGOs in Palestine, specifically in the Gaza Strip, due to the withdraw of international and Arab funding for all types of projects, whether they are developmental or humanitarian relief projects. The financial funding deficit for NGOs has reached 70 percent,” said PNGO’s Al Shawwa.

According to Al Shawwa, travel and movement restrictions imposed by the Israeli occupation hinder NGOs from establishing connections with donors. Furthermore, the Israeli army bans a variety of materials needed for humanitarian projects in the Strip.

Local NGOs are not the only ones being affected. International organizations, especially those dependent on funding from USAID, an agency of the United States government responsible for administering civilian foreign aid and development assistance, have taken a significant hit recently.

Organizations such as Mercy Corps, International Medical Corps, and Catholic Relief Services have all faced severe cuts in the wake of the Trump administration’s decision to cut USAID funding to the Palestinian territories.

Earlier in 2018, the White House announced it would cut $300 million in funding to UNRWA , the UN agency that provides services to millions of Palestinian refugees across Jordan, Lebanon, Syria, the West Bank and Gaza.

“Providing the most essential needs for people in Gaza has become very challenging for most of NGOs,” said Reem Freina, executive manager of the Aisha Association for Women and Child Protection. “The governmental sector cannot respond to these needs due to political conflict. Accordingly, the NGOs in Gaza take on the responsibility to provide most of the needed services that include health, livelihood, education, and psychosocial support.”

Freina added that the lack of services has caused severe psychological issues for people in Gaza, with a notable increase in suicide, crime, and homelessness.

“In 2015 Atfaluna faced a serious lack of funding that constituted a threat to the sustainability of our services to children and adults with hearing loss,” said Naim Kabaja, the director of Atfaluna Society for Deaf Children. The organization has been struggling with funding since 2015, and has had to cut its employees’ salaries by up to 30 percent, and is no longer accepting students from outside Gaza City. (Full disclosure: The author works for Atfaluna Society for Deaf Children.)

Fidaa Shurrab is a projects and fundraising officer who has worked with several NGOs in the Gaza Strip. She is also a freelance translator and writer.