Israel’s separation wall will surround the village on nearly all sides, which will separate its villagers from some 250 acres of agricultural land. 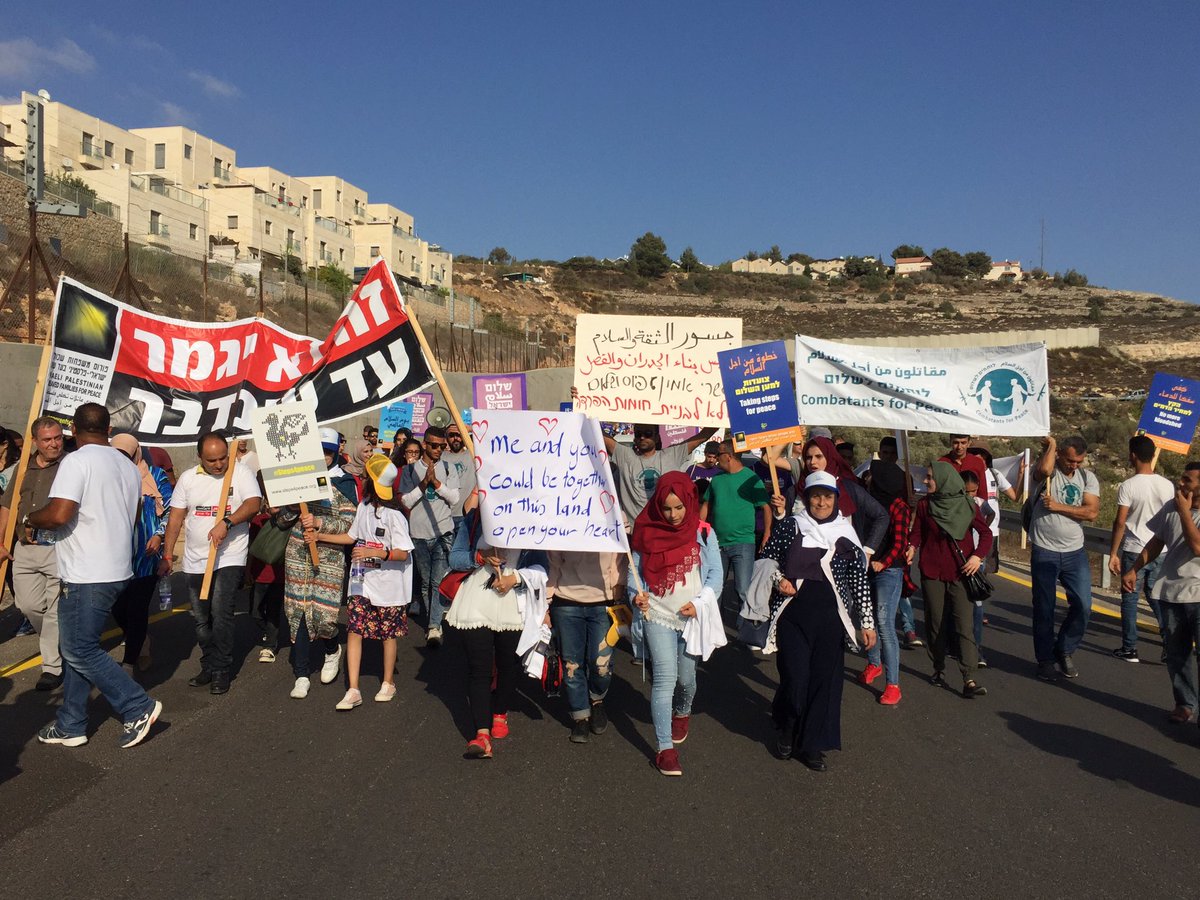 Hundreds march from Beit Jala to the West Bank village of Walaje to protest the completion of the separation wall and home demolitions in the village, September 16, 2017. (Haggai Matar)

Over 500 Palestinian and Israeli demonstrators marched Saturday to protest the construction of the separation wall and house demolitions in the West Bank village of Walaje, south of Jerusalem. The march started at the entrance to the nearby city of Beit Jala and proceeded along the road to Har Gilo settlement, with activists chanting against the occupation and in favor of a two-state solution. As the march got underway, Jews and Palestinians stood together forming a bridge with their hands for others to pass through, calling for “build bridges, not walls.”

The march was coordinated by activists from “Bereaved Families Forum”, “Combatants for Peace” and “Standing Together.” “We will not be silent as the siege, settlements and wall smother Walaje,” said Suf Patishi, one of the organizers. “We, Israeli and Palestinians allies, build bridges instead of walls – to make this a better place for all of us.”

Some residents of the village, however, refused to allow the joint demonstration into Walaje, bringing an end to the demonstration ended. “Out of respect to their request we did not enter the village. We believe in a shared, non-violence path, as displayed by hundreds of people from both nationalities today. This will overcome resistance on both sides,” said Combatants for Peace’s Tuli Flint.

Saturdays march was set to commemorate the International Peace Day, well as the upcoming completion of the separation wall surrounding Walaje. The wall will almost entirely encircle the village, and will separate the villagers from some 250 acres of agricultural land, as well as a spring. According to Aviv Tatarsky of the Jerusalem-based NGO, Ir Amim, there are only 500 meters left to build until the wall is complete. 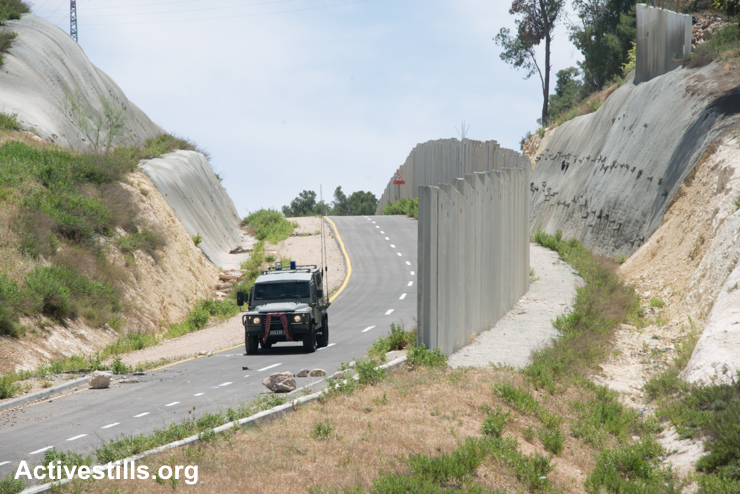 An Israeli military jeep patrols a gap in the Israeli separation barrier on land belonging to the West Bank village of Walaje, May 15, 2014. (Activestills.org)

In Walaje, as in most cases in the Jerusalem and Bethlehem area, the wall is not build on the Green Line, Israel’s internationally recognized border, but rather inside the West Bank. Meanwhile, the land and spring are slated to become part of a “national park” for the benefit of the Israeli residents of Jerusalem. 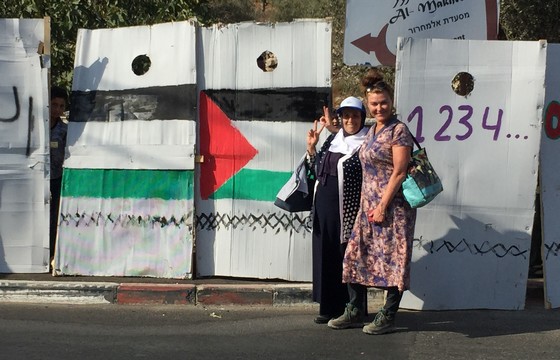 Demonstrators pose for a picture during a march against the separation wall and home demolitions in Walaje, West Bank, September 16. (Haggai Matar)

Residents of Walaje have previously held demonstrations against the route of the wall, and in few cases were successful in stopping the bulldozers from carrying out their work. However, these direct actions did not last long, and an appeal to the Supreme Court did nothing to advance a solution. Internal considerations led Israel to postpone construction for a few years.

As if the wall wasn’t bad enough, residents of the small village suffer from various other problems. In 1967, parts of the village were officially annexed to Jerusalem, but unlike East Jerusalem Palestinians, the residents of Walaje were not granted Israeli residency. Since then Palestinians in the village have been deemed “illegal infiltrators” in their own homes, with some actually being arrested for that very crime. Meanwhile, Israel has threatened to demolish dozens of homes in the village in the near future.

As I mentioned in my special series on the Israeli separation barrier five years ago. the history of Walaje is a microcosm of the occupation. The village has existed since at least the 16th century, but was located on a hilltop several kilometers to the northwest of its current location. In 1949, some 2,000 residents fled the village, which was conquered by Israeli soldiers, and set up their new village across the valley — just on the other side of the armistice lines — on what used to be their agricultural lands. In 1967, they found themselves under Israeli rule once again. Their original land were turned into a park run by the Israel National Fund, and were taken over by the Israeli towns of Ora and Aminadav.