The protest is the first of many planned to resist the government’s plan to deport 40,000 asylum seekers currently living in Israel. 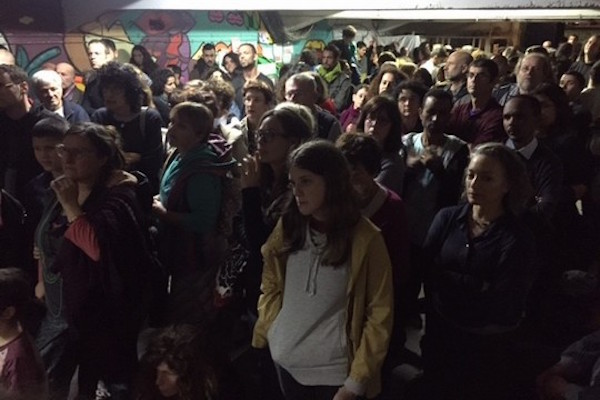 Protesters opposed to the deportation of Eritrean and Sudanese asylum seekers. (Haggai Matar)

More than 200 people gathered at the Abraham Hostel in Tel Aviv on Saturday night for the first of many protests against the planned deportation of asylum seekers. The government recently announced that it intends to present asylum seekers in Israel with a choice: indefinite imprisonment or deportation.

The demonstration featured a human rights fair, including the numerous organizations fighting the deportation plan, a drawing corner for children, a donations stand for asylum seeker families in financial distress, musical performances, and more.

The event centered around several speeches by university students, schoolchildren, activists from asylum seeker community and others – all of whom presented the upcoming steps in the struggle against the deportation plan. 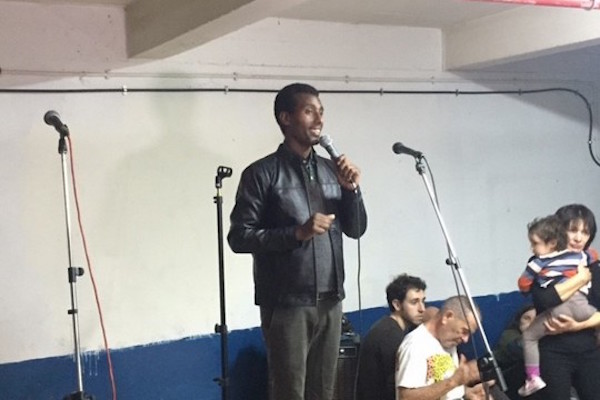 “I refuse to be a slave in my homeland,” Jonny, from Eritrea, said. (Haggai Matar)

“A refugee does not deport a refugee,” Jonny, an asylum seeker from Eritrea, said at the beginning of his speech. Jonny runs a kindergarten for asylum seekers in South Tel Aviv.

“From here, we are conducting a struggle to bring down the regime in Eritrea. The regime is weakened. It is losing support. More and more people are escaping the country. I hope that one day we will succeed, and I will invite all of you to be our guests,” he continued. “I refuse to be a slave in my homeland. My father is 65 and still forced to serve in the army. I refuse to live like that, to spend my entire life as a slave.” 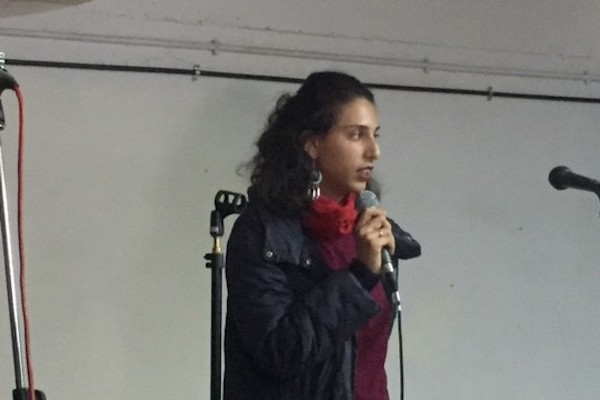 “There are many residents of South Tel Aviv who oppose the deportation plan,” Inbal Egoz said. (Haggai Matar)

She called on the demonstrators to join an event to protest, put up posters, and distribute flyers on Tuesday, initiated by Koach l’Kehila and Achoti, a Mizrahi-feminist organization based in South Tel Aviv’s Neve Sha’anan neighborhood.

This article was first published in Hebrew at Local Call. Read it here.