I have plenty of criticism for Ezra Nawi. I also have lots of love for him. Part of being a leftist is using language that transcends black and white. 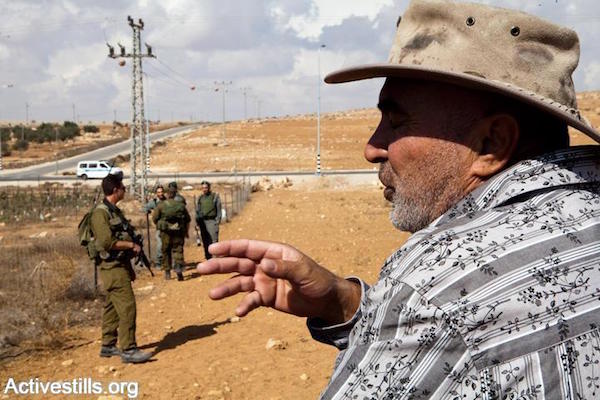 The radio is on; it’s always on. We’re cooking. Suddenly, I hear the words, “a left-wing activist was arrested at the airport.” My eyes tear up. I’m holding my son, Meor. With all of his 10-and-a-half months of wisdom, he moves the hair from my eyes to console me and brings his face closer to mine. He understands something has happened. I hug him and promise him it’s going to be alright. I don’t know if I can keep that promise. But one thing is clear: I need to speak the truth, and fearlessly.

And if that’s what I need to do, then I need to write about Ezra Nawi. I met Ezra in 2005 when I was undercover for a journalism assignment. It was after I had worked for three weeks as a supermarket cashier, and written about what it’s like to work standing on one’s feet all day. After that, the next assignment that I undertook was to live in a Palestinian Bedouin village in the South Hebron Hills, to document from that perspective settler attacks against the village of a-Tawane, primarily against the children on their way to school in the morning. A week before I got there, poison had been sprayed on their land in an attempt to kill their goat herds. I dressed up like a Palestinian woman and lived with a family in the village. I slept with the women and I cooked with them. For a week. The person who brought me there was Ezra Nawi. He would show up in the village every day to deal with any and every problem the villagers were having, he would bring them medical equipment and anything else they needed..

That week was full of new insights for me, some of them critical of the Left, of which I am a part. One of my insights took the form of great anger toward the left-wing foreign activists, whom I suddenly saw from the perspective of a Palestinian woman. When the foreigners sat with the men and planned political actions, the Palestinian women served them food. The pain I felt with them in those moments didn’t stop me from making the same mistake years later. And I didn’t apologize for it then either. I had other criticisms, too, about power structures, about other activists, and surely about Ezra Nawi, alongside my appreciation and love for them.

We tend to speak in black and white terms these days. Condemn or support. The Right has no problem creating one-sided realities and terms of reference. But that contradicts the aspirations of the Left. The idea of speaking truth in an era of headlines and 140-character status updates sounds ridiculous.

And yet we can’t create an alternative vision without speaking complicated truths, and we’ll never be able to create a real alternative to the Right in Israel without first finding that language. I want to speak the truth about Ezra Nawi. I have a lot of love for Ezra. That love comes from conversations we had while driving down the Road 60, the mainJerusalem-Hebron highway in the West Bank, and the day he took me to eat at his mother’s house. It comes from his straightforwardness, and the more difficult things I’m not cut out to fully comprehend, like truly empathizing with the Palestinians, sometimes even more than with my own people — for which he is paying a heavy price.

I also have plenty of criticism about Ezra, which I have no problem expressing to him, and there’s a good chance I’ve done just that. I have criticism of his overly macho behavior, something that much of the leadership of the Left is guilty. I’m revolted by what he said about the Palestinian land broker, and if there is any truth to the accusations against him then I have some pretty strong things to say about his actions, which I will also condemn. At the same time I would defend the land broker, despite the fact that I don’t even believe in the idea of land as private property. Reality is complicated, and we have an obligation to speak the truth — and not just when it serves our political agenda.

The Left needs a new language

There’s no avoiding Ezra’s conviction for statutory rape. I also condemn that, of course. That said, do we not allow someone who has been convicted and paid their debt to society to be rehabilitated and forgiven? If not, how do we plan on replacing the Right? If we don’t work with those who have done things we have a very hard time with, who will be our partners for social change? And if people can’t own up to their crimes, how can we ever fix things? And yes, if I were the underage boy’s mother I would be speaking very differently right now. But there is no argument about our social views, just like there can be no argument about immense personal pain. And responsibility is something else entirely. 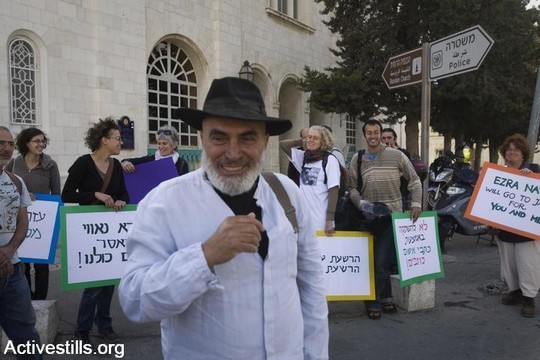 We have an obligation now. The Right is shoving us into a corner, pushing us to use its language. Good vs bad. Us vs them. The Right has taken charge of the language we use, of every vowel and every comma. It defines itself as those who belong, and it defines us as those who don’t belong. We have an obligation to not let ourselves be pushed into that corner. Not to sacrifice anyone for them, but rather to create a new language. Even if it takes time, we need to create a language in which we can speak complicated truths, which can say that we belong here. And people aren’t stupid. I haven’t had a single conversation with a right-wing woman in which we didn’t both understand the complicatedness.

And if we’re really going for the complicated truths, that article about the South Hebron Hills, the one I went undercover for, it was never published by the newspaper that sent me there to write it. Why? Because nothing exciting happened. I only saw women scared to feed their children goat milk because they were worried it had been poisoned. The only thing that I did was escort children on their way to school because they were scared of settlers, and goat herders who were scared of the same attacks. And I witnessed an elderly woman being attacked with baton by a settler. “If you weren’t personally attacked,” my editor at the time told me, “then it’s not a story.” That same editor works for “Uvda” nowadays.

Mijal Simonet Corech works for Shatil and is a former journalist for Haaretz and Ma’ariv. She lives in Jerusalem. This article was first published in Hebrew on Local Call. Read it here.