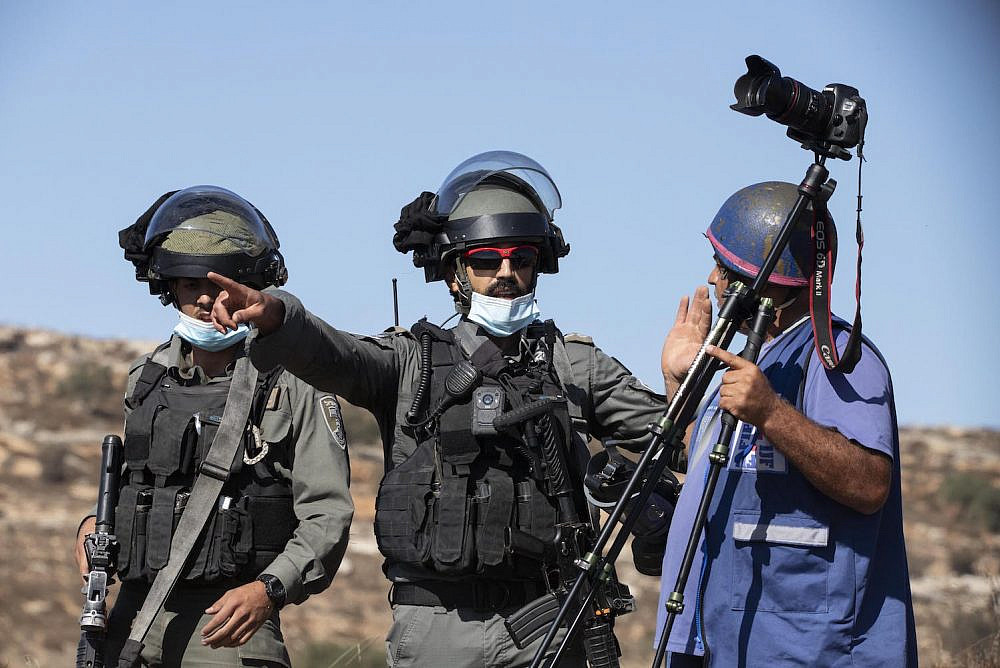 Border Police officers force a Palestinian cameraman to leave the area during the Palestinian olive harvest, near an illegal outpost close to the village of Burka, West Bank, October 16, 2020. (Oren Ziv)

In 2021, the Israeli military censor barred the publication of 129 articles in the media, and interfered with the content of another 1,313, according to data provided by the censor at the request of +972 Magazine and the Movement for Freedom of Information in Israel. This marks the third year in a row that there has been a decline in the military censor’s activity, which is now at an 11-year low (the entire period for which we have data).

All media outlets in Israel, as well as authors and publishers, are required to submit articles relating to security and foreign relations to the IDF chief military censor for review prior to publication, in line with the “emergency regulations” enacted following Israel’s founding, and which remain in place. These regulations allow the censor to fully or partially redact articles submitted to it, as well as those already published without its review. Media outlets are barred from indicating in any way whether the censor has altered a story.

For more background on the censor and +972’s stance toward it, you can read the letter we published to our readers in 2016.

Last year’s decline is particularly pertinent in light of Israel’s increased military activity in 2021, with the wave of violence inside Israel and the military’s bombardment of Gaza throughout May (known in army parlance as “Operation Guardian of the Walls”). Unsurprisingly, these events led to an uptick in the number of articles the media submitted for the censor’s review last year: 7,413, up by about 16 percent compared to the 6,421 articles submitted to the censor in the previous year. 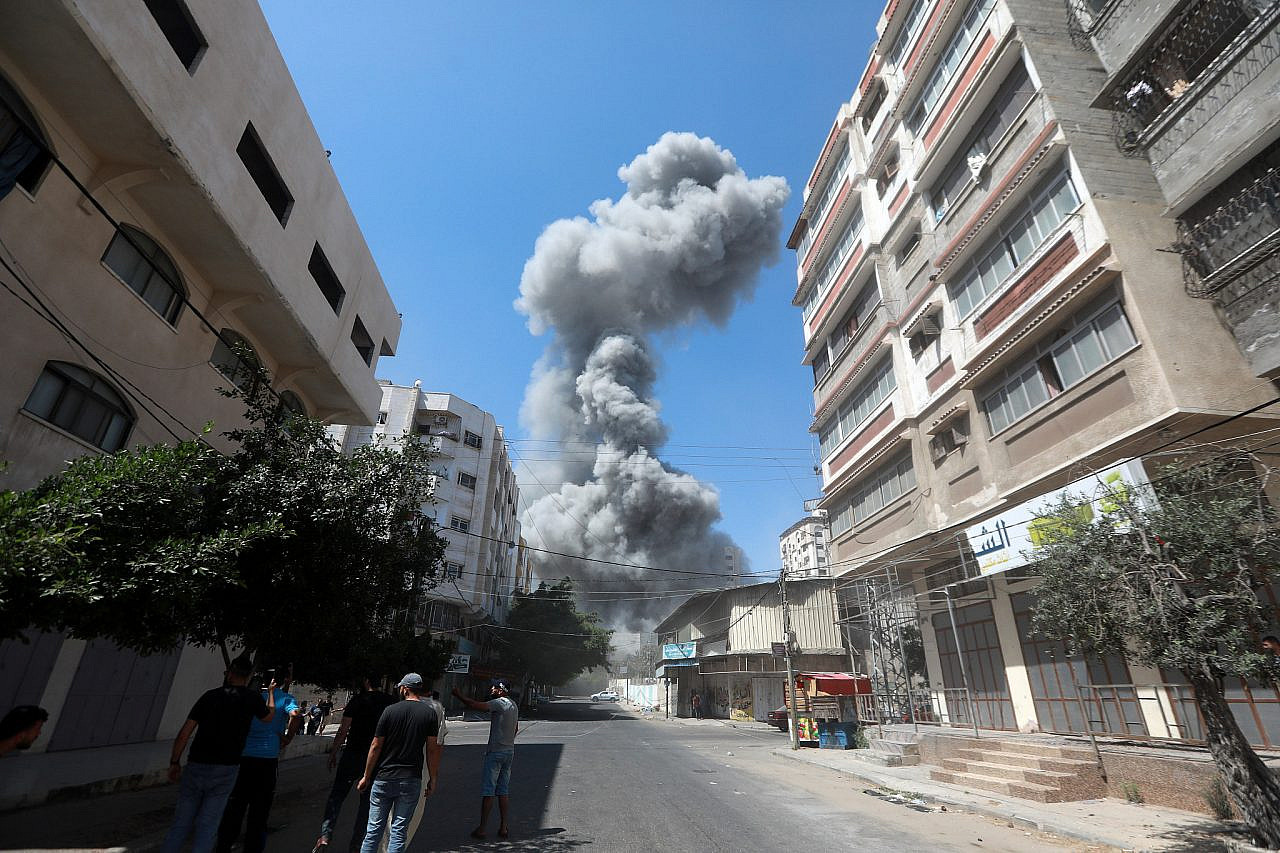 The percentage of articles censored in their entirety also declined relative to previous years, reaching a new low of 1.74 percent of all articles submitted for review. However, the absolute number of articles banned from publication increased slightly from last year.

This year, the military censor also provided for the first time a specific breakdown of their activities in May: out of all the articles submitted for review last year, 940 were submitted during that month, of which 242 were partially censored and 34 were censored in full. According to the censor (whose statement was sent to us via the Freedom of Information Law department in the IDF Spokesperson’s Unit), “a considerable part of the information that was banned from publication during the [Guardian of the Walls] operation was allowed to be published afterward, after the grounds for disqualification expired.”

A chilling effect on the IDF censor

The decline in the censor’s activity, even in periods of greater military activity, can perhaps be attributed to a change in leadership, given that most of the decrease has occurred since the retirement of Israeli Chief Censor Ariella Ben Avraham in early 2020 (who now works for NSO Group). Her successor, Doron Ben Barak, will be leaving his post in July to a new position that the censorship forbids mentioning. An additional explanation might arise from the fact that +972 Magazine has been publishing this data every year since 2016.

“The publication [of this data] creates a chilling effect, since the very knowledge that this information is being made public may have an impact on whether the censor decides to intervene in a news item or not,” says attorney Or Sadan of the Movement for Freedom of Information in Israel, who also leads the Freedom of Information Clinic at the College of Management Academic Studies.

The decline in the censor’s interference is a small consolation, however, when we consider the bigger picture: once every three days, on average, a military body prevents journalists in Israel from sharing with the public a story that they believe is worth publishing; and about four times a day, it interferes in the news that we read without us even knowing. This should shock anyone entertaining the illusion that we live in a democracy. 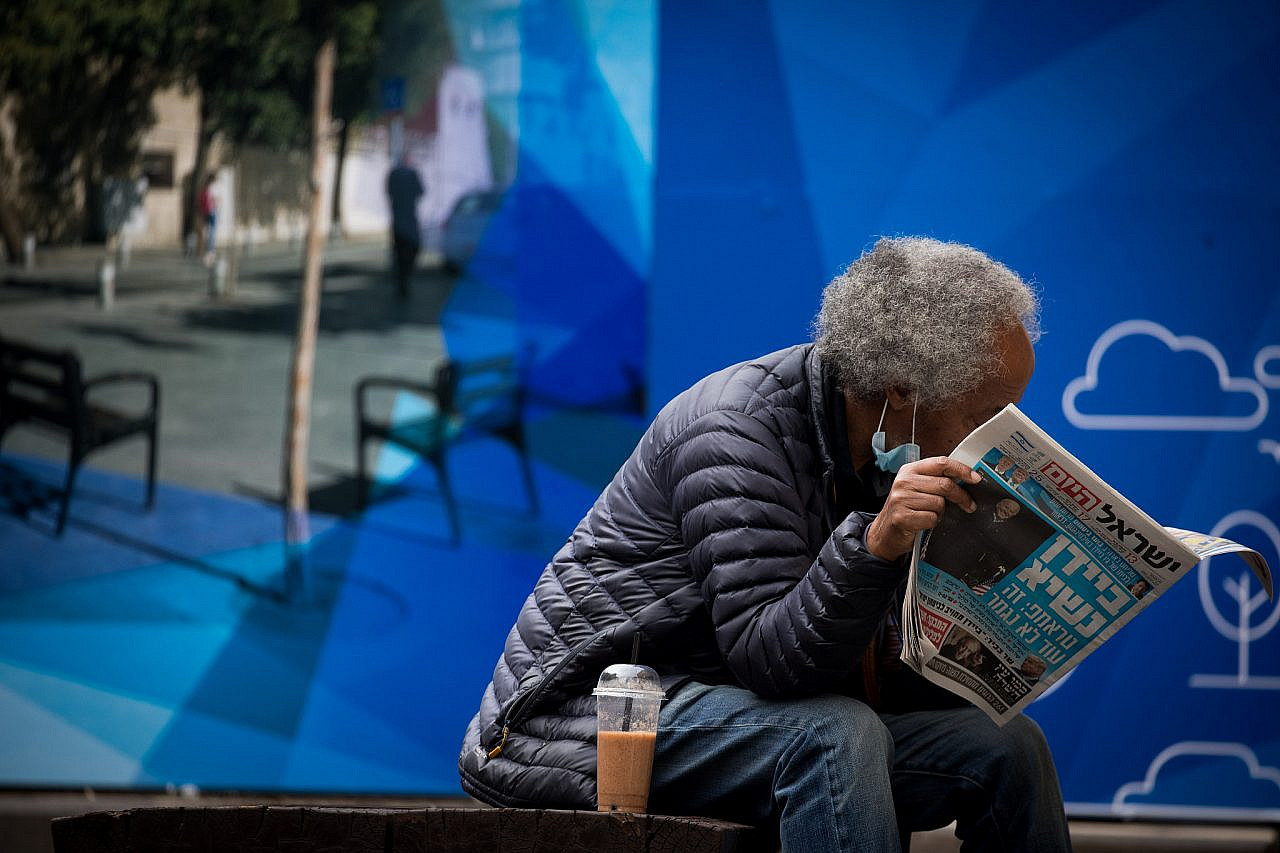 A man a reads an Israeli newspaper in downtown Jerusalem, November 8, 2020. (Yonatan Sindel/Flash90)

Although it is forbidden to publish the full list of topics that are subject to censorship, they include everything from equipment the army is using in the West Bank to troop movements, the location of rocket strikes, the identities of high-ranking security officials, and certain information about national infrastructure.

In that vein, it is no coincidence that there is no other Western democracy that uses a mechanism at all similar to Israel’s military censor, which requires all journalists to submit security-related articles for review before publishing — where the definition of “security” is so broad that its examples stretch over six pages — so they can be approved, altered, or banned entirely. Only rarely do we even hear about the censor’s intervention, as in the recent case where it prevented Israeli daily business paper TheMarker, and its journalist Gur Megiddo, from telling us why former Mossad Director Yossi Cohen traveled three times to the Congo and then got deported.

In contrast to censor’s transparency in providing data regarding the articles it interfered with out of those submitted for review, it refuses to answer several of our questions for which we have previously received answers — including how many articles it censored of its own accord after they were published without prior review, and how many documents from the Israel State Archives it has redacted or concealed from the public.

We asked the censor for its reasons for deciding to censor articles, and what the breakdown was for the different media outlets censored, but we did not receive a response to these questions. 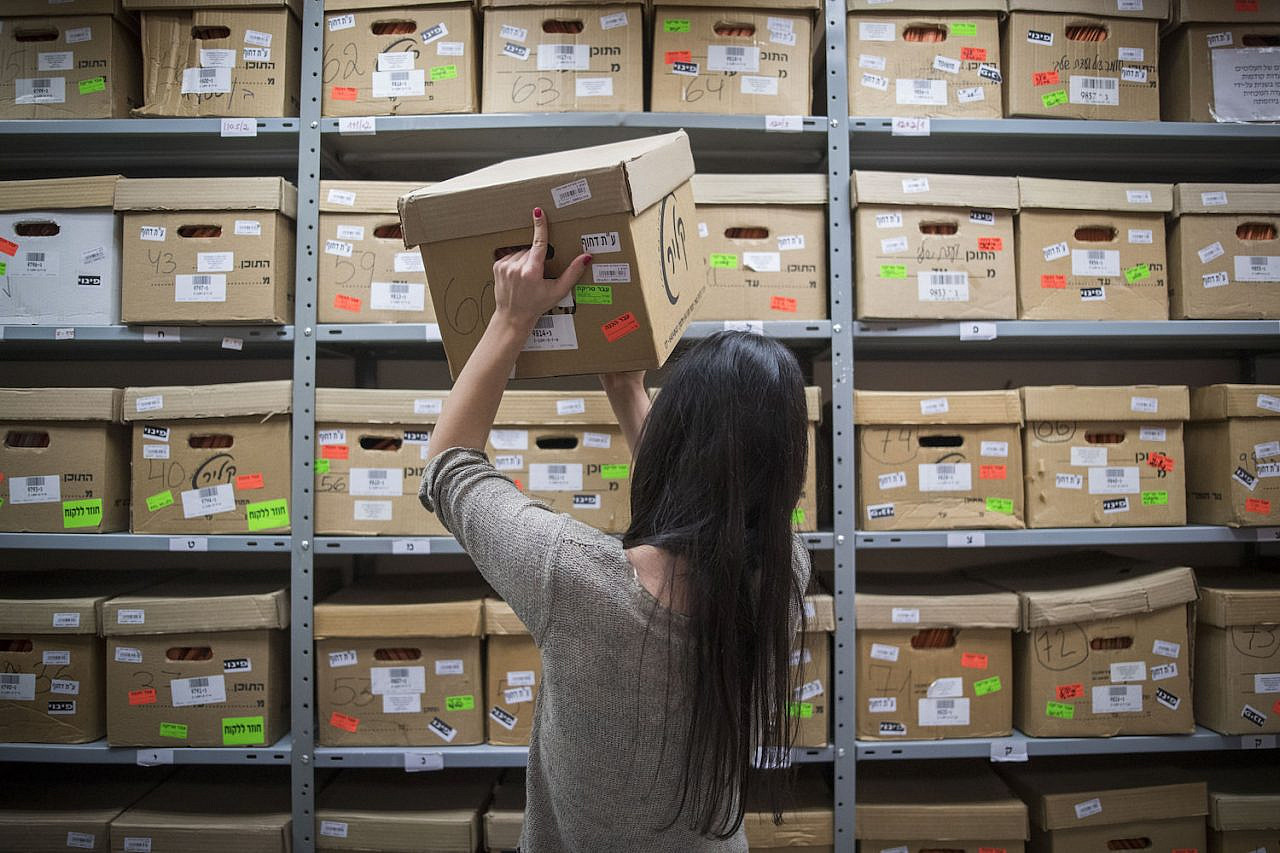 The censor is not supposed to interfere at all with the holdings of the Israel State Archives, which has an internal process for determining what to publish and what to censor. For years, the military censor therefore refrained from redacting these archival materials. But when the Israel State Archives began, in 2016, digitizing all of its holdings and transferring all of its activities online, the censor decided that these materials now did fall under its jurisdiction, adding a second layer of control and concealment on top of that of the archive. This has created an absurd situation in which files that were already physically available to the public, and which have been cited in academic research and other publications, suddenly returned to the shadows the moment the archive began being digitized.

Although it is concealing archival material that by law is supposed to be available to the public, the military censor refuses to tell us the extent to which it is erasing history. On behalf of the censor, we were only told that 3,145 files from the archive had been submitted to it last year, and that “the vast majority were approved for publication without change.” But this, as mentioned, reveals nothing.

“The era in which we are living shows us, year after year, how important it is to have a free press, at a time when in various places in the Western world the power of the press is diminishing,” concludes Sadan. “Anyone who seeks to protect freedom of expression should strive to have enough data to examine and criticize the actions of the censor, and so therefore the censor must cooperate with information requests regarding the scope of [its] censorship.”