On Monday night, the IDF demolished Palestinian homes closely identified with the Israeli Committee Against House Demolitions. Resistance and acts of solidarity will continue, but even resistance cannot keep pace with the massive Price Tag assault that is the Israeli Occupation. 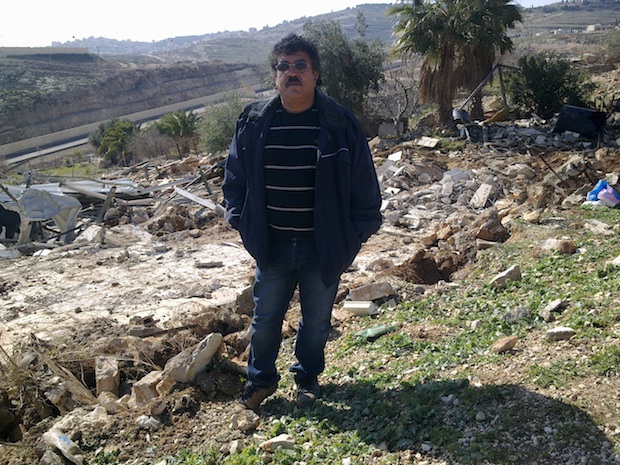 Salim Shawamreh stands on the ruins of his demolished home (photo: Jeff Halper)

It has become commonplace among violent West Bank settlers to randomly attack Palestinian mosques, homes, olive orchards and individuals in order to send a message to other Israelis. They are called “Price Tag” attacks, after the “signature” the settlers leave scrawled on the walls of the burnt-out buildings. In the dark of night this past Monday, January 23, the IDF carried out its own Price Tag assault on ICAHD, the Israeli Committee Against House Demolitions.

At 11:30 p.m. on that cold, rainy night, I got a panicky phone call from Salim Shawamreh, a Palestinian man from the West Bank town of Anata whose home has been demolished by the Israeli authorities four times and rebuilt as an act of resistance each time by ICAHD. “Army bulldozers are approaching my home,” he cried. “Now they’re beginning to demolish it!”

As has become routine, I alerted our activists, plus journalists and foreign diplomats, and we rushed out to Anata. We knew we could not save the homes, but we could resist; stand in solidarity with the families, soaked, with their belongings, in the rain; document what was happening and broadcast this latest war crime to the world. It was another of those thousands of attacks on Palestinians that occur daily but never reach the newspapers – probably because there are so many and they are so routine by now that they are not, in fact, “news.”

By the time we reached Salim’s house – which we rebuilt in 2003 and have called Beit Arabiya ever since, the “house of Arabiya,” home to Salim’s wife and mother of their seven children – it was gone. Salim himself was afraid to go down the hill to see it because of the soldiers, but I ran down. Even in the dark and rain I could see the ruins of the home, and the family’s belongings that had been thrown out. But I couldn’t tarry. The bulldozers had moved up the hill and were in the process of demolishing a Jahalin Bedouin enclave there – part of the Jahalin tribe that was being removed and relocated on top of the Jerusalem garbage dump near Abu Dis.

Our activists were already there, scuffling with the army and trying to reach the bulldozer to hamper its destruction. The soldiers, claiming that this was a “closed military area” but unable to produce any proper military order, attacked the activists physically and verbally. Itay Epshtain, ICAHD’s Co-Director, was hit with a gun and thrown to the ground. All the while, the soldiers cursed at “the anarchists and leftists.” One yelled at Rabbi Arik Aschermann from Rabbis For Human Rights to take of his skullcap because “he was a disgrace to Judaism.” But it was the women who received the most violent verbal abuse, in addition to physical. “May the Arabs here rape you!” one soldier yelled at an activist.

In the end, Beit Arabiya, six Jahalin homes and most of their animal pens were demolished before the army left. The bulldozer, protected by dozens of troops, belonged to a commercial contractor who was paid well for the demolitions by the Civil Administration, Israel’s military government in the West Bank that uses the word “civil” to downplay its military connections, and to make it appear that demolitions of “illegal” Palestinian homes are simply part of “proper administration.”

After staying with the families and promising to rebuild, we finally left to send out press releases; put out information on our website and social media; and begin mobilizing activists abroad and, through them, governments and UN bodies. Only when we returned early in the morning did we learn that yet another house had been demolished: that of the Abu Omar family, a family of 17 people who lived in a home that had been demolished last year, which ICAHD had rebuilt in our 2011 summer rebuilding camp. We had thought the bulldozer and soldiers had left for the Border Police base on the hill opposite Beit Arabiya and the Jahalin, but in fact they had only gone around Anata. At 3:30 a.m. they pounced on the Abu Omar family, forced them out of their home, removed their belongings and demolished it. The family was so dazed by the sudden violence, terror, confusion and need to protect the terrified children that they hadn’t even thought of phoning us.

The IDF attack on three sites that for years have been identified with ICAHD’s resistance activities was clearly an official, government-sponsored, violent Price Tag assault on Palestinians in order to “send a message” to ICAHD. Out of the tens of thousands of demolition orders outstanding in the Occupied Territory, they chose these three. In fact, the “message” had already been delivered. Already at the second demolition of Beit Arabiya in 1999, Micha Yakhin, the Civil Administration official responsible for overseeing the demolitions in that part of the West Bank, told me: “We will demolish every home you rebuild.”

ICAHD has rebuilt 185 demolished Palestinian homes in the past 15 years, all as acts of political resistance – not humanitarian gestures – all funded by donations. We will rebuild the homes demolished Monday night as well. The coming together of Palestinian families and community members, Israeli activists and international peace-makers to rebuild homes is one of the most significant forms of resistance, solidarity and mobilization. But Israel demolished 200 homes last year alone in the West Bank and East Jerusalem, of more than 26,000 Palestinian homes in the Occupied Territory since 1967. Resistance cannot keep pace with the massive Price Tag assault that is the Israeli Occupation.

Jeff Halper is the Director of the Israeli Committee Against House Demolitions (ICAHD). He can be reached here.

Get Our Weekly Newsletter
Before you go…
A lot of work goes into creating articles like the one you just read. +972 Magazine is nonprofit journalism, owned by many of our writers, editors, and journalists. In order to safeguard that independent voice, we are proud to count you, our readers, as our most important supporters. With your support, we can keep +972 Magazine a strong, independent, and sustainable force helping push the global discourse on Israel/Palestine.
DONATE
More About ICAHD 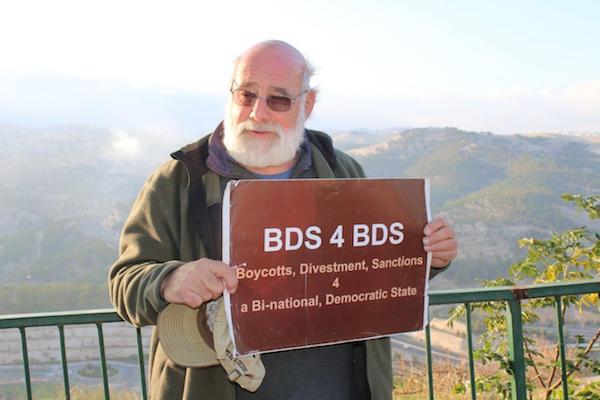 Supporting BDS is enough to get detained by the cops in Israel these days
Instead of simply announcing that it opposes BDS, which would be a perfectly legitimate stance, the Israeli government is criminalizing the movement and its advocates. The results won’t be pretty. On March 8 police near Jerusalem picked up an Israeli citizen who was just standing on the street. He was not doing anything illegal. Someone who lived in…
By Lisa Goldman March 14, 2017 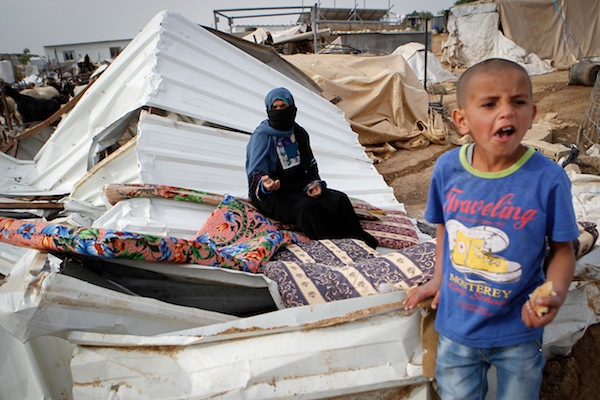 Equality could be the ultimate deterrence to violence
If the Israeli security establishment is looking for a proper way to put an end to violence, a little equality in the eyes of the law might go a long way. By Talal Jabari One of my very first assignments as a young journalist was to go to Shuafat Refugee Camp in East Jerusalem to take…
By +972 Magazine July 17, 2016 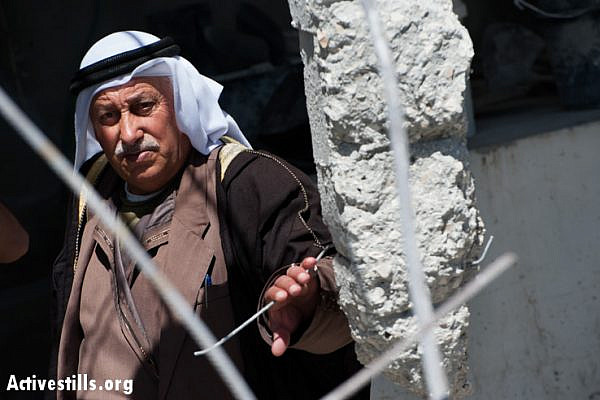 PHOTOS: The face of Israel’s discriminatory home demolition policy
Demolitions of Palestinian homes in East Jerusalem are part and parcel of Israel’s publicly stated plans to reduce and control the demography of Palestinians and non-Jews in Jerusalem. With little chance of receiving building permits, Palestinian families often decide to build anyway, hoping that maybe their home will be spared. On Wednesday April 24, Israeli…
By Activestills April 30, 2013