The chief military prosecutor investigates the IDF’s killing of three journalists and finds that ‘the [mortar] fire was carried out in accordance with Israeli and international law,’ in response to intensive fire toward IDF troops. 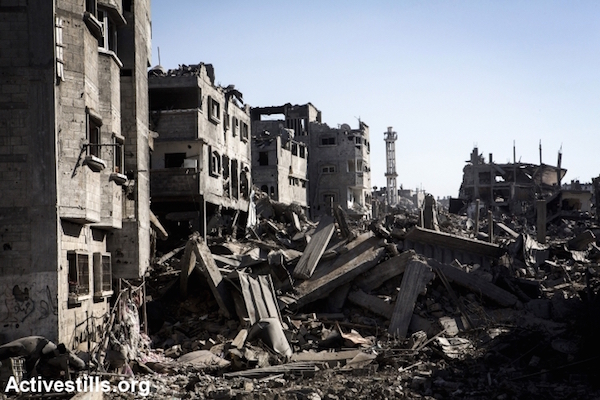 A destroyed quarter in Shejaiya neighborhood in the east of Gaza City, during a ceasefire, July 27, 2014. (Photo by Anne Paq/Activestills.org)

IDF Military Advocate General Danny Efroni decided not to open a criminal investigation into the killing of three journalists, among others, during Operation Protective Edge last summer, according the IDF prosecutor.

On July 30, 2014, IDF forces shelled the market area of the Shejaiya neighborhood in Gaza. Rami Rayan, 26, who reportedly worked as a cameraman for Gaza-based news agency PNJM, was killed on the spot in the shelling. Muhammad al-Diri, 26, who also worked as a cameraman for the same news agency, was wounded and died a few days later. Same al-Ariyan, 28, who worked as a presenter on Hamas’s television station Al-Aqsa, was also wounded in the shelling and died hours later.

Since the end of “Protective Edge,” the IDF General Staff, led by Gen. Noam Tivon, has been reviewing various incidents in which it is suspected that IDF soldiers broke the law. Roughly six months ago, the IDF Prosecutor announced [Hebrew] that the General Staff had examined a different incident, in which Gaza journalist Hamed Shaheb was killed, and reached the conclusion that there was no evidence Shaheb indeed worked as a journalist. It added that his vehicle was bombed because it was transporting weaponry.

At the same time, the Meir Amit Intelligence and Terrorism Information Center (ITIC) identified the journalists who were killed during the operation and reached the conclusion that some of them were terror operatives [Hebrew]. However, also according to the ITIC, the three journalists killed by IDF shelling on July 30 in the market area of Shejaiya were working as journalists at the time they were hit. Additionally, despite the fact that one of them was employed by a Hamas media organization, there was no evidence found that the three were involved in terrorism. 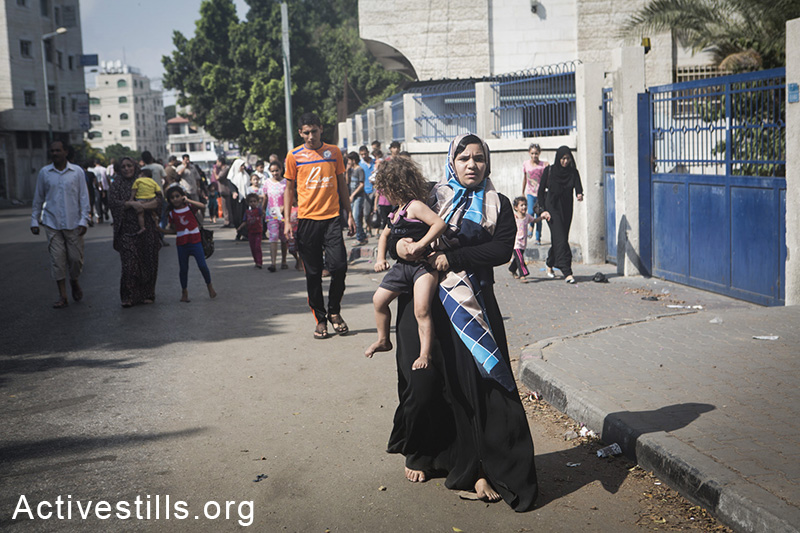 The IDF Prosecutor this week published the findings of the General Staff review of the events of July 30. The findings show that the three journalists were not killed while documenting civilians shopping in the market, as was reported in the Palestinian media. Instead, the review found, they were bombed as they arrived to film the bombing of a family home adjacent to the market. According to the IDF’s General Staff review, the strike on that home led to the deaths of seven people and a crowd civilians and journalists subsequently gathered around the house. Then the house was hit again and a number of those gathered were also killed.

According to the IDF Prosecutor’s announcement, the attack took place as the IDF was responding to mortar fire it identified as targeting its troops, and which wounded one soldier. In order to prevent harm to civilians the IDF held its fire for around an hour, during which the mortar fire continued. When the IDF ultimately returned fire, according to the Israeli military review, it was very restrained because it feared high “collateral damage.” IDF forces fired five mortar shells toward one of the identified sources of fire, and roughly 18 minutes later, when the mortar fire didn’t stop, it fired another 10 rounds at the same area.

“The [IDF] forces assumed at the time of the incident that the probability they would hit civilians was low,” the IDF Prosecutor’s announcement said:

Before the start of the ground incursion in [Shejaiya], a widespread warning to evacuate had been provided, which, according to the information in the force’s possession, had resulted in the evacuation of the vast majority of the civilian population in the neighborhood. An additional warning to evacuate was made two days prior to the incident, on 28 July, in order to keep the civilian population at a distance from the area of hostilities. Moreover, during the ongoing aerial surveillance carried out in the area in the period leading up to the incident, no civilian presence was identified on the roads and in the open areas of the neighborhood – which are the areas in which the danger posed by mortar shells is generally greater than the danger to those inside a building. In real time, no aerial surveillance capabilities were available to the forces. Thus, even if the possibility of civilian presence in the area had not been entirely ruled out, in consideration of the assessment that most of the population had evacuated and that no civilian presence was identified in the area prior to the incident, the understanding was that the risk of harm as a result of the limited fire was low.

The chief IDF Prosecutor, as communicated in the announcement, reached the conclusion that, “the [mortar] fire was carried out in a manner that accorded with Israeli domestic law and international law requirements,” because, “the fire was aimed towards mortars and their operators, with the aim of neutralizing their capacity to continue carrying out ongoing and intensive fire on IDF forces, who found themselves in a situation of clear and present mortal danger.”

Later in the announcement it says that:

The MAG found, that in the incident in question, there occurred a number of coincidences and series of events that a military commander should not be expected to predict – the shell that resulted in the first instance of extensive harm to civilians (members of the Al-Salak family) landed on a roof, at a time where there was a group of people on the roof (while the chance that the shell would penetrate the building and cause similar harm to persons inside, was lower); and the second instance of extensive harm was caused to a group who had gathered outside the house of the Al-Salak family, in the wake of the previous strike. At the time when the decision was made to carry out the second round of fire, IDF forces were not aware of the hit on the Al-Salak house as a result of the first round of fire, nor of the crowd which had gathered outside the Al-Salak house.

In light of the above, the MAG found that the commander’s assessment that the collateral damage expected from the strike would not be excessive in relation to the military advantage anticipated from it, was not unreasonable under the circumstances, in light of the information that was at his disposal at that time. As such the MAG found that there had been no misconduct on the part of IDF forces in regards to the incident in question, and that even though the ultimate outcome of the action was tragic, it does not affect the legality of the fire post facto. 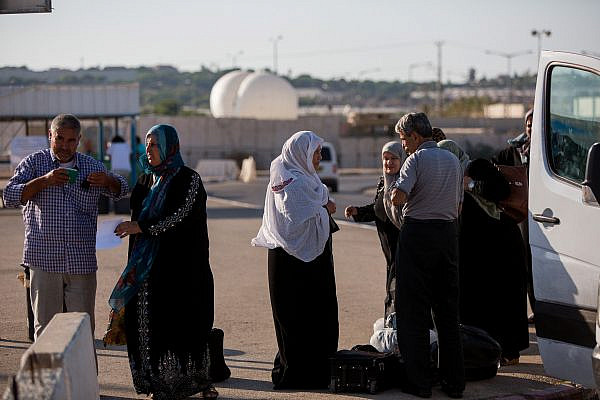