Yaron Deckel, who heads the third most popular radio station in Israel, orders his staff to refrain from using the term, saying it has been ‘adopted by the Palestinians and the Left.’ 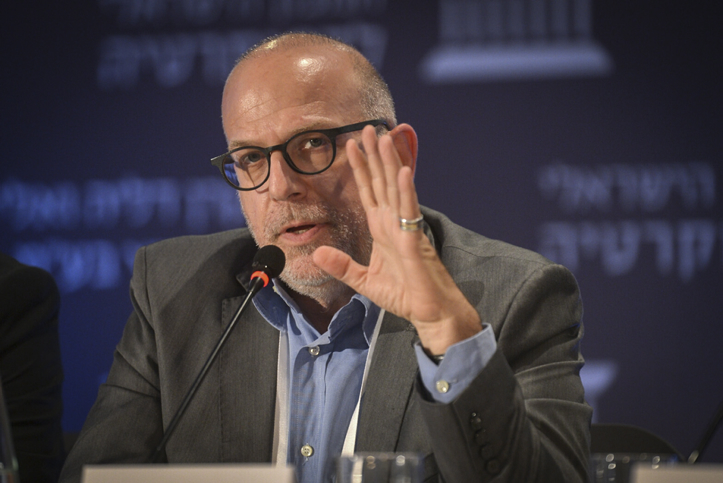 IDF Radio Commander Yaron Dekel, speaks at the Eli Horowitz Conference for Economy and Society, held by the Israel Institute of Democracy, May 24, 2016. (Flash90)

The commander of Israel’s Army Radio has ordered his staff to refrain from using the term “West Bank” while on air.

Yaron Deckel, who has served as the station commander since February 2012, sent a directive to his staff in which he said the decision was made since “West Bank” has been “adopted by Palestinians and the Left,” instead ordering them to use the word “territories” (“shtachim”) to describe the land beyond the Green Line.

Deckel is a veteran journalist who over the past five years has pushed the station — often viewed as left-leaning — to the right, including by canceling a number of shows belonging to left-wing hosts and hiring right-wingers. Earlier this year, Deckel fired Khen Elmaleh after she published a Facebook post expressing sympathy for Yacoub Abu al-Qi’an, who was accused by police of deliberately running over an officer in an alleged terrorist attack (al-Qi’an, it turns out, most likely did not carry out a premeditated attack, but was shot and killed by police nonetheless).

Deckel’s directive is not a new one. Army Radio management told ultra-Orthodox news outlet, Kikar HaShabbat, that Deckel was merely issuing a reminder to the staff after one broadcaster used the term “West Bank” on a show. “As part of his job as editor-in-chief, and as he requested throughout his tenure, the Army Radio commander repeatedly requested to use a neutral term that is not biased to any side… even the army uses the term ‘Judea and Samaria’ and not the term ‘West Bank,’ which was adopted by the Palestinian narrative.” 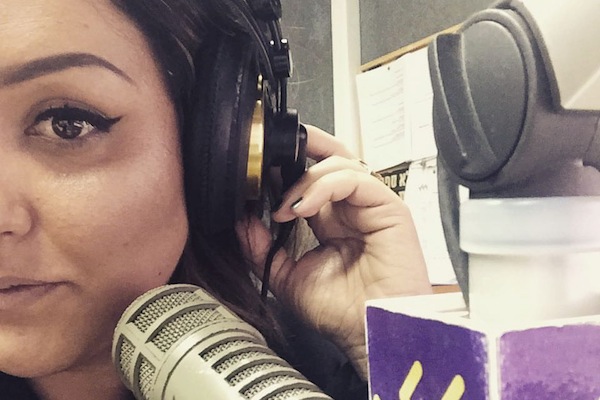 Army Radio program host Khen Elmaleh, who was fired by Yaron Dekel after expressing sympathy for a Bedouin citizen of Israel who was shot dead by police during what they claimed was a terrorist attack.

The term West Bank refers to the west bank of the Jordan River (meaning all the land west of Jordan, until the Green Line), and has historically been referred to as such by the Jordanian government. Save for the Israeli government and the IDF, which typically refer to the West Bank by its biblical name (“Judea and Samaria”), the international community, including the vast majority of journalists, have used West Bank to refer to the territory.

There is no doubt that choosing the most accurate terms and phrases to describe reality, especially in one as fraught and violent as ours, can be taxing. But Deckel’s directive has little to do with either accuracy or striking balance, and at this point neither he nor the station’s management are bothering to mask their calculus.

Official Israel has long ago gone to war against what Deckel and Army Radio, the third most-listened to radio station, call the “Palestinian narrative,” and frankly it is no surprise that a radio station run by the Israeli army asks its broadcasters to use terms favorable to the Israeli side. But the fact that a term used almost unanimously by media outlets and governments alike has now become associated with “Palestinians and leftists” (codewords for “enemies and traitors”) exemplifies the lengths to which Israel’s leaders and their mouthpieces will go to discredit anyone who dares humanize Palestinians and their story.

In the name of so-called balance, Deckel takes a swing at Israel’s perennial punching bags, allowing him to gain the potential support of those Israelis who view the media, including his station, as too left-wing or sympathetic to the Palestinian cause. But in a reality in which Israel has lorded over the Palestinians for nearly 50 years, and in which the status quo blinds Israelis into believing they can maintain a military dictatorship for another 50, Deckel’s orders are just a blip in the Right’s long-term goal: erasing Palestinians from our collective consciousness.