Ronen Shoval, Im Tirzu’s chairman, claims to be an uber-patriot. So why does he partner with a company dealing with enemy countries?

By Itamar Sha’altiel and Yossi Gurvitz. An earlier version of this report appeared here (Hebrew).

As part of their vendetta against human rights organizations, Im Tirzu published a report, which pretends to investigate the source of those organizations’ funding. It was said before that the whole report is based on Google searches and public statements by the HR organizations themselves; and Google is, indeed, an excellent investigative tool. For instance, Google allows us to find the connection between Ronen Shoval, the chairman of Im Tirzu, and funds originating in enemy countries.

A reader, who prefers to remain anonymous, sent us some links which tell most of the story. Let’s start at the beginning: Ronel Shoval is Director of Strategic Marketing in a company called “Accells,” whose CEO is Eduardo Shoval, Shoval Junior’s father. Accells is a “a contactless network provider, [that] wants to enrich the experience at the POS for consumer and merchant communities.” 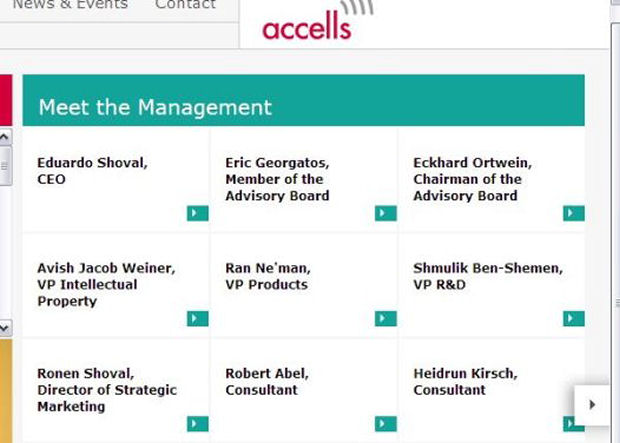 Two days ago, new reports said that Accells is partnering with Fundamo, a partnership intended to increase the penetration of NFC (short range wireless technology, mostly used for digital wallets) into developing markets. Fundamo is an interesting company, of the sort Im Tirzu would cook for dinner.

The company develops financial cellular services, and is very much present in developing markets: Richard Bailey, Fundamo’s product manager, explains that “In Africa, we have worked closely with MTN [a service provider], and also Yemen, Iran, Afghanistan and Syria.” Hannes Van Rensburg, CEO of Fundam, said in an interview that “We work literally in war zones.  We have customers in Afghanistan, in Iran, in Iraq, in Liberia, in the Democratic Republic of Congo.” Emphasis mine. 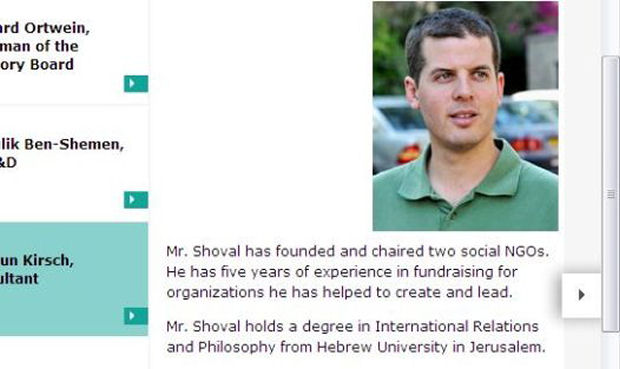 Ronen Shoval's bio in Accells' site (Screencap from the site)

This, in fact, is Fundamo’s main strength. It prides itself on working in 40 countries, 27 of which are in Africa and in the Middle East. Fundamo, as we said, specializes in developing markets – precisely the point of its partnership with Accells.

In the news item describing the new partnership, Eduardo Shoval, Accells’ CEO, said: “We are especially excited to bring the benefits of our contactless network to emerging markets, where retail payment and other new mobile services can simplify everyday life through less queuing, greater personal safety and more financial control. Fundamo’s strong, established presence in these markets makes them an ideal partner for us in the launch of our services. We are pleased to have won Fundamo’s confidence in pursuit of this large and growing opportunity.” In other words, Accells chose Fundamo because of the locations it provides services to.

Ronen Shoval and Im Tirzu have repeatedly refused to provide explanations for their sources of funding. One of the assumptions trying to explain the gulf between Im Tirzu’s purported budget and the cost of their campaign against the NIF said Eduardo Shoval, a rich man in his own right, provided the difference. And now it turns out that Ronen Shoval, the first among our patriots, has no compunctions whatsoever about partnering with a company doing business with such enemy countries as Iran, Iraq and Yemen, as well as prime public enemy (though not officially hostile) Iran.

Seeing as Im Tirzu’s speaker said once he would be willing to take money from Hitler himself, this shouldn’t be a big surprse. And, truth be told, I don’t see particular problem with Fundamo’s global reach. But it’s a good opportunity to remind the public we still don’t know where most of the money for Im Tirzu’s campaigns came from (Hebrew). And, anyway, is there a more pleasant sound than the crashing of glass houses?

Since Ronen Shoval has repeatedly refused to answer our questions in the past, we did not bother with asking for his response this time.