The recent controversy over remarks made by President Peres regarding negotiations with Palestinians exposes how the ‘center-left’ pays lip service to the two-state solution, while still preferring a one-state solution with Jewish supremacy.

During the current election campaign, two of the most popular party leaders identified with the center-left have done almost everything in their power to avoid saying anything left-sounding on the Palestinian topic. Yair Lapid, leader (and personification) of Yesh Atid, and Shelly Yechimovitch, head of the Labor party, have often tried to position themselves to the right of this issue (Yachimovitch saying nice things about settlements, Lapid opposing division of Jerusalem and favoring a free hand for the IDF).

Three weeks before the elections, the past few days have witnessed a rare break in this trend. The occasion was a speech by the supposedly non-political head of state, President Shimon Peres, before Israeli ambassadors to foreign nations. Peres presented his well-known position, that the president of the Palestinian Authority, Mahmoud Abbas, is willing and able to make the concessions necessary for an agreement on a two-state solution with Israel. He criticized statements to the contrary, made by Prime Minister Netanyahu and former Foreign Minister Lieberman (both of the Likud-Beitenu party).

His message apparently resonated with the audience who, later in the same conference, complained that defending Israel abroad is made more difficult by the government’s intransigent positions and actions (a point reaffirmed by a recent think tank report). They were promptly told by Israeli National Security Advisor Yaakov Amidror to keep their opinions to themselves or resign and run for political office.

The president got only a slightly milder treatment. Likud-Beitenu issued a statement expressing disappointment in the president, blasting him for being “disconnected,” causing damage to Israel’s image abroad, and calling Abbas a “peace refusenik.”

Lapid and Yachimovitch could have settled for defending the popular president, an octogenarian who in two-thirds of a century of political activity has gone from defense-establishment hawk to hated symbol of the left to quintessential consensus figure and elder statesman. Instead, they both chose to combine their spirited rejection of the attacks on Peres with a relatively strong defense of the two-state solution, arguing that it is the only Zionist solution with a national consensus behind it.

The latter point is confirmed by a recent poll, showing a majority support for a two-state solution – including the division of Jerusalem – among the general public, and even among more than 50 percent of right-wing Likud-Beitenu and HaBayit HaYehudi (The Jewish Home) voters. Indeed, it may explain the response of Yachimovich and Lapid, 90 percent of whose voters support this solution.

Yet the two-state position (tepidly supported by Netanyahu as well) was not the main point of contention in the uproar over Peres’ remarks. Right-wing ire was raised by the contention that Abbas, the Palestinian leader, was a genuine partner for peace talks.

That is the crux of the matter. The real debate among Israel’s major parties is not about the two-state solution. It is about how to best avoid it. Peres, Lapid, Yachimovich and Israel’s ambassadors all prefer the method of endless negotiations, backed by ceaseless proclamations of good faith and willingness to make concessions, which was government policy for most of the last two decades (including Peres’ tenure as prime minister in 1995-1996). The current version of Likud, on the other hand, believes that the best way to achieve pretty much the same goal is to constantly decry any credible Palestinian interlocutor as a fraud.

Abbas is a problem for them because it is hard to pin this label on him. Under his leadership, the Palestinians have boosted security cooperation with Israel, and he has made unprecedented remarks regarding concessions on Palestinian refugees’ right of return, and on recognizing Israel as a Jewish state.

In response, Lieberman, when he was still Israel’s Diplomat-in-Chief, called Abbas “a liar, a coward and a weakling,” accusing him of “diplomatic terror” (which is apparently “more serious” than “conventional terror”) for harshly criticizing Israel, promoting an economic boycott of the settlements, and trying to gain recognition for a Palestinian state  in the UN.

The weakness of these charges exposes the precarious position of the current Israeli government (which, nonetheless, has suffered very little internationally for it). Yet is the opposition any better? Yachimovich and Lapid, as mentioned, are trying to stir clear of this topic, except when they need  to show their base they haven’t gone completely off the deep end, as had happened following the attack on Peres.

These negotiations have made it clear that Palestinian leaders understand that the hope of a mass return of Palestinian refugees to Israel is unrealistic. But they have also shown that Israeli governments, of all political stripes, do not show the same realism regarding the second core issue of borders, including in and around Jerusalem.

On this issue, the offer that has been labeled the most “generous” by an Israeli leader was made by Olmert in 2008, included the annexation of 6.4 percent of the West Bank to Israel (with land swaps in other places to compensate for that territory). That proposal, while entailing the eviction of many settlements, would have kept in place towns such as Ma’ale Adumim and Ariel, slicing the West Bank into several isolated enclaves, making any Palestinian state completely non-viable.

Olmert’s offer came on the heels of a Palestinian proposal which suggested annexing 1.9 percent of the West Bank to Israel, keeping in place 63 percent of the settler population, while calling for the eviction of the large settlements that sit at the heart of Palestinian territory.

That is the real issue at stake. Not the two-state solution, nor Abbas’ character as a potential partner for peace. It is a bit more than 4 percent of the West Bank, settled by less than 3 percent of Israel’s population, and necessary for the making of a viable Palestinian state. This is the 4 percent that Livni is not willing to give up (she even thought that Olmert’s offer went too far), not to mention Lapid or Yachimovich.

If the choice is between that 4 percent of territory or a one-state solution based on Jewish supremacy (the status-quo ante), they prefer the latter. As long as that is the case, their main contention with the right is, and will remain, over diplomatic tactics rather than substance. 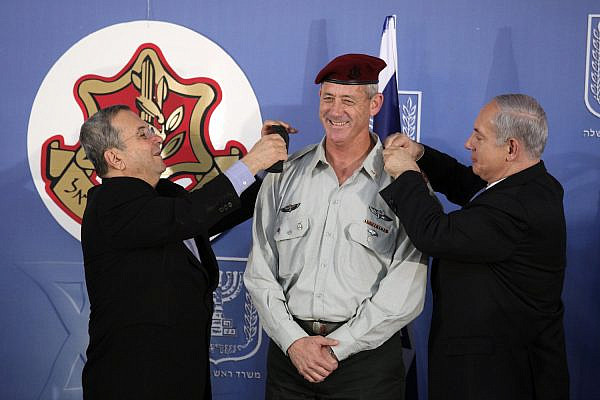