Israeli army investigators have not even contacted the teenage victim of one of the few alleged war crimes it says it is probing. More than two months after Israel’s assault on Gaza began, victims of the air, land, and sea invasion continue to have no recourse against their occupiers.

It’s been nearly two months since 17-year-old Ahmad Abu Raida says he was used as a human shield by Israeli forces near the Gaza border town of Khan Younis. Since then, human rights organizations and various media outlets have reported on the case (+972 was among the first), but Abu Raida has yet to face his alleged captors — and, so far, his family sees no hope for justice.

Although Israeli army’s office of the Military Advocate General said it has opened an investigation into the case, Abu Raida’s father said on Monday that neither he nor his son had been contacted by the military. That comes as no surprise to Brad Parker, an attorney with Defence for Children International’s Palestine section, which first documented Abu Raida’s story.

“Impunity is the norm, as investigations are neither transparent nor independent and rarely result in an Israeli soldier being held criminally responsible or accountable,” Parker told +972. “How serious can any investigation be where, as of today, no Israeli investigator has even contacted Ahmad or his family to gather information concerning his use as a human shield?”

Abu Raida’s case is one of only a handful still being “investigated” by the MAG’s office. Meanwhile, Human Rights Watch said last week that Israel had committed war crimes during its 51-day assault on Gaza this summer. Others, including participants in the upcoming Russell Tribunal on Palestine, are asking whether Israel’s actions constituted “genocide.”

The tribunal, slated for September 24-25 in Brussels, will include law professors John Dugard and Richard Falk, both of whom have served as the UN’s Special Rapporteur on Human Rights in Palestine. In a press release announcing the two-day “extraordinary” session, the organizers said: “[t]he Tribunal will examine Israeli war crimes, crimes against humanity, and, for the first time regarding Israel, the crime of genocide.”

The United Nations defines genocide as “any of the following acts committed with intent to destroy, in whole or in part, a national, ethnical, racial or religious group: killing members of the group; causing serious bodily or mental harm to members of the group; deliberately inflicting on the group conditions of life calculated to bring about its physical destruction in whole or in part; imposing measures intended to prevent births within the group; forcibly transferring children of the group to another group.”

“In a context where systemic impunity is the status quo, initiatives like the Russell Tribunal on Palestine are needed to push for and deliver justice and accountability,” said Parker. He also cited the International Criminal Court, but attempts to bring claims against Israel there have been hobbled by Palestinian Authority President Mahmoud Abbas, who has yet to sign the Rome Statute defining the court’s purview.

For Palestinians with claims against Israel, the lack of recourse under international law only encourages the state’s impunity. Using language from the ICC itself, leading Israeli human rights organization B’Tselem announced on September 8 that it would no longer cooperate with the MAG because Israel is “unable and unwilling” to investigate itself.

Meanwhile, the Abu Raida family, like tens of thousands of others whose homes were damaged or destroyed during Israel’s air, land and sea bombardment, continues to piece together what remains of their lives. In that sense, they are among the fortunate in Gaza, where more than 2,100 people, including 501 children, were killed. How that happened — and who will be held responsible — remain pressing questions for Gaza’s 1.8 million Palestinians. 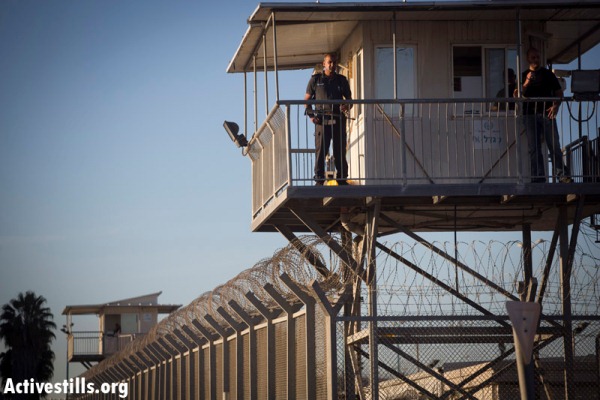 The forced transfer of Palestinian detainees — why it matters
International law is clear that prisoners should not be transferred outside of an occupied territory — both to allow their families access to them and to prevent forced population transfer. But that’s not all that’s at stake. By Gerard Horton Palestinian children detained in the Israeli military detention system should be held in facilities located…
By +972 Magazine December 19, 2015 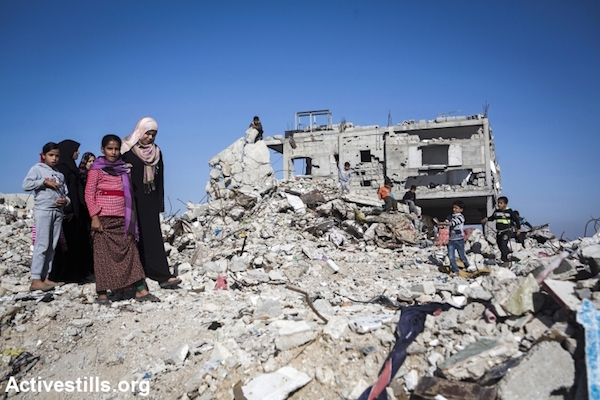 Palestinian groups present ‘war crimes’ evidence to the ICC
The International Criminal Court prosecutor is conducting a ‘preliminary examination’ into the 2014 Gaza war. But are Israeli officials at higher risk of prosecution for illegally building settlements in the West Bank? Four Palestinian human rights organizations submitted research, testimonies and documentation to International Criminal Court prosecutor Fatou Bensouda on Monday, which they said contain evidence of…
By Michael Schaeffer Omer-Man November 23, 2015 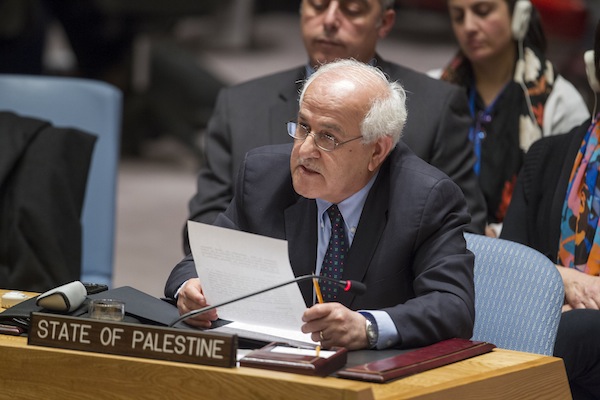 How ICC membership could revive Palestinian statehood at the UN
Could a shift in U.S.-Israeli relations lay the groundwork for bolder legal and diplomatic moves in the international arena against Israel and the occupation? By Lolita Brayman Prime Minister Benjamin Netanyahu’s election success is being portrayed by some as a victory for the international aspects of the Palestinian cause. For months, Palestinians have been trying…
By +972 Magazine March 25, 2015