What does it say about a democracy when a law is enforced selectively in order to further a political or personal vendetta against a private citizen? 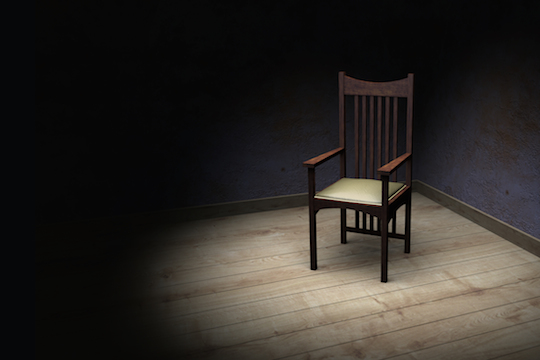 Illustrative photo of an interrogation room (Photo by Shutterstock.com)

In Israel there is something called the Prevention of Infiltration Law, which prohibits citizens from traveling to a list of so-called “enemy states.” The law is little known and almost never enforced. In fact, it is common and widely accepted practice for Israeli businesspeople and journalists with additional citizenship to travel to “enemy” countries using their alternate passports. Some journalists, like Channel 2’s Itay Anghel, are famous for having used alternate passports to report from places like Kuwait, Iraq, Afghanistan and, most recently, Syria. They are regarded as intrepid reporters who bring valuable insight to Israeli news consumers.

I only learned about the law’s existence when the police accused me, during an interrogation that took place in November 2007, of having violated it when I traveled to Beirut, where I reported for Israel’s Channel 10 one year after the July 2006 war.

It is not pleasant to be interrogated by the police. At the time I felt angry and also vulnerable, because I was a freelancer without the protection of familial ties in Israel. But in retrospect the interrogation itself was not really traumatic. Two plainclothes detectives, who I suppose were low level Shin Bet officers, gave me coffee and asked me some not particularly intelligent questions for three hours or so, while one of them painstakingly pecked out my responses on a computer keyboard, using his two index fingers. A couple of weeks after the interrogation one of the officers informed Israel Radio that I was under investigation, which was the lead story for a few hours or maybe a day. At the shuk, the guy I bought peppers and tomatoes from yelled that I was a troublemaker who had endangered the state’s security. So I bought my vegetables from another seller, the story eventually died and I heard nothing further from the authorities.

Going into the interrogation, I did not understand why I had been singled out. But about an hour into the questions, one of the officers showed me a letter from Danny Seaman, then director of the Government Press Office. He had sent the police a DVD recording of my Channel 10 report, together with a letter outlining the Law Against Infiltration. A year earlier, I had filed a formal complaint against Seaman with the Civil Service Commission. I accused him of using threatening and abusive language against me, and of pursuing personal vendettas against qualified journalists by withholding their press credentials. That is how I came to understand that this law against infiltration had been dusted off and was being used indirectly by a senior civil servant who was pursuing a vendetta against me. 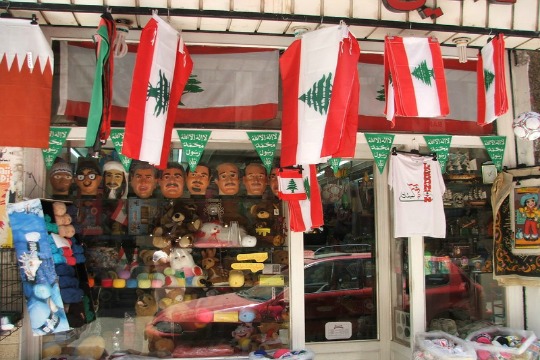 Flags and masks of Lebanese politicians at a Beirut shop, 2007 (Lisa Goldman)

This week, a 24 year-old Palestinian-Arab citizen of Israel named Majd Kayyal was accused of breaking the same law. Like me, Kayyal traveled to Beirut. He attended a journalism conference sponsored by As-Safir, a veteran Lebanese publication for which he is a contributing writer. But unlike me, Kayyal did not receive a summons to visit the police station four months after his trip. He was not given coffee and questioned for a few hours in a well lit room with an open window, before being allowed to return home. Kayyal was arrested immediately upon landing. He spent five days in a windowless cell, without a bed, the overhead light kept on ’round the clock so that he would lose his sense of time. He was interrogated aggressively and not allowed to see his lawyer. He was accused of having made contact with enemy agents, and with having violated the Law to Prevent Infiltration, but his lawyers were not allowed to be present during the initial court hearing. And a judge granted the Shin Bet’s request for a gag order, so the media did not report on the arrest either.

Today (Thursday), Kayyal was released on bail. The charge of contact with an enemy agent was dropped, but he is still accused of having violated the Law to Prevent Infiltration. In other words, a law that is not enforced at all against prominent, male Jewish Israeli journalists and only used slightly to intimidate a female Jewish freelancer who is an immigrant without any real connections, is enforced to the fullest, cruelest extent against a native-born Israeli citizen who happens to be a Palestinian Arab.

Kayyal is a political activist. He participated in one of the attempts to break the Israeli army’s blockade of Gaza by boat. He is the editor of the website for Adalah, a NGO that works to protect the legal rights of Arab minority citizens of Israel. Last week he traveled openly to Beirut, writing about his trip in Arabic for the website Jadaliyya. In other word he pissed off the security establishment, which dislikes dissent in general — but particularly dissent from Arabs. And because Kayyal’s activism and his ethnicity frighten those who regard “Arab Israelis” as a potential fifth column, most Israeli Jews will accept the Shin Bet’s claim that he represents a security risk, despite the lack of evidence to support this claim. They will turn a blind eye to the fact that Kayyal was denied his legal right to see an attorney. They will somehow justify his having been thrown into a windowless cell and interrogated for five days, even though the only law he is accused of breaking is the one Jewish Israelis violate with impunity, on a regular basis. They will forget that he is a citizen, who is supposed to have the same rights as they. Because in Israel, not all citizens are created equal.

Every Israeli high school graduate knows what happened in 20th century Europe when laws were enforced selectively based on a citizen’s ethnicity or religion. They know this is wrong and anti-democratic. But somehow when it comes to current events in their own country, they can’t connect the dots.

BECOME A MEMBER
More About prevention of infiltration law 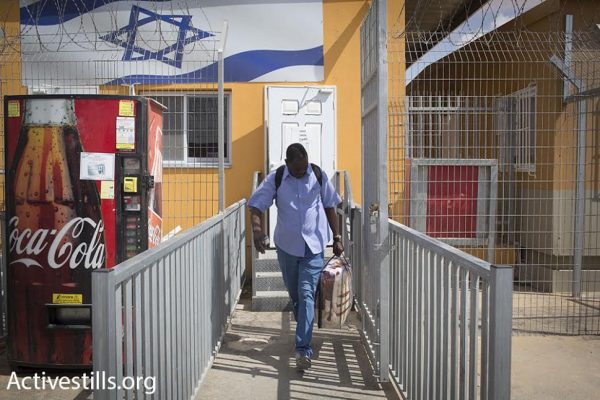 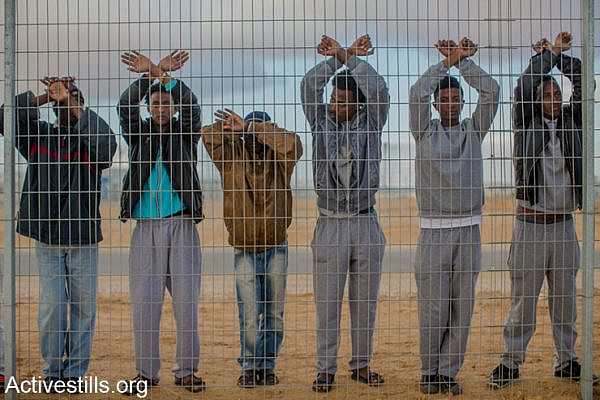 Asylum seekers to stay in prison while Israelis hit the polls
Human rights organizations pledge to challenge the latest iteration of the Prevention of Infiltration Law; new poll gives Livni and Labor a chance; Arab parties agree in principle to a joint list; High Court to hear Zoabi’s challenge to Knesset suspension. Before disbanding itself ahead of elections, the Knesset on Monday passed its third try…
By Michael Schaeffer Omer-Man December 8, 2014

Lapid and Livni’s last act should be to shut down Holot
Yair Lapid and Tzipi Livni have one last chance to leave a positive legacy: make sure Israel doesn’t continue the administrative detention of African asylum seekers who have committed no crime. There is little doubt that Yair Lapid and Tzipi Livni will be the biggest losers of Prime Minister Benjamin Netanyahu’s decision to fire them…
By Michael Schaeffer Omer-Man December 2, 2014