The villagers of Kufr Qaddum look for a creative way to protest the occupation. 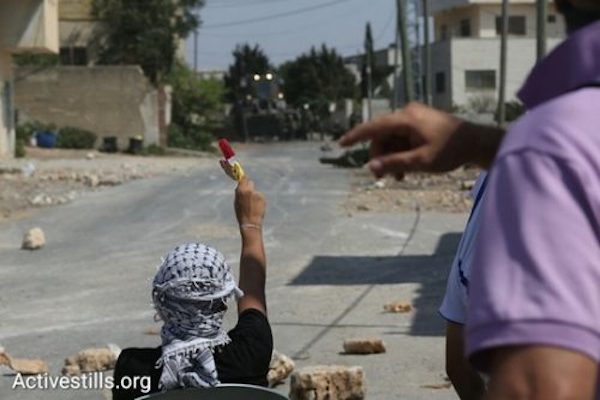 Popsicle against the occupation. Protesters offer popsicles to soldiers sitting across from them. Qaddum, August 28, 2016. (Oren Ziv/Activestills.org)

About a hundred and fifty Palestinians, and a few Israelis, took part in a weekend demonstration against the settlements and occupation of Kafr Qaddum. The soldiers were waiting for them in the village, as they do every week. After the demonstrators marched a few hundred meters, the soldiers began shooting rubber bullets and firing tear gas. Some demonstrators threw stones in response, thus the cat and mouse game between soldiers and protesters began throughout the village.

The demonstration ended, unusually, without anyone wounded or detained.

Kafr Qaddum is situated on the road between Qalqilya and Nablus. Although the village itself is located in Area B, which is under Palestinian civilian control as it were, a large portion of the villagers’ agricultural land is in Area C, which is under direct Israeli control. 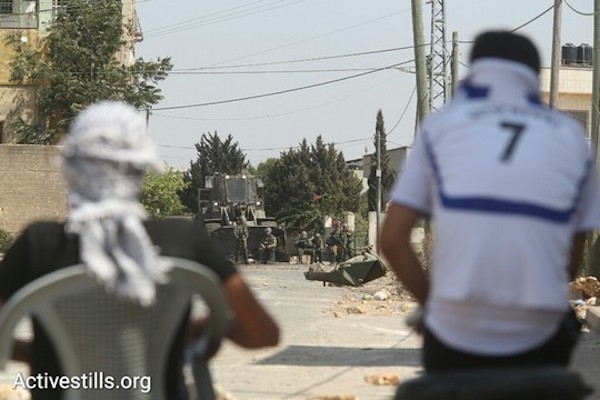 A row of demonstrators sitting across from a row of soldiers. Qaddum, August 28, 2016. (Oren Ziv/Activestills.org)

For years, villagers have demonstrated every weekend to protest the closure of the road that connects the village to the adjacent Highway 55. The road was closed at the beginning of the Second Intifada because of its proximity to the settlement Kedumim, and has not been reopened.

Over the years, the army has used a variety of creative techniques in attempt to quash the protests: dogs, barriers used for collective punishment against the villagers; arrests; violent night raids; frequent use of tear gas and ‘skunk,’ which is sometimes sprayed directly into the residents’ homes; scattering leaflets threatening to arrest children of the village; shooting rubber bullets; and firing live ammunition. 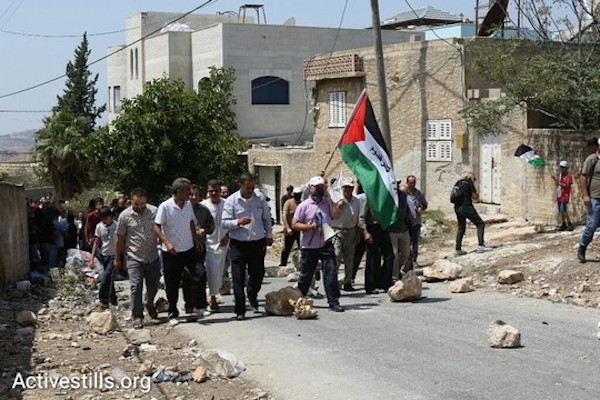 A march at the start of the protest in Kafr Qaddum. August 28, 2016. (Oren Ziv/Activestills.org) 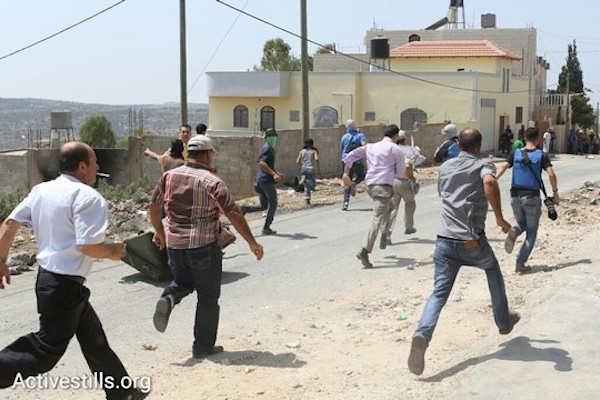 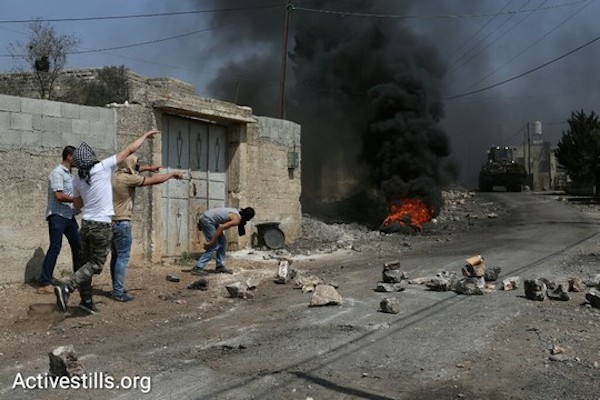