The verdict on the 2003 killing of Rachel Corrie absolved Israel of any wrongdoing, essentially blaming the victim for her death. The trial revealed Israel’s approach to the most fundamental principles of international law, and especially to the duty to protect non-combatants. 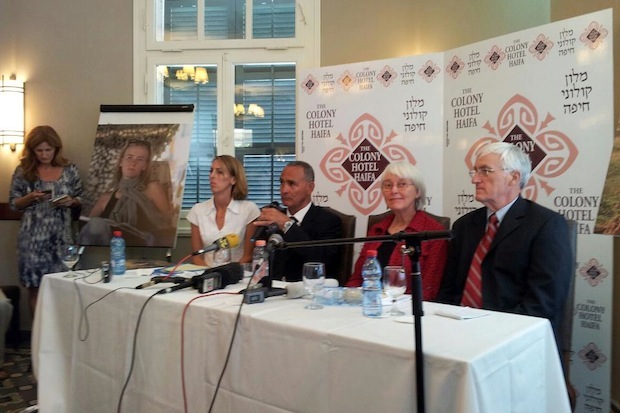 For those who hoped for a just verdict on the death of Rachel Corrie, the American student and ISM activist killed by an Israeli bulldozer in Gaza in 2003 as she was defending a Palestinian home about to be demolished, this is a sad day. Not surprising, but still sad and bitter. The judge who decided the case, Oded Gershon, absolved the army of all blame, despite massive and internally contradictory testimony to the contrary. Moreover, he essentially blamed Rachel for her own death, commenting that a “normal person” would have run away from the bulldozer rather than confront it.

Palestinians and Israel human rights activists have learned that justice cannot be obtained through the Israeli judicial system. The Haifa District Court, in which the trial was held, could not have ruled other than how the state wanted. For the past 45 years of Israeli occupation, the Supreme Court has excluded from its rulings all reference to international humanitarian law and to the Fourth Geneva Convention in particular, which protects civilians living in conflict situations and under occupation. Only Israeli law applies in the Occupied Palestinian Territories – military law and orders – and the courts have restricted even that form of law by declaring that in instances of “security,” they defer to the military. As in Rachel’s case, the IDF thus has carte blanche to commit war crimes with impunity, with no fear of accountability or punishment.

Sending IDF American-made Caterpillar bulldozers to demolish Palestinian homes in Gaza or anywhere in the Occupied Territories is a war crime. To what degree Israel ignores, violates and distorts international law was particularly evident in the testimony of Pinhas “Pinky” Zuaretz, the brigade commander who supervised the illegal “clearing” of Palestinian homes from that area of Gaza. “There are no civilians in military conflicts,” he testified, directly contradicting one of the most fundamental principles of international law, the duty to protect non-combatants.

When justice and law become separated as they have in Israel, the law is demeaned and becomes merely another tool of oppression. As a human rights defender, a status articulated and defended by the UN, Rachel Corrie had every right – even a responsibility – to intervene in the violation of universal human rights. It is incumbent on governments, courts and concerned individuals alike to ensure that human rights are enforced, especially when those being oppressed have no power to defend themselves. The attempt of this Israeli court to present Rachel’s death as the consequence of the irresponsible actions of a person who should not have been defending Palestinian human rights in the first place denies both the culpability of a state engaged in illegal activities and the duty of citizens to work for universal justice.

While we all would have hoped that Rachel and her family could have received justice from the Israeli legal system – something also denied to the other human rights defenders, including Israelis, who have been killed and injured in their battle against the Israeli occupation – the issue at stake is even larger: holding Israel accountable for its actions. But eliminating any reference to international law, the Israeli judiciary, all the way up to the Supreme Court, has helped construct a legal system in which justice is impossible.

Universal jurisdiction requires that state courts enforce the provisions of the Fourth Geneva Convention. The International Criminal Court could be an appropriate venue to try Israeli military officials and their civilian superiors, including the defense minister at the time of Rachel’s death, Shaul Mofaz; the Chief of Staff, Moshe Ya’alon (now Israel’s deputy premier); the commander who presided over Gaza, Doron Almog; “Pinky” and the driver of the bulldozer. But since Israel (like the United States and China) is not a party to the ICC, that will not happen.

Until such a time that international law, human rights and justice are genuinely incorporated into national legal systems, in Israel and internationally, the rights and lives of all of us, “normative” citizens as well as the oppressed, are in jeopardy. This is what Rachel and her family have shown us so clearly. This is their genuine contribution, even if justice has been denied them. It is up to all of us to join with the Corries to carry on Rachel’s struggle for a just peace between Palestinians and Israelis – and for a world based on human rights and universal principles of justice.

Jeff Halper is the head of the Israeli Committee Against House Demolitions (ICAHD). He can be reached here.

Get Our Weekly Newsletter
Before you go…
A lot of work goes into creating articles like the one you just read. +972 Magazine is nonprofit journalism, owned by many of our writers, editors, and journalists. In order to safeguard that independent voice, we are proud to count you, our readers, as our most important supporters. With your support, we can keep +972 Magazine a strong, independent, and sustainable force helping push the global discourse on Israel/Palestine.
DONATE
More About rachel corrie 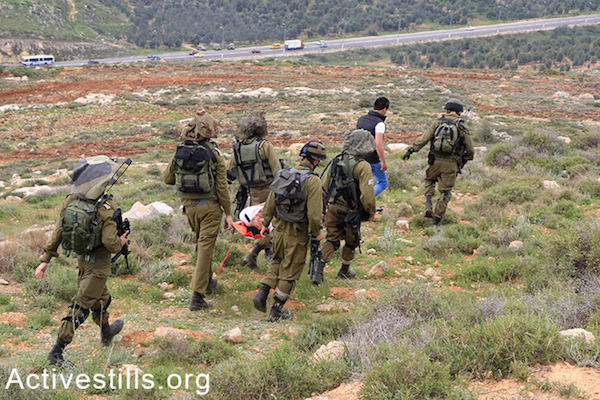 Army arrests unconscious activist at Corrie commemoration
During an olive planting action to commemorate the 12th anniversary of the death of American activist Rachel Corrie, Israeli forces arrest two Palestinians–one of them while unconscious. Text and photos by: Ahmad Al-Bazz/Activestills.org Marking 12 years since the death of Rachel Corrie, activists planted 40 olive trees in the threatened lands of the West Bank…
By Activestills March 16, 2015 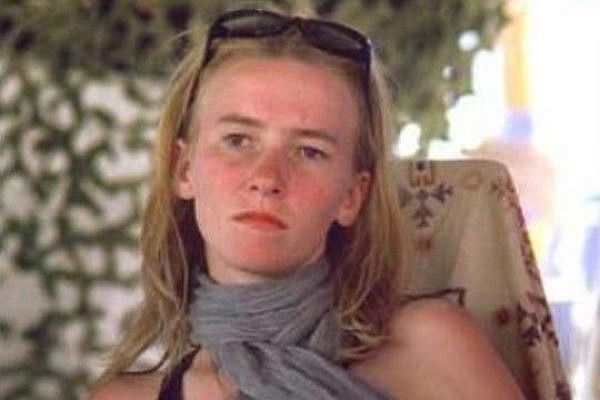 WATCH: Israeli Supreme Court hears Rachel Corrie appeal
Corrie’s father expresses hope that the top justices ‘understand what it means to protect civilians,’ and that they reverse the trend of impunity for the IDF. By Jeremy Elster The Israeli Supreme Court this week heard an appeal on behalf of the family of Rachel Corrie, who was crushed to death by an IDF bulldozer…
By Social TV May 23, 2014 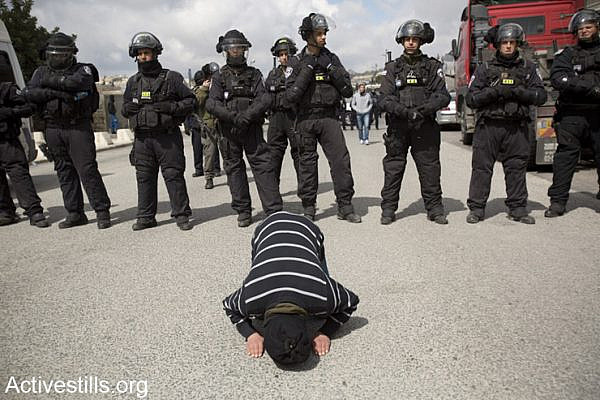 Photos of the week: Prayer, protests, and arrests in the streets
This week: Behind the wall in East Jerusalem, praying in the street outside Al-Aqsa, rude gestures from an Egged bus, fighters’ remains return to Nablus, unions on the march in South Africa, African immigrants seek visas in Israel, youth arrested at Damascus Gate, remembering Rachel Corrie, and a Gaza doctor denied entry      …
By Activestills March 20, 2014