I’ve heard a few Jewish Israelis say “Iran zeh can” (Iran is here) in the past, particularly those who grew up in Jerusalem. But this is the first time I’ve seen the sentiment expressed in street art. 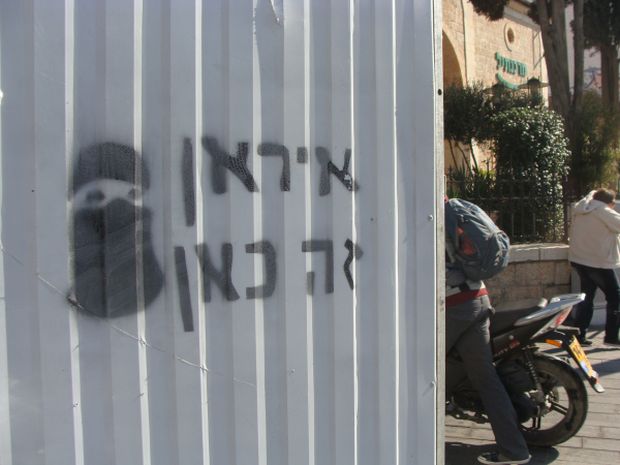 I took this photo today in central Jerusalem. The Islamophobia it reflects is troublesome. But there’s more than that going on here–this image also reveals concerns about growing restrictions on women’s rights, the growing influence of the religious right, and fears about the anti-democratic trends that some Israeli academics have called proto-fascist. In yesterday’s edition of Haaretz, Zvi Barel did a nice job of summing up the increasing similarities between Iran and Israel.