The law, which still needs to go through the lower house and be signed by the president, would criminalize the import and sale of goods and services that originate in settlements in occupied territories, targeting Israeli settlements but also other occupations worldwide. The vote had been shelved earlier this year after objections by Israel. 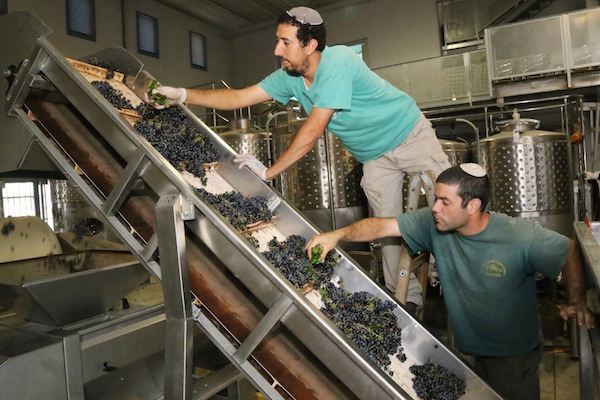 The Irish Senate passed a bill on Wednesday to prohibit trade with illegal settlements in occupied territories, including those in the West Bank. In contrast to policies and legislation that differentiate Israeli settlements and excludes them from trade agreements, the Irish bill could be construed as actual sanctions targeting settlement products.

The Control of Economic Activity (Occupied Territories Bill 2018), which would make dealing in settlement products a criminal offense, was originally scheduled for a vote in January of this year but was delayed after Israel summoned the Irish ambassador at the time. Hours after the vote on Wednesday, it was reported that Israel again has summoned the Irish ambassador over the bill.

The legislature’s lower house will also have to pass the bill before it can go to the Irish president to be signed into law.

The bill does not implement a total ban on Israeli goods — only those produced in settlements beyond the borders recognized by the Irish government and international community — the Green Line. It also includes a provision that could include territories beyond Palestine, such as Western Sahara and Crimea.

Put forth by Senator Frances Black, an independent politician, and co-signed by a slew of other Irish parliamentarians, the bill was supported by most parties in the Seanad Éireann, although the ruling Fine Gael party opposed it.

“Those trading with Israeli settlements are complicit in the systematic denial of the Palestinian right to self-determination,” PLO Secretary General Saeb Erekat said in response to the vote on Wednesday. “If some countries within the EU are willing to continue encouraging Israel’s culture of impunity, it is time for individual member-states to take legitimate actions like the one approved by the Seanad.”

In the run-up to the debate in the Seanad Éireann earlier this year, the upper house of the Oireachtas, Ireland’s legislature, Senator Black said: “This is a chance for Ireland to stand up for the rights of vulnerable people – it is about respecting international law and refusing to support illegal activity and human suffering. We condemn the settlements as illegal but support them economically. As international law is absolutely clear that the settlements are illegal, then the goods they produce are the proceeds of crime. We must face up to this.”

Although the Irish government has previously criticized the “relentless progress” of Israeli settlements, even threatening to seek an outright EU ban on settlement goods, nothing has been done, Black added at the time. “Ireland needs to show leadership and act. This bill gives us a chance to do that.”

In 2005, the European Union stipulated that products originating in areas beyond Israel’s pre-1967 lines may not benefit from the EU-Israel Free Trade Agreement. A decade later, the EU issued guidelines for labeling Israeli settlement products to ensure consumers can differentiate them from items produced in Israel.

“Today the Irish Seanad has sent a clear message to the international community and particularly to the rest of the European Union,” Erekat’s statement continued. “The mere talking about the two-state solution is not enough without taking concrete measures.”