Many people are describing opposition leader Isaac Herzog’s maiden speech in the 20th Knesset as the speech that could have won him the election. But is he offering an alternative that’s any better than Netanyahu? 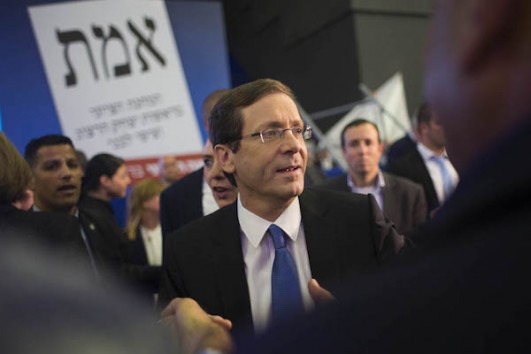 Mabrouk on you, the new government تشوفو على وجهها الخير – may it bring only good things. That’s how we, the naïvely optimistic Arabs, congratulate people on new things. Regardless of what we feel, we know how to congratulate.

But let’s not spend any more time on the new government. Sooner or later, Israel’s 34th government will join its predecessors in the dustbin of history.

What I would like to focus on, rather, is the leader of the opposition, or, actually, why anyone would associate the word “opposition” with Isaac Herzog.

His maiden speech in the 20th Knesset last week was described by many as sharp and confrontational. I watched it again, I read the transcript again – to no avail. Maybe a closer look at his recent track record would do the trick?

The most entertaining part of the speech was his unconvincing attempt at passing himself off as a bully. He cried: Mr. Prime Minister, don’t you dare raise your hand to the High Court of Justice, the media, and “Israel’s minorities.” I think the latter means us, the “Palestinians,” the “Arabs” of Israel. I wonder who the genius is who came up with the term “minorities.” We used to be the majority! That’s how I’d like people to describe us from now on: “Israel’s ex-majority.” It sounds nostalgic. And empowering.

So I listened to Herzog and asked myself: if a Jew comes near me and wants to hurt me, what should I do? Should I pick up the phone and call the Joint List or the Zionist Camp? Who would take better care of a poor Arab woman, Herzog or Odeh? I think I’ll just stick to Mace. It’s probably more effective.

He bashed Netanyahu for his election day scaremongering. “How is it acceptable,” Herzog asked, “that the prime minister of the Jewish state speaks this way about people, his own citizens, and discriminates against them because of their religion?” To the best of my knowledge, Netanyahu lashed into the Arabs because of their nationality, not their religion. Mr Herzog, if you’re going to lampoon Netanyahu for his racism, you’d better call a spade a spade.

The person who’s obsessed with religious war is Netanyahu himself, when he constantly cites the threat of radical Islam bearing upon Israel. It’s just a convenient distraction from the main issue – the ongoing occupation of the Palestinian people and the lack of a fair diplomatic solution to the conflict.

Herzog could have, and should have, addressed this issue from the Knesset podium. He could have later retracted, said one thing and do the other, made a pledge and never come back to it – anything. But for heaven’s sake, say something meaningful!

After the speech, someone wrote on Herzog’s Facebook wall: “If you had made this speech before the election you would be prime minister today!” And I asked myself: what was so special about this speech?

He scolded Netanyahu from the podium about the Gaza war. “You failed to translate the military gains into diplomatic ones,” he told the prime minister. What diplomatic gain was he suggesting, when in the same speech he said that the Palestinians are mostly to blame for the stalemate in the peace process? And of what use are his gloating warnings about Israel’s growing isolation, when he didn’t even mention the occupation, the settlements and everything leading to that isolation?

He will make do with “jumpstarting the process.” That’s all he wants – a semblance of progress.

And there he goes again, talking about the South, and the need for a decisive victory against the Palestinians who are now digging a new network of tunnels protruding into Israeli territory, on this government’s watch. How can he not say a word about the vicious and protracted siege on the Gaza Strip, which essentially fueled the conflict and led to the killing of thousands of innocent people? How can he not say that Israel locked them up and threw away the key? We all know that when the next round of fighting begins, he will describe it as “inevitable” and throw his weight behind the government.

If Herzog was prime minister, would he react differently? He might have taken more time for consultations and preparations, but at the end of the day he would strike the Palestinians again and again, to prove to his constituency that he too can do war. Herzog was sharp and pugnacious, but he hardly came across as a viable alternative. What can you expect from a candidate who labored to show that he is the greatest Zionist of all?

Of course, I see eye to eye with Herzog on issues such as housing, fighting poverty, employment, education and welfare. If he revisits his “minorities protection plan” in a way that actually takes minorities into account, only then will we be able to imagine a different future.

But Herzog didn’t seriously challenge the government, and he comfortably avoided taboo subjects such as peace, occupation, concessions, and most important – hope. And those are the words Israelis need to hear to wake them out of their coma, or, next time they’re startled by a Code Red rocket alert siren.

Samah Salaime Egbariya is a social worker, a director of AWC (Arab Women in the Center) in Lod/Lyd and a graduate of the Mandel Leadership Institute in Jerusalem. This article was first published in Hebrew on Local Call, where he/she is a blogger. Read it here. 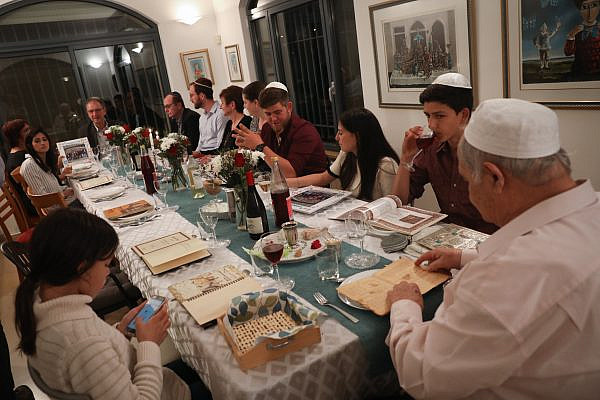 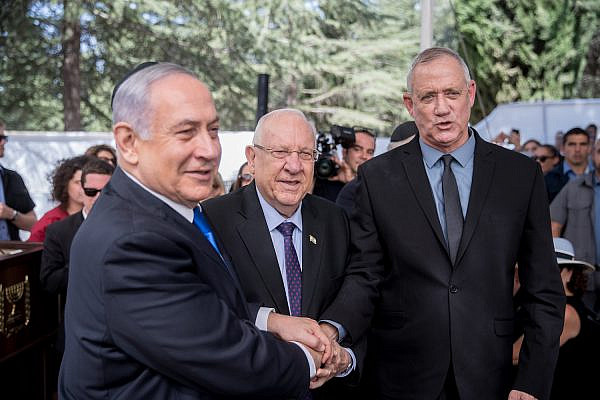