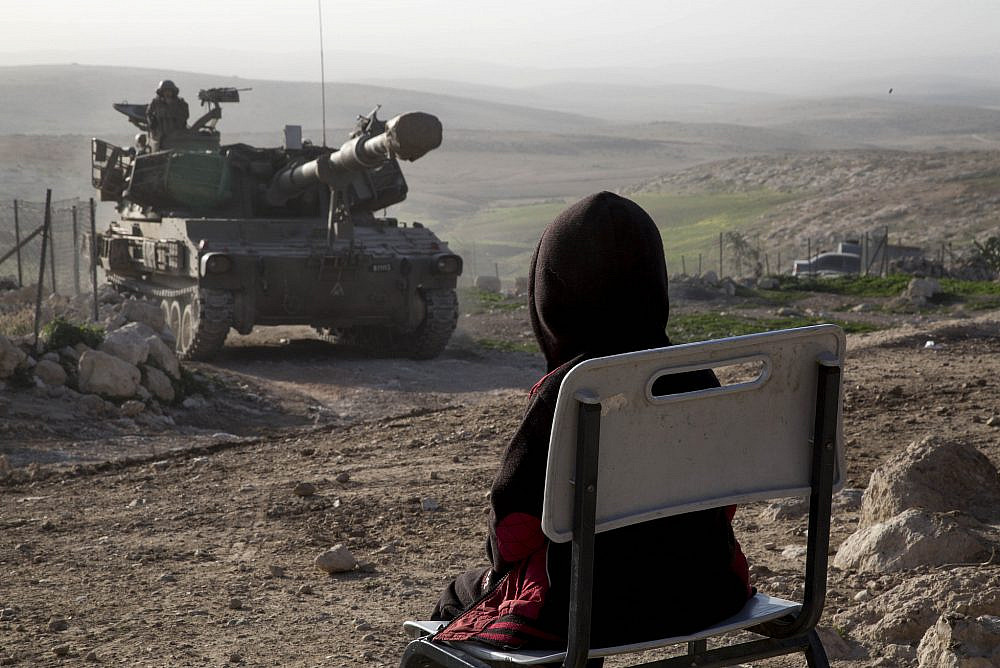 Israeli forces conducting a training drill near and inside villages in the Masafer Yatta area, West Bank, February 3, 2021. (Keren Manor/Activestills.org)

When I was three years old, Israeli soldiers marched through my village on their way to forcibly expel my neighbors, arresting anyone who tried to remain. In the village of a-Tuwani, where I was born and raised, the soldiers let us be, yet over 700 others turned into refugees in a heartbeat. That was in 1999, following a decision by then-Prime Minister Ehud Barak. The army demolished 14 of the surrounding villages in the Masafer Yatta region of the South Hebron Hills, located in the occupied West Bank.

The mass expulsion was traumatic, and in many ways remained with me into my adult life. The army justified our ethnic cleansing by saying that our homes were in Firing Zone 918, where soldiers were supposed to train. But this is false. In the 1980s, the firing zone was declared on top of our villages where we have been living for decades, in order to expel us from them.

When I was four years old, my expelled neighbors petitioned the High Court, which issued a temporary order that allowed them to return to their homes — until a final decision is made. Twenty-two years have passed, and the court never decided our fate. We grew up in the shadow of waiting for a decision: will they expel the people I love and know best, or won’t they? On March 15, the court is set to hold its final hearing on the issue. After that it will make a decision.

The fate of eight villages and 1,300 people is once again on the agenda. As a Palestinian living under the military occupation of a foreign invader, we do not have the right to decide our fate. This feeling — that you are being controlled by others — permeates every aspect of our lives here, every single day.

For the last 22 years, I watched as the army tried to break up my community. It has dispossessed us of our land, slowly, while bulldozing nearly everything in its path — homes, solar panels, wells.

I open up my hard drive, which is packed with footage taken by those who came before me. There are photos and videos documenting dozens upon dozens of forms of expulsion. Families whose homes have been repeatedly demolished. Then come the photos of neighbors in the middle of the night, gathering cinder blocks, sandbags, and tin panels in their tractors in order to rebuild the homes of those who had become homeless.

Our expulsion from Masafer Yatta has never ceased over the last two decades. Lacking the ability to expel everyone at once, like in 1999, the army has tried to slowly dispossess us. To immiserate us until we leave. Every year, I have watched as Israeli soldiers seal our wells, cut water lines, and destroy the roads that connect our villages. The dangerous road conditions here are a constant reminder of a racist reality governed by an army that denies us our ability to live on our land legally. Even our vehicles are confiscated by soldiers when they feel like it. Our lives have become nearly impossible. We want to build families and homes, but know the army will destroy those as well. 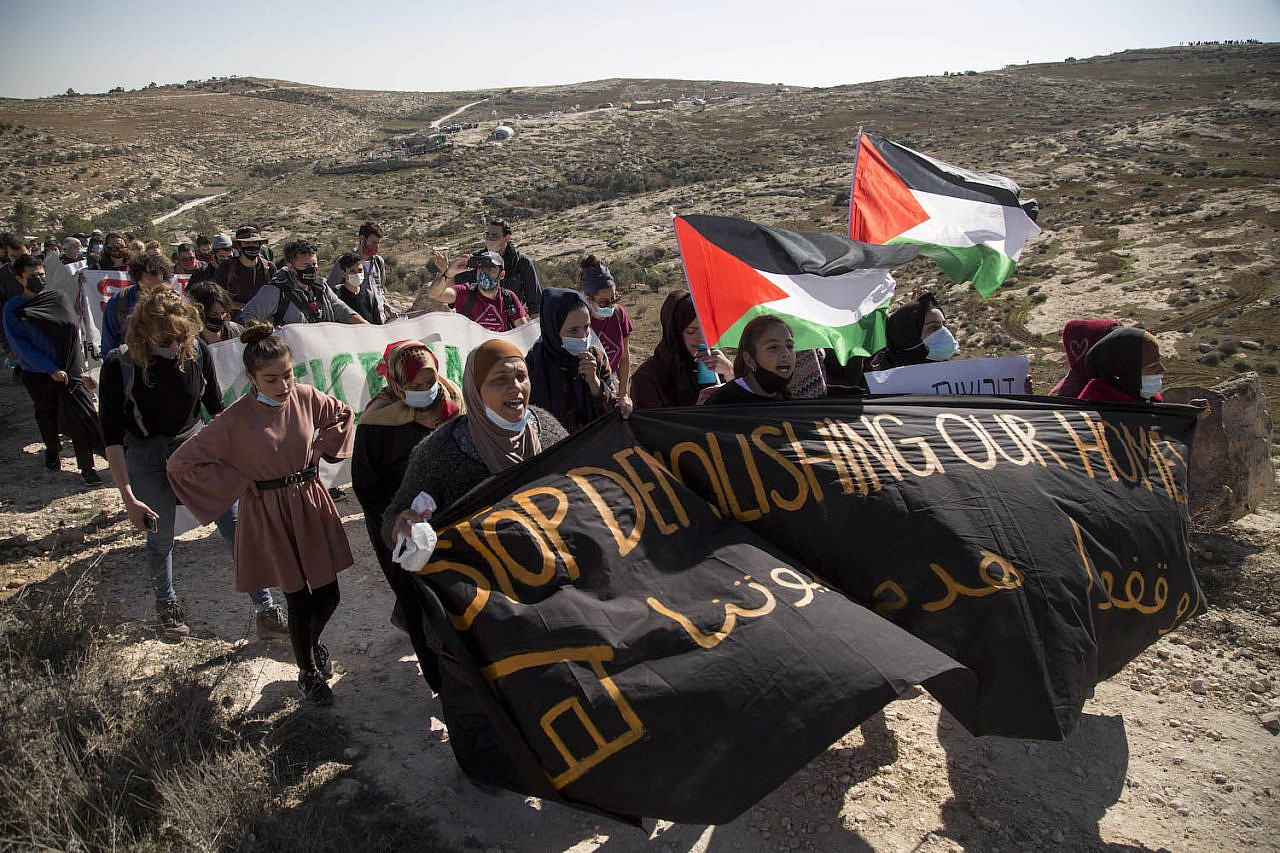 Since last summer, in the run up to Tuesday’s hearing, I have been meeting regularly with diplomats to explain to them the injustice taking place here in Masafer Yatta. I ask them to put pressure on the Israeli government to stop the demolition of our homes. I asked them why, in their discussions with Israeli leaders, do they talk about the number of homes demolished rather than demanding Israel cease the demolitions entirely. But most of all I ask them why they don’t do anything. After all, people in power could take action to stop this from continuing.

It has been difficult not to think about Russia, and the way in which the international community has rushed to isolate and sanction the Russian regime. Here, the world insists on recycling empty rhetoric of the two-state solution and issuing vapid condemnations while the settlements continue to expand and the occupation only deepens. As opposed to Russia, the occupation here continues unperturbed.

So while the Russian army continues to turn millions of Ukrainians into refugees, know that here the High Court is weighing the second expulsion of hundreds of people who are dear to me. They may soon become refugees themselves, because the Israeli army demands it, for no reason other than to realize the racist vision of Judaizing the South Hebron Hills. There’s much debate on whether the world is doing enough to stop the occupation of Ukraine. But at least it’s doing something. When it comes to our occupation, it seems the world isn’t doing a thing.