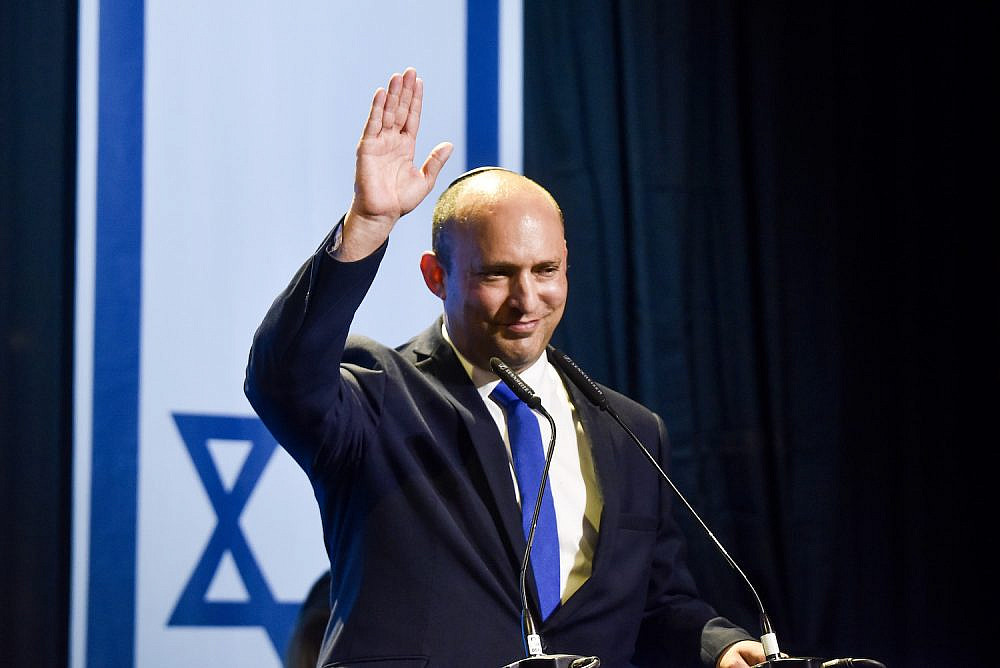 Naftali Bennett, head of Yamina party and party members seen with Yamina supporters at the party headquarters in Petah Tikva, on elections night, on March 23, 2021. Photo by Avi Dishi/Flash90

After two years of political deadlock and four rounds of elections, as of Tuesday evening it seems that Israel is about to have a new government, putting an end to Benjamin Netanyahu’s 12-year tenure as prime minister. If all goes according to plan, the two leaders of the newly formed coalition, Yair Lapid and Naftali Bennett, who will be rotating in the prime minister’s seat, will aim to swear in their government next week, after having successfully formed an unlikely alliance between religious settlers, hawkish and moderate right wingers, secular liberals, and Palestinian Islamists. Nonetheless, Israeli politics has shown just how fragile and unstable it can be, and in a week’s time, things may still change drastically.

The only goal these different players share is the removal of Israel’s longest-serving prime minister from office with the hope of “rebooting” the political system, which for years has revolved around the axis of Netanyahu, who is facing a corruption trial and the political battle of his life. The deadlock around the prime minister has meant that Israel has not approved a new state budget since 2018, and that top positions in ministries and the civil service have not been filled for years, bringing entire branches of government to a near standstill. Most recently, we’ve seen the government choosing to escalate tensions and violence in and around Jerusalem and throughout the country, in what many described as a desperate attempt by Netanyahu to thwart the formation of this alternative coalition. As long as rockets were flying, it even seemed to be working.

While replacing Netanyahu has been a longtime goal for many on the left, most of the top positions in the new government will likely be filled by former Netanyahu allies. Naftali Bennett — a former head of the Yesha Council for West Bank settlements who now leads the far-right Yamina, a national-religious party deeply committed to Jewish supremacy and the annexation of large swaths of the occupied territories — will be first in line as rotating prime minister. His longtime political partner, Ayelet Shaked, is deeply committed to the deportation of African asylum seekers from the country, something human rights activists are concerned she will carry out in her new expected position as interior minister. In this role, she will also have the power to deepen discrimination against Palestinian municipalities. Both Bennett and Shaked are former members of Netanyahu’s political staff.

The Finance Ministry will be run by Avigdor Liberman, a far-right secular nationalist who has spent the last few years rebranding himself, quite successfully, as a liberal. Liberman is a settler who has built his career on inciting hatred against the two poorest communities in Israel – Palestinian citizens, whom he has called on to be forcibly transferred out of the state, and the ultra-Orthodox – and whose Yisrael Beiteinu party has a long history of political corruption. He was also previously Netanyahu’s chief of staff.

The next justice minister is another hawk, Gideon Sa’ar, who has expressed his support for formal annexation, deporting asylum seekers, and curtailing the power and independence of the judicial system. A member of his New Hope party will run the Education Ministry, while another is likely to become Knesset speaker. All three of them are former Likud MKs.

Lastly, Benny Gantz — the former IDF chief of staff who led the assault on Gaza in 2014 and turned the destruction of the strip into a central part of his election campaign, and who is currently Netanyahu’s defense minister (and thus responsible for the latest onslaught in Gaza too) — is expected to remain in his current position. 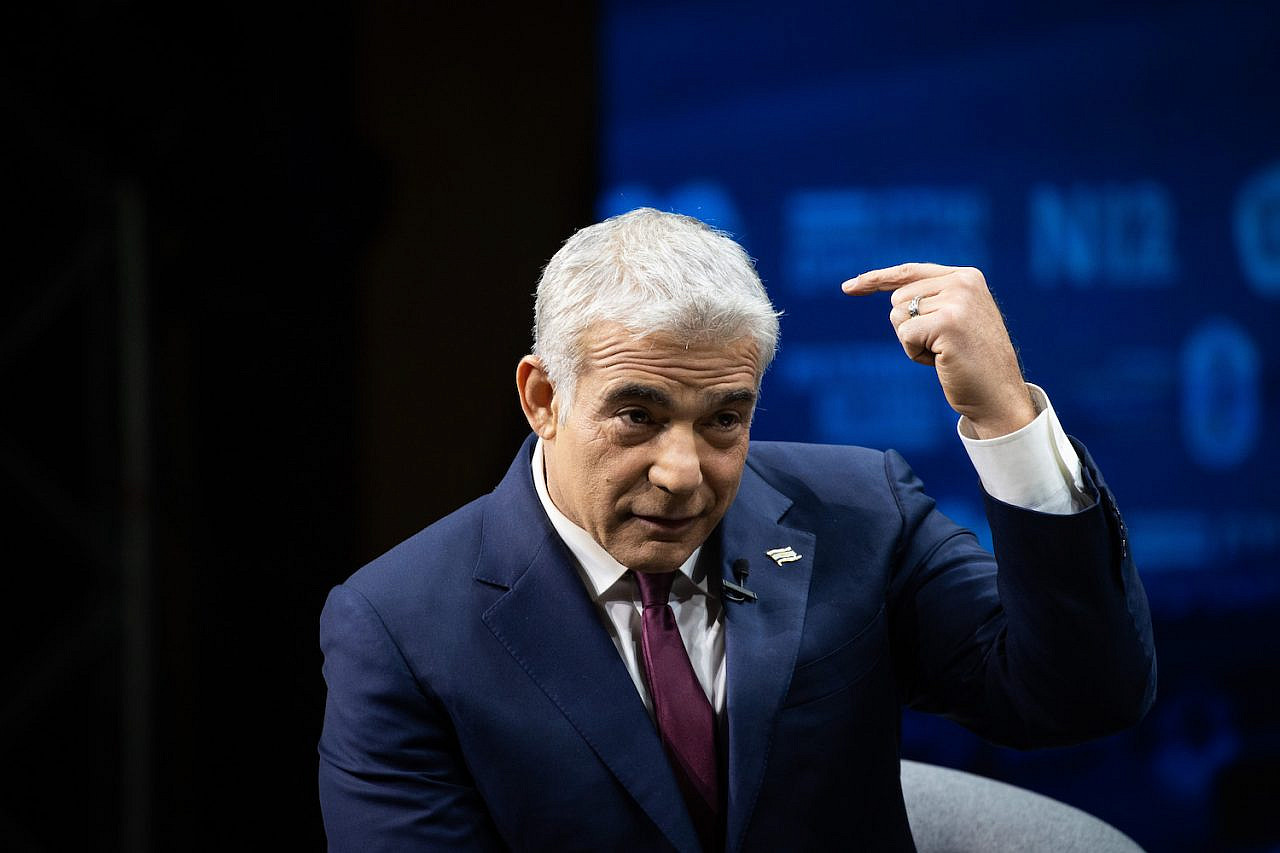 Head of the Yesh Atid party MK Yair Lapid attends a conference of the Israeli Television News Company in Jerusalem on March 7, 2021. Photo by Yonatan Sindel/Flash90

The underlying assumption that will allow these people to sit in a coalition with more left-leaning liberal parties, such as Labor and Meretz, is a shared commitment to maintaining the status quo on some of the most sensitive issues that set the different camps apart. These include the military occupation and siege on Gaza and the West Bank; separation of religion and state; and the independence of the judiciary. The coalition will also be based on a parity system, which would grant veto power over major policy changes to both the right-wing Bennett-Sa’ar bloc and Lapid’s right-center-left bloc. And yet, even sustaining the “status quo” vis-à-vis Palestinians still means perpetuating an oppressive apparatus that has been carefully constructed over decades. With the right holding onto both the most powerful ministries and the ability to shoot down significant legislation, this could be a very dangerous government.

The risk this government poses is even greater when considering the fact that Bennett is now seen by most of the right as a traitor for “allying with leftists and Palestinians” and “betraying” Netanyahu’s camp (according to a recent poll, over 60 percent of Yamina voters say they would not have supported Bennett had they known he would enter into this coalition). Bennett’s government will face a mighty opposition of mostly far-right extremists headed by Netanyahu himself — and the Likud leader has shown in the past that he can be a relentless opponent when facing a sitting government. To save his political future from disaster, Bennett will likely try to prove he can promote policies even further to the right than those of Netanyahu.

So how did we get here? Why are liberal Zionist parties entering this government? And why are they settling for so little — including fewer, less powerful ministries, no veto power, and no share in the rotation for prime minister — when in fact Labor and Meretz hold the exact same number of Knesset seats as Bennett’s and Sa’ar’s parties, respectively?

A key reason for this is the omnipresence of the “anything but Bibi” approach to politics. Blaming everything that’s wrong in the country almost entirely on Netanyahu, while marking him as the central instigator of hate speech and authoritarian policies, has been central to center-left politics over the past years. It has also been the driving force behind the wave of anti-Netanyahu protests that shook the country in the summer of 2020, bringing hundreds of thousands of people out into the streets. After so many years in power, with a generation of young voters who cannot remember living under a different prime minister, and with an open disdain for democratic norms, Netanyahu is seen by many in this camp as the single greatest threat to the country’s survival. For them, removing Netanyahu is the only way to “restore normalcy,” and the Zionist left is willing to go very far to see this through. 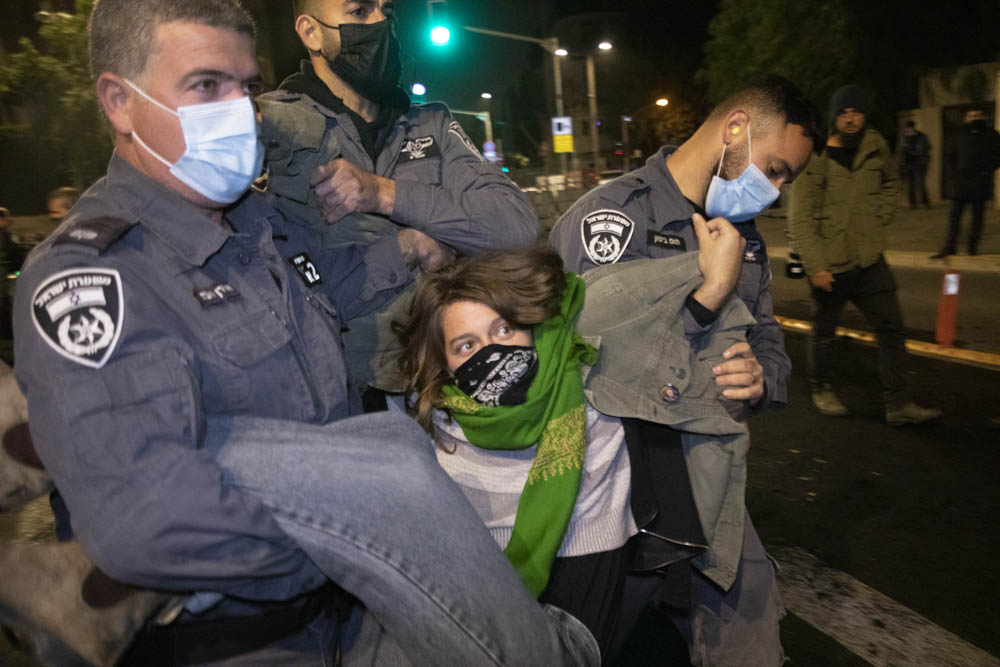 Israeli police arrest an anti-Netanyahu demonstrator during a protest outside the Prime Minister’s Residence in Jerusalem, December 27, 2020. (Oren Ziv)

While Netanyahu does pose a significant threat, the center-left’s analysis fails to identify deeper-rooted problems in Israel’s political system. The Jewish supremacism shared by most Jewish voters, which manifests in apartheid policies toward Palestinians between the river and the sea and has naturally led to resistance by Palestinians, continues to shift the goalposts to the right. Today, around 101 of 120 Knesset seats are held by a political camp explicitly dedicated to Jewish supremacy.

The failure to address these issues, and its stubborn commitment to a Netanyahu-centric agenda, has led the Zionist left into a crisis of both tactics and strategy.

First, by aiming only for one goal, Labor and Meretz have relinquished all their bargaining chips. When Lapid, the great orchestrator of this coalition, realized he was dealing with parties that would support his bid to replace Netanyahu at all costs, he understood that he would not have to offer them much by way of power, ministries, or policy. That is why, according to reports, they are joining the government without any clear gains beyond a symbolic commitment to increased investment in healthcare and fighting the climate crisis. This is also what allowed Bennett — long considered the sworn enemy of the Zionist left — to win ultimate legitimacy by becoming prime minister with their support, something that should have been a red line for any progressive representative.

Yet there are also wider questions at play. The anti-Bibi camp says it wishes to present the public with an alternative, and that unlike what Netanyahu claims, Israelis can actually survive without him at the helm. Yet in the very same breath, they are replacing him with politicians even further to the right, thus further entrenching the notion that only the right can rule. 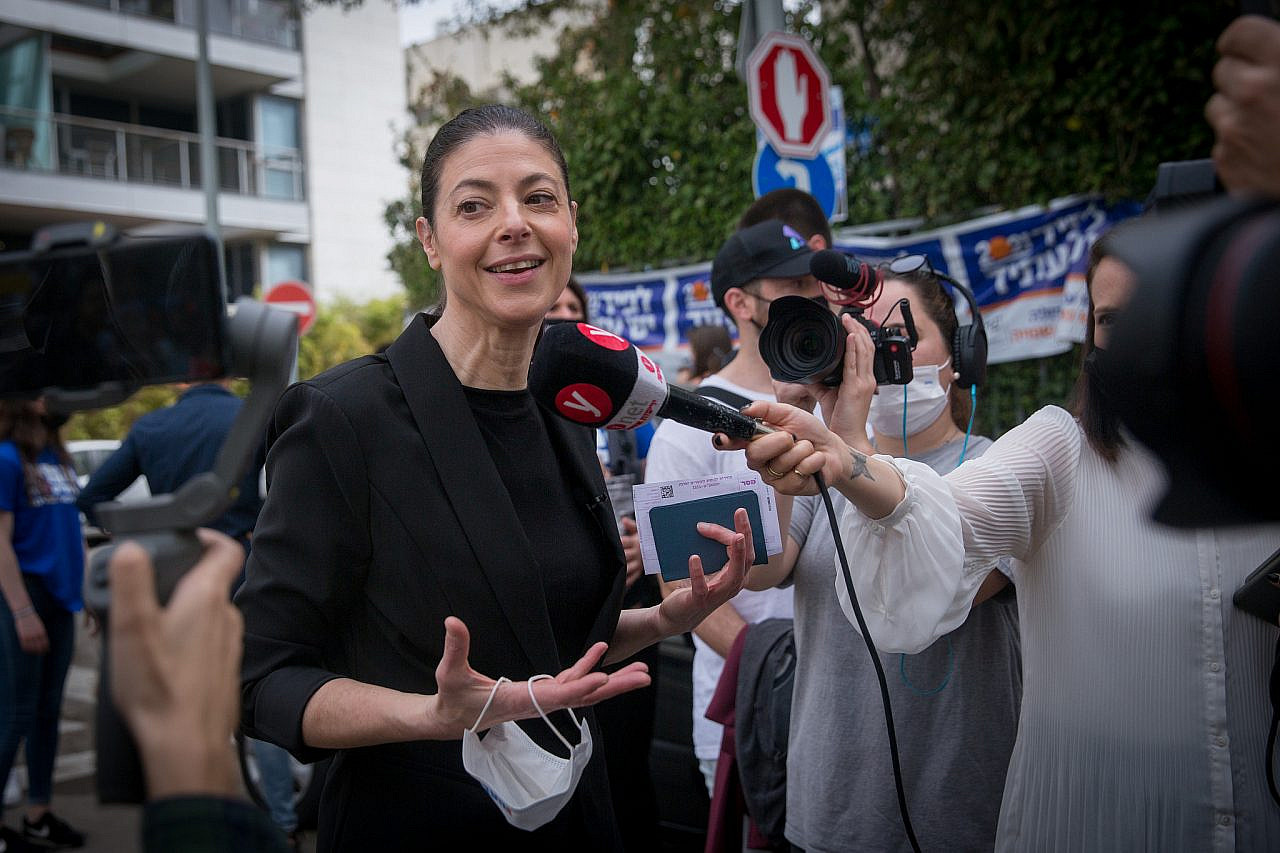 Head of the Labour party Merav Michaeli speaks to press as she arrives to cast her ballot at a voting station in Tel Aviv, during the Knesset elections, March 23, 2021. (Miriam Alster/Flash90)

The alternative to all of this would have been to refuse to allow Bennett the top post in the country, while putting forth strict demands for equal power sharing and a commitment to certain left-wing policies, both in regard to Palestinians and to the economy. Meretz and Labor could also have insisted that Lapid invest in a partnership with the Joint List instead of Yamina. If Bennett was able to threaten Lapid with calling the whole thing off and going to a fifth round of elections — however unthinkable that may be — the left could have done the same thing. In so doing, these parties would have presented a clear alternative to the right, which could have prevailed either in this government or in the next elections. Unfortunately, Labor and Meretz chose not to do so, leaving the six Joint List MKs to sit in the opposition with Netanyahu and the Kahanists.

This is a dark moment. And yet, there are some reasons to remain hopeful. We’re seeing a wave of Palestinian popular resistance sweeping through the country, uniting Palestinians from the river to the sea in a demand for justice, equality, and decolonization. Meanwhile, U.S. public opinion and policies toward Israel are also rapidly shifting, in a process that could lead to growing pressure on the next Israeli government to end its apartheid policies toward Palestinians.

In the more immediate future, replacing the current far-right government with one that relies on the Zionist left may still have some benefits, mostly in terms of slowing down the country’s political shift to the right. In addition, the inclusion of a Palestinian party (albeit a conservative, religious one) into the ruling coalition is a break from decades of Jewish-only rule and the collapse of the assumption that Palestinian citizens have no seat at the table, which could change the discourse and inspire a different political imagination. This is concurrent with a slow yet noticeable shift in the Israeli media, which has come to include more Palestinian reporters, commentators, and interviewees, all while dozens of the largest corporations in the country have openly called for a shared Jewish-Arab society.