A sweeping gag order has been issued on all details of the cases. 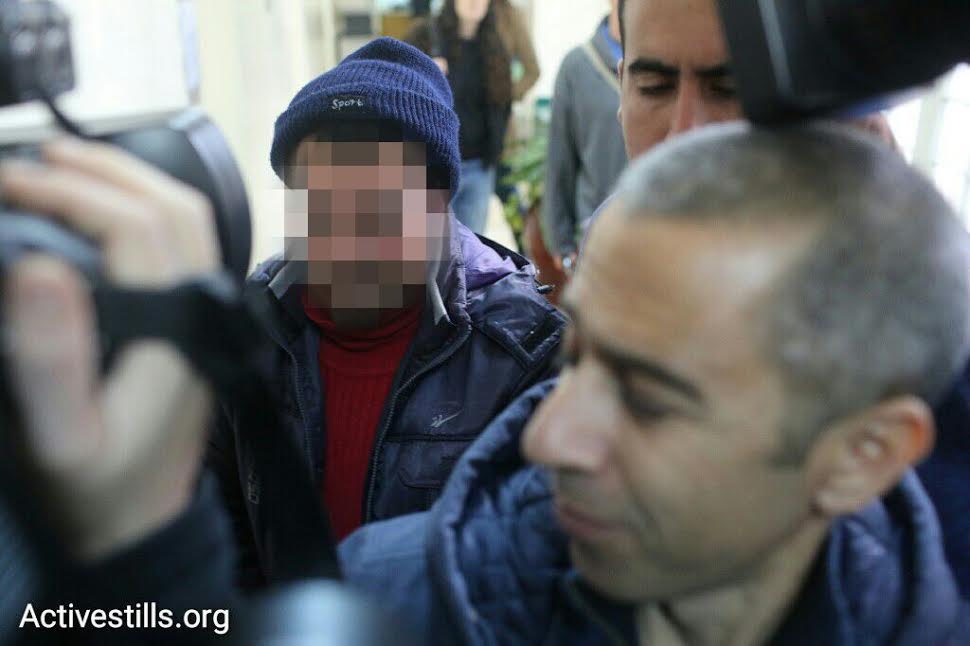 The Palestinian activist who was arrested Tuesday night is brought to the Jerusalem Magistrate’s Court. (photo: Activestills.org)

Two human rights activists, an Israeli and a Palestinian, were arrested late Tuesday night. The Palestinian activist was arrested by Israeli army forces at his home in the South Hebron Hills and was transferred to the police for questioning.

A sweeping gag order has been issued on details of each of the cases, and all hearings have been held behind closed doors. Beyond specific gag orders, Israeli law bars the publication of any identifying information about a suspect for 48 hours after their arrest or before they are indicted in court, whichever comes first.

The arrests come more than a week after a prominent left-wing activist was arrested at Ben Gurion Airport on suspicion of making contact with a foreign agent. The Jerusalem Magistrate’s Court ordered the activist to be released to house arrest after more than a week in detention. The police appealed the decision, and the Jerusalem District Court will hear the appeal on Thursday.

The activist, who was arrested last Sunday, was only allowed to meet with his lawyer on Friday, four days after he was first arrested, and even then reportedly only out of concern for his physical and mental health.

The man, whose identity is under gag order, was the subject of a right-wing hidden camera ‘sting operation’ broadcast on Israeli television recently.

Israeli security forces themselves often violate privacy laws meant to protect suspects, and in some cases those meant to protect minors, although generally only when the suspect is Palestinian.

Authorities also famously held a former Mossad agent known as Prisoner X incommunicado for years. The story was only even published once an Australian news outlet began reporting its details.