Did Haggai Matar lose his job at ‘Maariv’ because of his political views, or was it his involvement in the paper’s union that led management to order his dismissal? 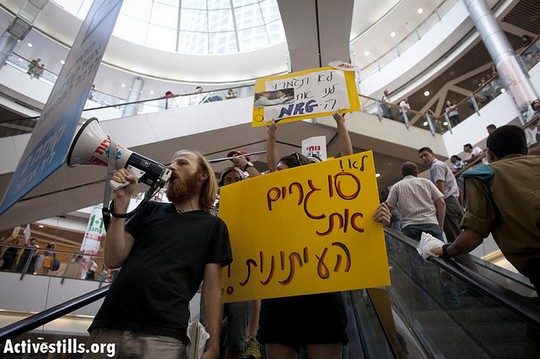 Haggai Matar (holding a megaphone) leading employees of Israeli newspaper Maariv in a protest against their dismissal inside Azrieli Commercial Center in September 2012. (photo: Oren Ziv/Activestills.org)

Israeli daily Maariv filed a statement to the Tel Aviv District Labor Court claiming that the paper chose not to rehire Tel Aviv municipal reporter Haggai Matar because his opinions are “different from the editorial line that a Zionist newspaper like Maariv wishes to present.”

Haggai Matar (who is also a contributor at +972), was the head of the Maariv journalist union’s worker’s committee when the paper was under threat of shutting down last summer. Maariv was eventually bought by right-wing businessman Shlomo Ben-Zvi in a court-led process that saw all of the paper’s employees fired and then most of them rehired by the new owner.

Matar, who negotiated with management on behalf of the editorial staff, wasn’t among those rehired. Israeli labor law allows for the firing of union leaders only in extreme circumstances.In response, the journalists’ union filed a petition on behalf of Matar to the Tel Aviv Labor Court.

A couple of weeks ago, Matar’s direct boss, Yuval Haiman, testified to the court that he had pretended it was his own initiative not to rehire Matar, whereas management had instructed him not to rehire Matar all along. Haiman speculated that the reason was Matar’s unique role in the union.

Following this development, Maariv Deputy CEO Udi Ragunis filed a statement to the court in which he claimed that political reasons, not labor issues, led to management’s order not to rehire Matar, media site The 7th Eye reported:

I discussed with Mr. Yuval Haiman the dissatisfaction of the ownership’s representative, Mr. Shlomo Ben-Zvi, with Mr. Matar’s agenda, which goes as far as actually breaking the law [and] adopting anarchist and very extremist views against the State of Israel and IDF soldiers. We thought that it wasn’t right to hire a reporter whose point of view is completely different from the editorial line that a Zionist newspaper like Maariv wishes to present.

In the months since Matar was fired, Maariv claimed that manpower issues in its local Tel Aviv edition and changes in the paper under new management led to the decision to cut Matar’s position. The political motive was only raised following the testimony of Matar’s boss, Yuval Haiman, who revealed the order he was given not to rehire Matar.

Disclaimer: I contribute a weekly op-ed to Maariv, but I have not been employed by the paper since 2009. 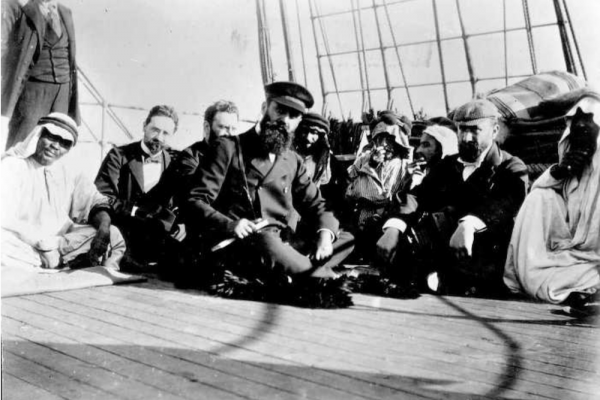