On Saturday night, an Israeli couple – two graphic designers named Ronnie Edri and Michal Tamir –  decided to cut across the growing anxiety and fear over the possibility of an Israel-Iran war, and address Iranian citizens directly. They created a slogan you can impose over your profile picture or any picture of your choice:

The Israeli meme nation is a harsh and biting one, and many of the first responses were on the cynical side: 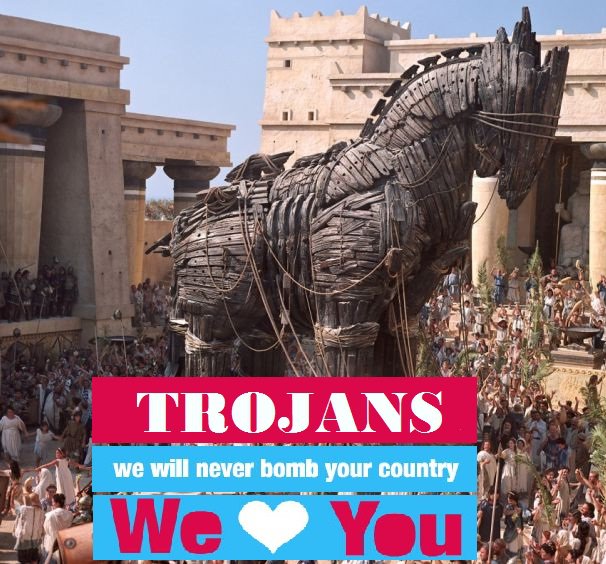 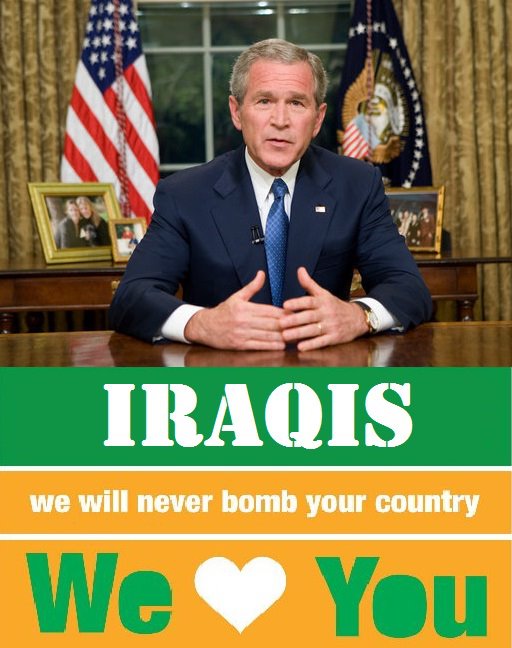 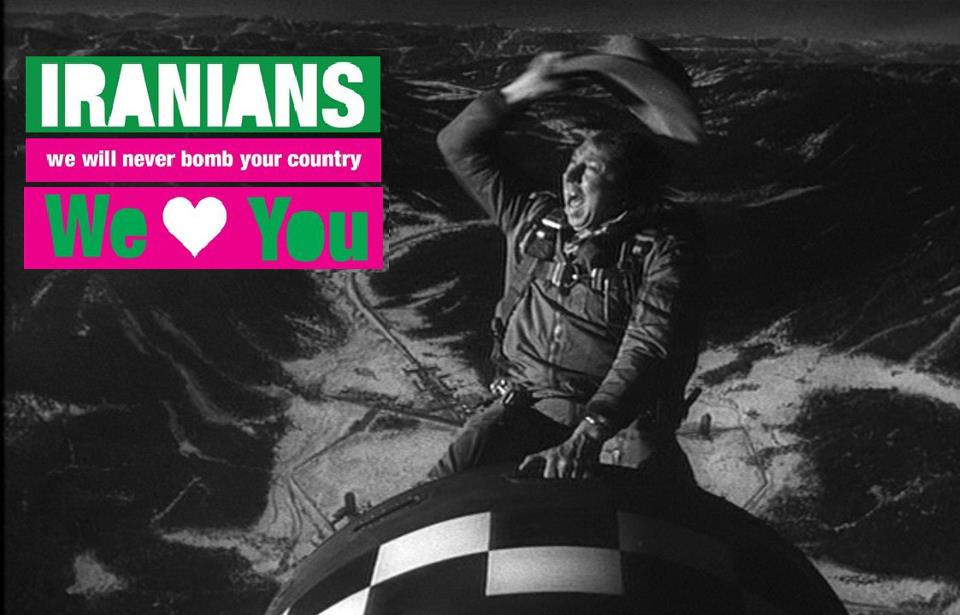 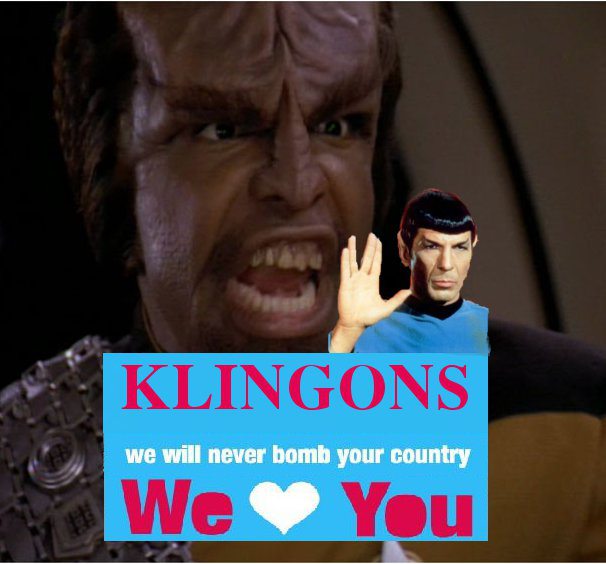 But more and more Israelis took up the call in earnest, 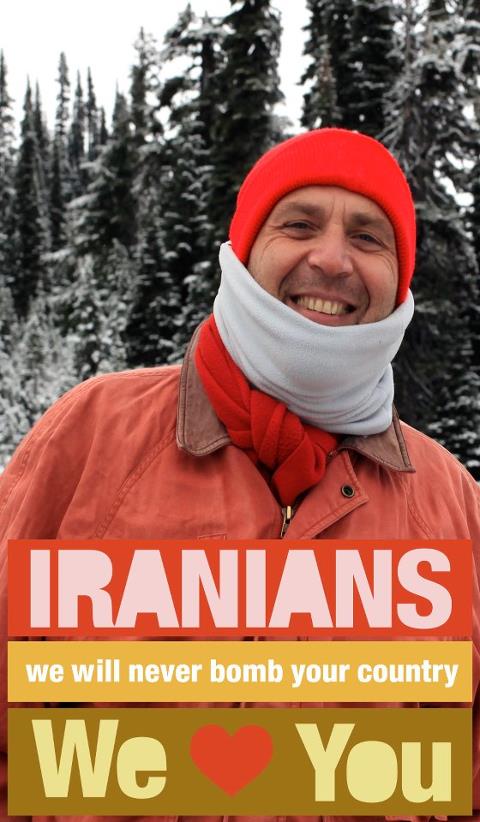 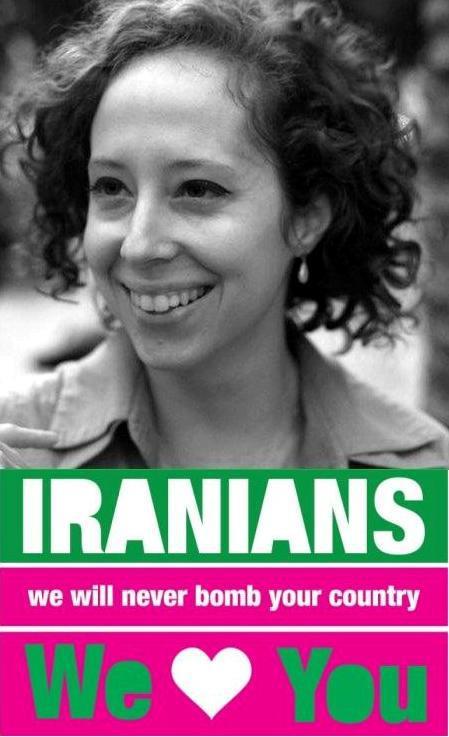 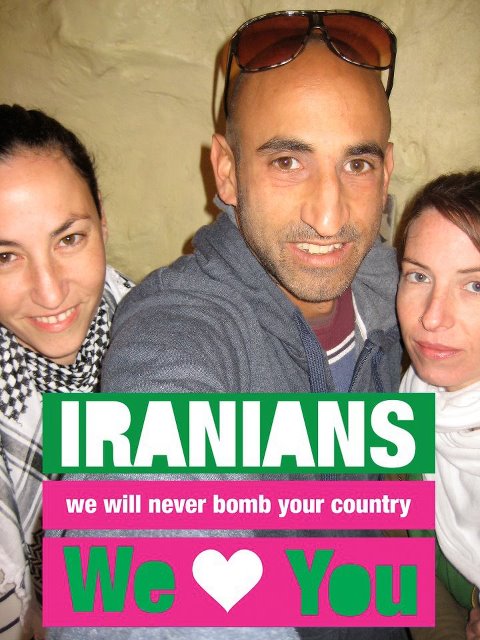 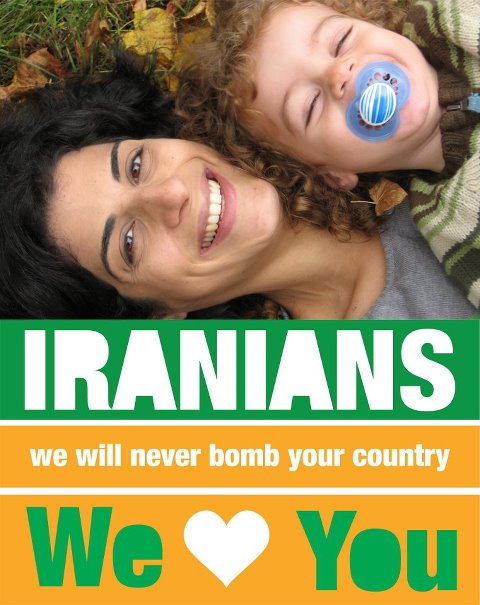 and some added messages of their own; as these are also being enthusiastically copied and reproduced, it’s hard to establish authorship, but one of the more popular ones ran:

To the Iranian people
To all the fathers, mothers, children, brothers and sisters

For there to be a war between us, first we must be afraid of each other, we must hate.
I’m not afraid of you, I don’t hate you.
I don t even know you. No Iranian ever did me no harm. I never even met an Iranian…Just one in Paris in a museum. Nice dude.

I’m not an official representative of my country. I’m a father and a teacher. I know the streets of my town, I talk with my neighbors, my family, my students, my friends and in the name of all these people …we love you.
We mean you no harm.
On the contrary, we want to meet, have some coffee and talk about sports.

To all those who feel the same, share this message and help it reach the Iranian people.

And then came the response: 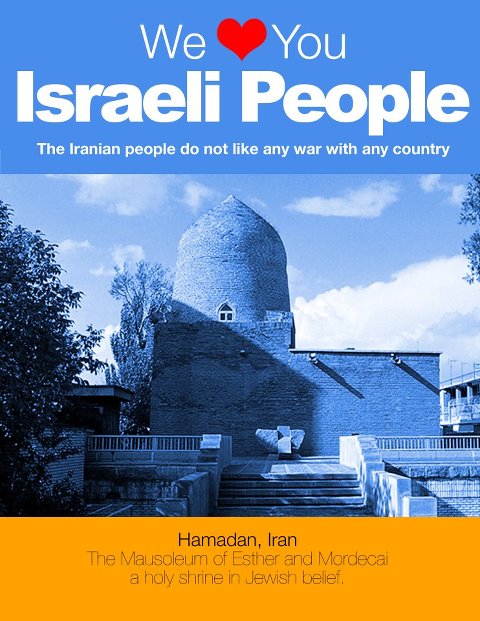 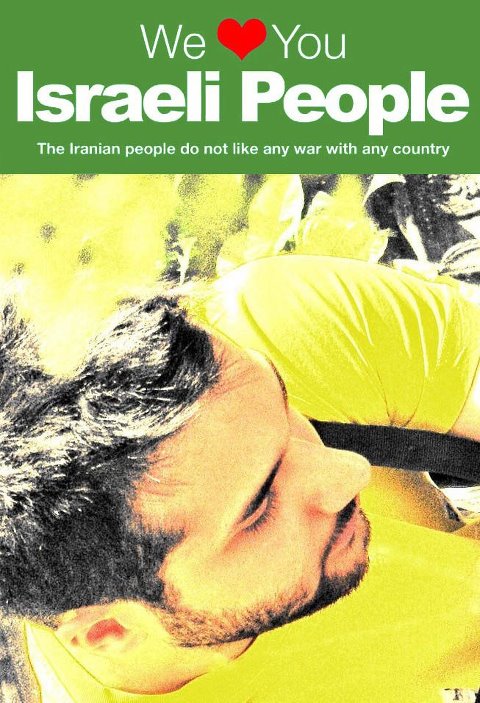 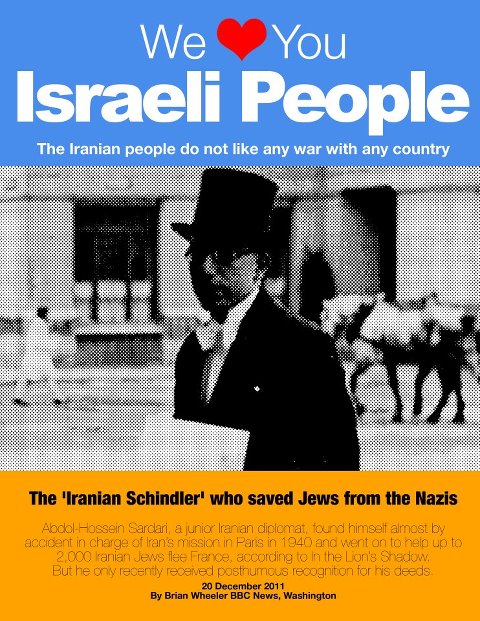 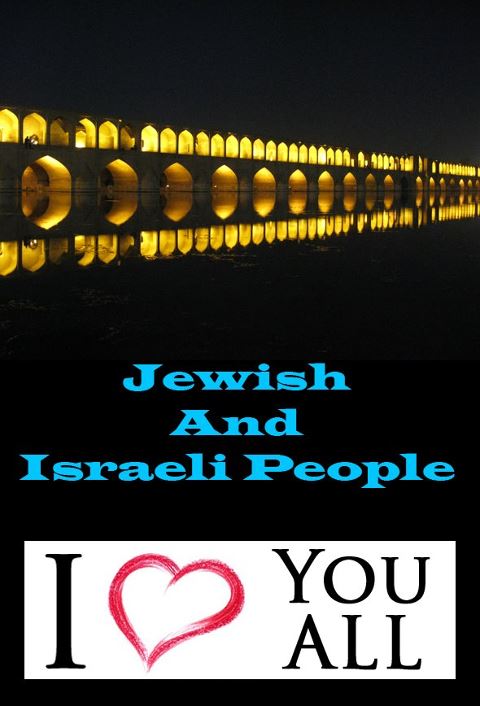 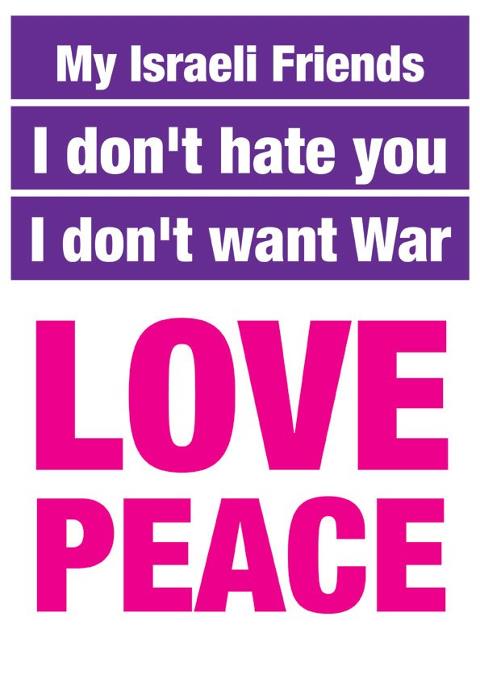 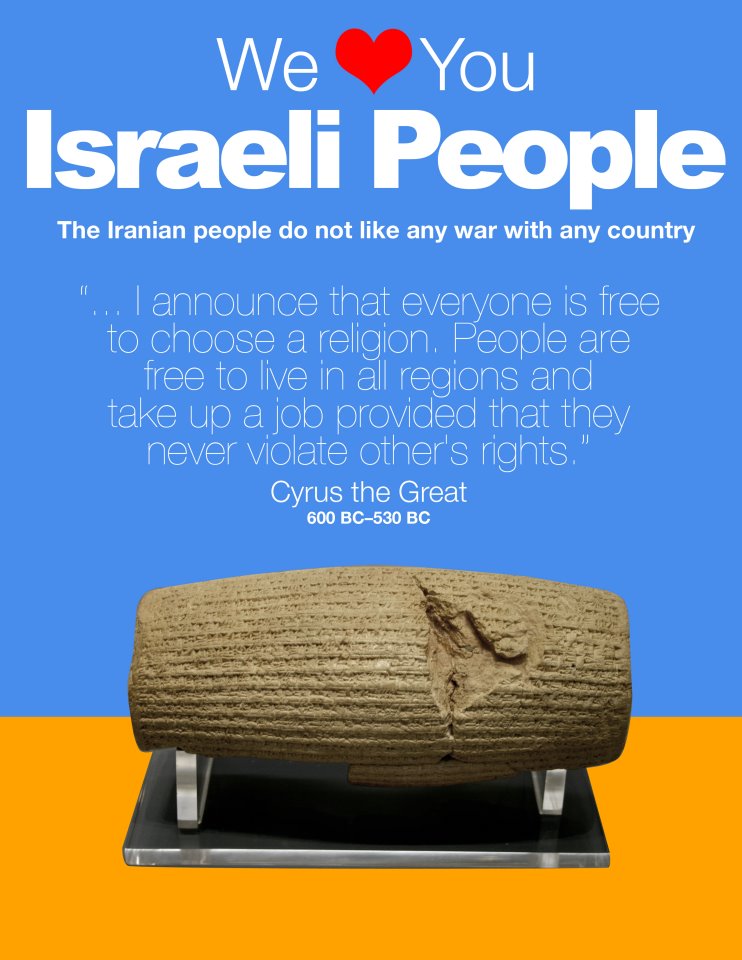 The couple told “The Marker” they had received hundreds of private messages from Iranians saying they were deeply moved by the campaign.

So what does it all mean? Quite simply, that neither party has any appetite for a war right now. As an Iranian first strike on Israel is not even on the cards right now, Iranian opposition to war may come as no surprise. But it’s important to stress the Israeli opposition to war reflected above is also far from an abstract “make love not war” one. A recent survey found a whopping 50 percent of Israelis were totally opposed to an attack on Iran, even if the diplomatic efforts to stall the nuclear program failed. 43 supported the move, but 78 percent of those surveyed recognised that even a successful attack would at best delay Iran’s acquisition of an A-Bomb by  a few years. Only 16 percent believed such an attack would wipe out the Iranian nuclear program for good. An earlier survey that specifically asked if Israel should attack on Iran on its own found 65 percent of Israelis were opposed.

Although I’m normally very cynical on just how much leaders care for public opinion when making a decision to go to war, we should remember Netanyahu is first and foremost a populist and that this is an election year. I’d be surprised if Netanyahu doesn’t repeatedly reminisce on the experience of his predecessor, Ehud Olmert, who went to a much more popular war in Lebanon, botched it, lost power and set in motion the destruction of his own party; although Olmert characteristically leeched on to power for another two and a half years, the inconclusive ending of the war and the severe casualty toll foretold Kadima’s downfall as soon as the ceasefire in Lebanon was enacted. A war with Iran has much higher chances of failure and much greater casualties are at stake. In this situation, such campaigns might – just might – add a few grams of pressure on Netanyahu to stay his hand.