Palestinian journalist Omar Nazzal has been in custody without charges put in administrative detention for nearly four months. For the most part, his Israeli counterparts have remained decidedly silent. 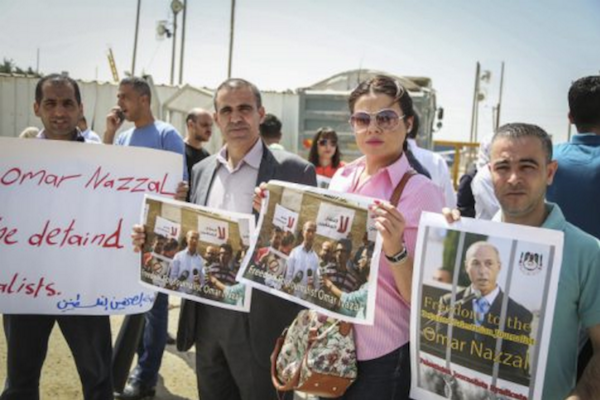 The Union of Journalists in Israel made an appeal this week for solidarity with investigative reporter Sharon Shpurer, who was sued for libel by Urban, a real estate development company, after she revealed on her Facebook page that it was owned by a convicted human trafficker.

The union’s call to collectively foot the NIS 1.7 million bill, in the event Shpurer loses, is admirable. However, it begs the question where all that solidarity can be found when non-Jews are involved.

Today marks 100 days since the arrest of Palestinian journalist Omar Nazzal, who since April has been kept in custody without being charged. Few Israeli journalists addressed this flagrant violation of the freedom of the press, and none of them launched a solidarity campaign.

In the spirit of the Union of Journalists’ activism and solidarity, I was expecting a similar campaign: recruiting journalists who are willing to spend one day in custody instead of Nazzal. A hundred days have gone by, leaving only 23 until the arbitrary arrest that was imposed on him by the GOC Central Command expires (barring extensions). What we need are 23 brave journalists to show solidarity with a 53-year-old father of three who was sent to jail without being convicted of a single crime.

Shpurer’s supporters, as well-meaning and conscientious as they are, know they risk nothing by standing up for her. The chances of her losing the case are minute, and their gesture comprises of nothing more than a pseudo-activist defense of freedom of the press. It involves neither professional nor civilian courage. What we have here is a sex trafficker and the journalist who uncovered him — there is a clear line between good and evil.

But not in Nazzal’s case. The Shin Bet — the Great Gods of Security — decided to imprison him, and most Israeli journalists accept this fact with no questions asked. Courageous journalism would be to stand up for Nazzal as well as Shpurer.

Arrested out of the blue

Nazzal, a Ramallah-based independent journalist and a member of the board of the Palestinian Journalists’ Syndicate, was arrested near the end of April while trying to leave the West Bank en route to Sarajevo for a meeting of the European Federation of Journalists. A few days later Israeli authorities issued an administrative arrest warrant against him.

The Shin Bet claims Nazzal was a member of the Popular Front for the Liberation of Palestine (PFLP), which Israel designates as a terrorist organization. His attorney has denied the allegation.

A few days later the military prosecutor acknowledged at a hearing held at Ofer Military Prison that there was insufficient evidence to bring charges against Nazzal. Nevertheless he claimed that there was enough classified material against him to justify administrative detention; the military court subsequently accepted this claim.

Nazzal was then imprisoned with neither the right to know what he was accused of, nor the right to defend himself against the charges. Administrative detention orders can be extended for up to six months at a time, with no limit on the number of renewals.

Journalist associations from around the world, as well as the Palestinian Authority, published calls for his release and held solidarity vigils.

“It was shocking to hear that a participant to a congress for journalists from all over Europe has been arrested by the Israeli authorities without any reason being given,” said Jim Boumelha, president of the International Federation of Journalists. “The 100 delegates representing over 320,000 journalists in 51 unions from all over Europe will be demanding that their colleague is released immediately.”

The Shin Bet emphasized that Nazzal was arrested for his involvement in terrorist activity.

“Nazzal had recently been appointed director of [Palestinian television station] Falastin al-Youm, which was declared illegal in February 2016,” a spokesperson said. “He has been associated with the PFLP for years, including very recently.”

Six days ago, ahead of a hearing on his petition for release, Nazzal began a hunger strike. When the High Court of Justice rejected his petition, he decided to continue hunger striking in solidarity with Bilal Kayed, who has been on hunger strike for 56 days. According to the Palestinian Prisoners Club, some 80 prisoners and detainees in three separate Israeli facilities are currently taking part in the solidarity campaign. 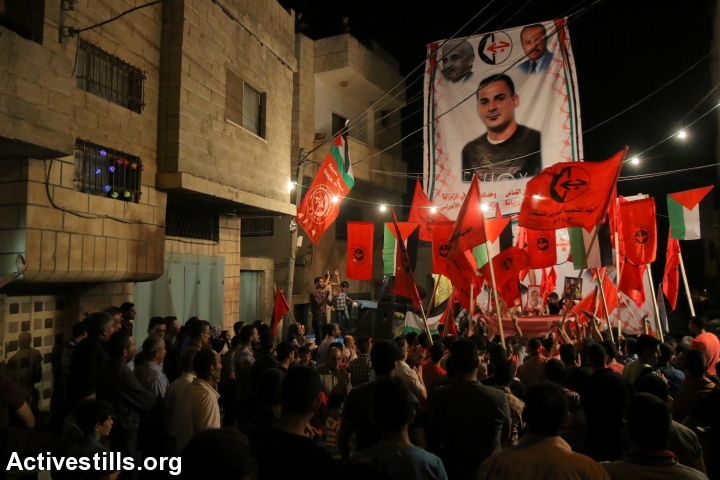 Nazzal’s attorney, who visited him yesterday, said he claimed the prison wardens have threatened to force-feed him, locking him in a van parked in the heat, until he almost fainted.

It’s worth mentioning again: Nazzal has not been convicted of anything. The prosecution itself admitted there is not enough evidence for an indictment. His arrest is a flagrant affront to the freedom of the press that the Israeli mainstream media — steeped in its privileges — has somehow ignored.

Solidarity isn’t just about standing up for the oppressed and the weak in time of need. It is also a preventative tool that ensures sure that what happens to one will not happen to another.

The reassurance of many of Nazzal’s Israeli colleagues that what happened to him could not happen to them is naïve and misguided. Practices that originated in the dark heartlands of the West Bank have slowly permeated into Israel proper, and from the silence of the journalists, in this case, we are all set to lose. 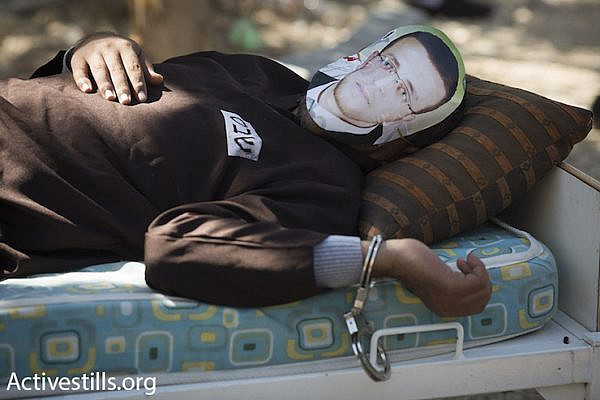 Palestinian hunger striker to remain handcuffed to hospital bed
The Beersheba District Court also ruled that Bilal Kayed, who has been hunger striking for 58 days, will be prevented from seeing his doctor, citing ‘adequate’ treatment he receives at Ashkelon’s Barzilai hospital. The Beersheba District Court decided in a precedent ruling that Bilal Kayed, a hunger-striking Palestinian administrative detainee, would be prevented from seeing…
By Haggai Matar August 12, 2016 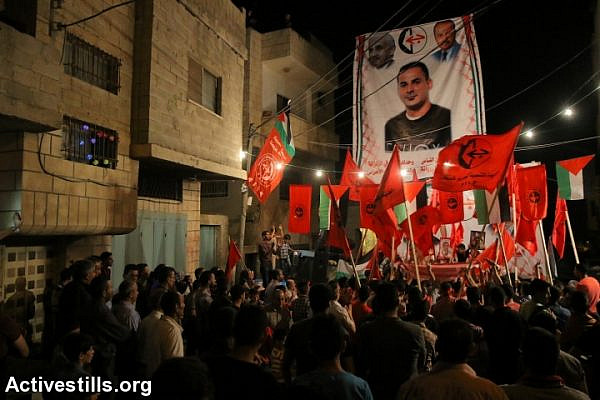 Palestinian man serves full prison sentence — Israel refuses to release him
Bilal Kayed was supposed to leave Israeli prison on June 13, after serving nearly 15 years behind bars. But on the day of his release, Israel decided to put him in administrative detention. By Ahmad Al-Bazz / Activestills.org Palestinian prisoner Bilal Kayed should have been out of prison by now. But on the day of his release…
By Activestills June 19, 2016 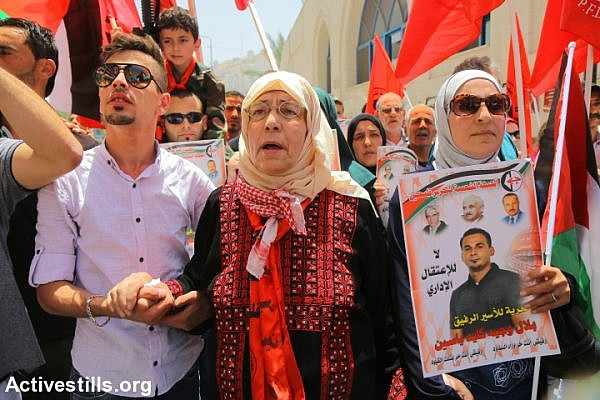