The current Israeli government’s focus on improving living standards in settlements and neglect of the rest of the Israel is a moral failure. 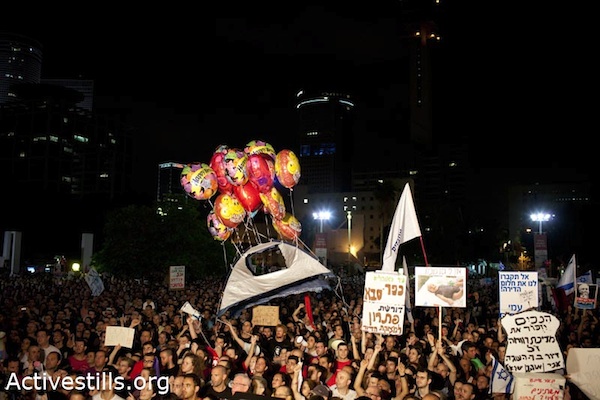 Israel is doing better than ever, I was told by a right wing activist just a few weeks ago. He is not alone in this belief. Many right wing activists argue that Netanyahu achieved most of his campaign promises. They claim that he kept Israel safe. He was successful in saving the economy in the midst of a worldwide recession. But most importantly he did not compromise with the Palestinians. The right wing activist I spoke to, pointed out to the small numbers showing up at the Leftist protests as proof that most Israelis are satisfied with the current government’s policies and actions.

On July 15 Hanoch Daum wrote on Ynetnews that Israel is doing just fine. He pointed to a verity of facts and statistics that supported the claim of Israel living its golden are.

After all, what’s really happening in Israel at this time? The unemployment rate is at a 20-year low, last month the number of tourists who arrived in Israel was the highest in more than a decade, and the personal security situation is the best we have seen here in the past 30 years or so. Generally speaking, people no longer fear terrorism as they did in the past and they also do not feel that they are about to lose their jobs.

This argument doesn’t hold water anymore. It seems like many Israelis didn’t receive Mr. Daum’s memo about Israel’s golden era. On Saturday tens of thousands protested the housing problem in Tel Aviv. The main squares in Israel have become tent cities. Medical doctors and students are protesting their working conditions as the prices of food and gas are increasing rapidly. School teachers’ paychecks are shrinking every year . The social democratic ideals upon which Israel was established are evaporating. The rich are getting richer and the poor remain poor.

Israel’s low unemployment rate and high GDP are indeed impressive, but not necessarily indicative of a healthy community. China has the second largest economy in the world and has one of the highest GDPs. However, China is run by dictators and is filled with poor people. Many of Israel’s poor are the employed poor.

What amazes me is many Israelis’ inability to make the connection between the continuation of the occupation and the domestic problems Israel faces today; Israel is building constantly in the West Bank but it is failing to provide housing to its citizens within Israel proper. The current Israeli government’s focus on improving living standards in settlements while failing to do the same for the rest of the country is a moral failure. 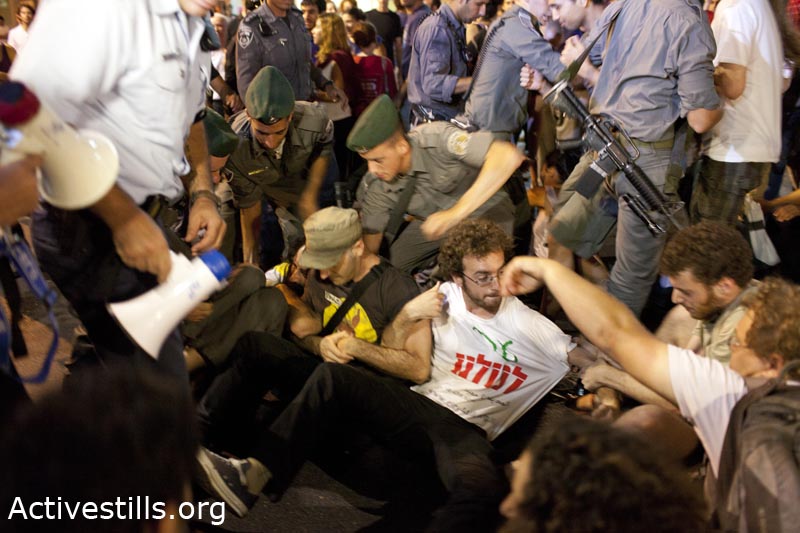 According to a Peace Now report published on July 20, settlers in the West Bank receive 69 percent discount on the value of the land (so that buyers have to pay only 31 percent of the price of the land) and 50 percent funding of the development costs of the building project. In 2009 Israel investment of settlements public building (excluding East Jerusalem) was 431 million shekels, which was 15.36 percent of all public investment in construction for housing that year, despite the fact that they compose only 4 percent of the residents of Israel.

Israel’s focus on sustaining the occupation and growing settlements is paid for by reducing development and the quality of life in the rest of Israel. Perhaps, Hanoch Daum is right about many Israelis’ inability to see the writing on the wall even if it hits them in the face.

I watch the news and see nothing that will give away, even through a small hint, the minute and apparently not so important fact that Israel is currently experiencing one of the finest periods in its history.

Apparently some people are like ostriches, they do well by putting their heads into the sand. Their inability to understand the consequences from a domestic policy that ends the social structure and ethical values of Israel for the sake of a good GDP number is saddening. The Knesset’s ability to pass legislation that drives Israel further from democracy without a real public outcry is a sign of disconnect. And like China’s occupation of Tibet, some Israelis are comfortable with occupying the Palestinian territories without a hinge on their conscience.

Israelis cannot afford to continue voting out of fear, basing their choices on security issues, or they will have the illusion of a secure state without any social of ethical standards. Many Israelis might n0t make the connection yet, but the struggle in Israel today is not about improving housing and social conditions, but is between those who seek to have a democratic state with social and moral structure and those who see China’s dictatorship as a good model toward becoming a major economic power.