Netta Barzilai is an incredible talent and deserved to win Europe’s most important song competition. But her victory, even if inadvertently, is a victory for the occupation. 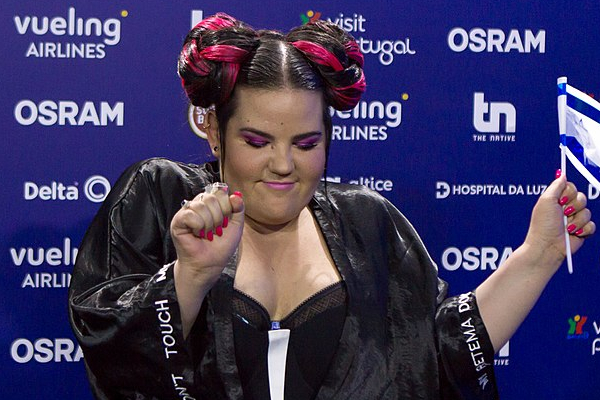 I’m a huge fan of Netta Barzilai. I think she’s a rare musical genius. I was rooting for her as she was competing to represent Israel in this year’s Eurovision Song Contest. Late at night on Saturday, as votes from across Europe were coming in, I was sitting on the edge of my seat, yelling at each country that didn’t vote for her, eventually bursting out in joyous laughter as she won the popular vote and the entire contest.

Politically speaking, however, Barzilai’s win is bad news. Our Eurovision victory proves that the Israeli right is correct. We can bomb Iranians in Syria as much as we want, push for the cancellation of an international nuclear agreement we are not even party to (and that most countries view as essential for world peace), open fire at journalists and nonviolent demonstrators, hold millions of people under a racist military regime for over half a century – and nothing bad will happen.

On the contrary. Embassies are moving to Jerusalem, exports (especially of Israeli weapons) are up, and next year’s Eurovision competition will be held in the unified (read: occupied) Jerusalem. Once in a while we might hear the distant, choking sound of Palestinians, living under the boot of Israeli occupation, but it’s a noise one gets accustomed to.

One can argue, of course, that the massive popular vote for Barzilai throughout Europe was neither a political statement in support of the occupation nor a message regarding the growing popularity of the authoritarian right across the continent. Rather, it was a genuine enthusiasm from her performance – and one that I share. While the Eurovision’s referee votes are highly politicized, ordinary fans of the competition likely voted for someone they recognized as a great singer – someone who sings about woman empowerment, and who pushes a progressive and liberal platform.

But in the real world of politics, intentions are not enough. Israel’s hasbara (state-sponsored propaganda) has made an art of turning liberals into a living proof of our being “the only democracy in the Middle East.” Both the Ministry of Tourism and Ministry of Foreign Affairs regularly boast of Tel Aviv’s progressive politics and its and vibrant nightlife – with a stated goal of re-branding Israel and hiding away Jerusalem, with its religious zealousness and occupation.

This is also the case now. As 972’s Orly Noy recently mentioned, Netta Barzilai represents the State of Israel. Both the government and opposition members in the Knesset have been celebrating her victory, saying that next year’s Eurovision will come to the “unified Jerusalem.” They know well that this is a national victory, not a private one. It is especially a victory for Prime Minister Benjamin Netanyahu, the “foreign relations wizard,” who is already using the latest news to promote both hasbara and his own political career.

The coming year will most likely turn into a PR war between Israel and BDS activists throughout Europe. As the 2019 contest inches closer, the latter will most likely start campaigning in all 40-plus countries that send representatives to the competition, bringing up information about the occupation in general and Jerusalem in particular – and thus sparking political controversy. This will not likely stop the show, but the international debate will be of value in and of itself.

Until then, it is up to Israelis like myself to keep fighting the occupation at home, to support Palestinian popular resistance, and in between – go party with the one and only, Netta Barzilai.