By Marian Houk and John Brown*

It didn’t take more than a few hours before the United Nations found out Israeli intelligence agents had arrested one of its Palestinian engineers as he was returning to the Gaza Strip through the Erez military checkpoint.

The very next morning, on July 4, a senior UNDP official in Jerusalem fired off a “Note Verbale” to Israel’s minister of foreign affairs, Benjamin Netanyahu, that expressed anxiety. “At around 1730 hours while at Erez, Mr. [Waheed] al-Bursh was taken by two security officers, and since then we know nothing about him.”

The UN official, Roberto Valent, asked that Israel provide the grounds for and circumstances of Bursh’s arrest, what charges he might face, and when he might be brought to court. In addition, he asked for access to Bursh “in his place of detention as soon as possible,” and for “assistance in arranging legal representation and the presence of UNDP at any court hearings.”

These requests are part of long-standing procedure codified in a UN 1981 Administrative Instruction and approved in a 1982 UN General Assembly resolution, during the Cold War, when the UN had special concerns for its staff members who were, usually for political reasons, sometimes made to disappear during their “home leave” and secretly jailed, in certain countries.

The Israeli Foreign Ministry was slow to reply (government regulations require written answers in 20 working days). Only when the Shin Bet was ready did the Foreign Ministry launch a high-profile campaign, on August 8. The next day Bursh had his first court hearing, which was held behind closed doors and without the presence of a UN official. In their announcement, Israeli authorities said they “arrested” Bursh on July 16, which means he was held almost two weeks longer — in isolation under interrogation — than Israel has so far publicly acknowledged.

As part of the public campaign it launched surrounding the UN engineer’s arrest, the Israeli Ministry of Foreign Affairs posted a Shin Bet statement saying that “Borsh confessed that he did indeed carry out activities that aided Hamas.” The statement also said that “During the Waheed Borsh investigation, it was discovered that he had been instructed by a senior member of the Hamas terrorist organization to redirect his work for UNDP to serve Hamas’ military interests.” In addition, this statement says that “according to Borsh, other Palestinians who work for aid organizations are also working for Hamas,” which links to a statement about another recently arrested Gaza man who works in a senior position for World Vision, thereby portraying Bursh as a collaborator. 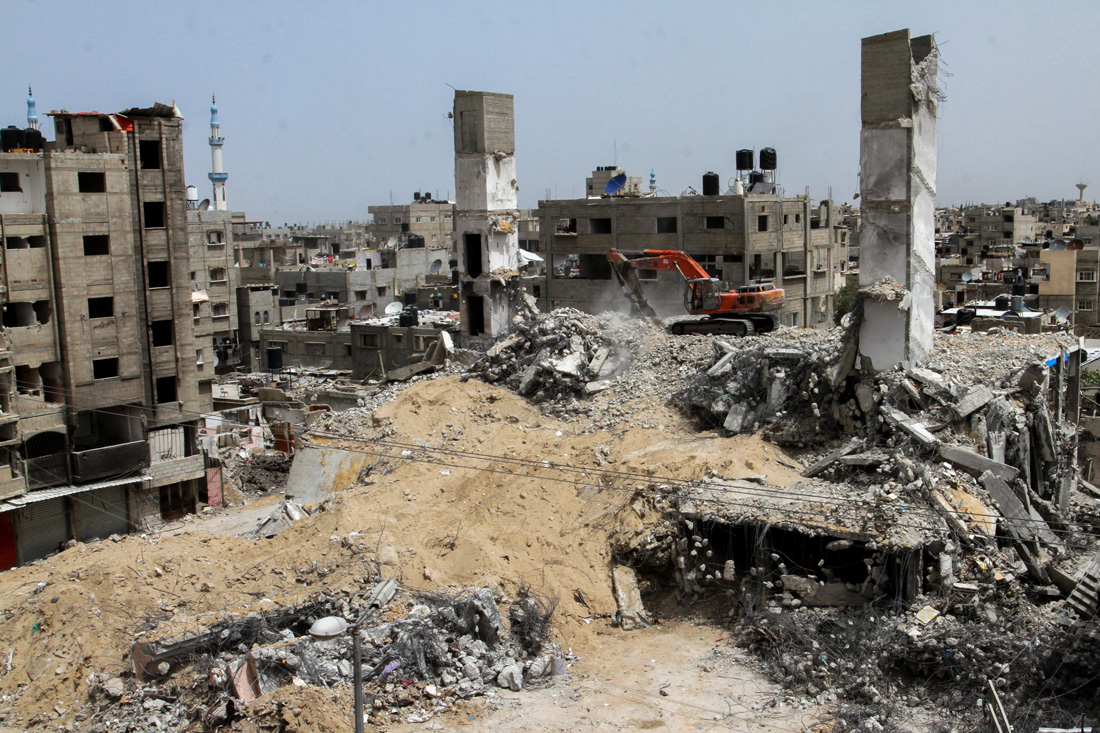 The indictment of Bursh, along with the high-profile case of World Vision local director Mohammad el-Halabi, both from Gaza – from which Israel unilaterally “disengaged” in August 2005 – appears to be based exclusively on Shin Bet interrogations. The two men are both charged with “assisting Hamas,” which is a crime in Israel – but not in Gaza. His prosecution is only possible because Israeli courts often claim universal jurisdiction with regards to security matters.

The United Nations, however, asserts that Bursh enjoys limited immunity as a UN employee. Waheed Bursh was working under contract for the United Nations. According to a letter from the UN Legal Office to Israel, Bursh “enjoys immunity from personal arrest or detention, as well as immunity from legal process in respect of words spoken or written and acts done in the performance of his mission.” Only the UN Secretary-General can lift or waive that immunity, the UN Legal Office wrote to Israel’s Mission to the UN on August 23, making clear that this is not up to Israel to decide.

“It is outrageous that a man assisting a terror organization could benefit from UN immunity,” Foreign Ministry Spokesman Emmanuel Nachshon told Ynet. “The claim (the UN’s assertion of immunity) was examined by jurists who determined it is ‘unsubstantiated’.”

A UN official who spoke with +972 explained that “Bursh was indeed a contractor but the issue of ‘functional’ immunity applies to contractors.”

The UN Legal Affairs Office confirmed, in its letter on August 23, that Bursh, “a UNDP service contract holder assigned to work on projects in Gaza,” had “been accorded the status of expert on mission,” a status Israel has used quite often to shield its own officials from arrest related to war crimes investigations while traveling abroad. 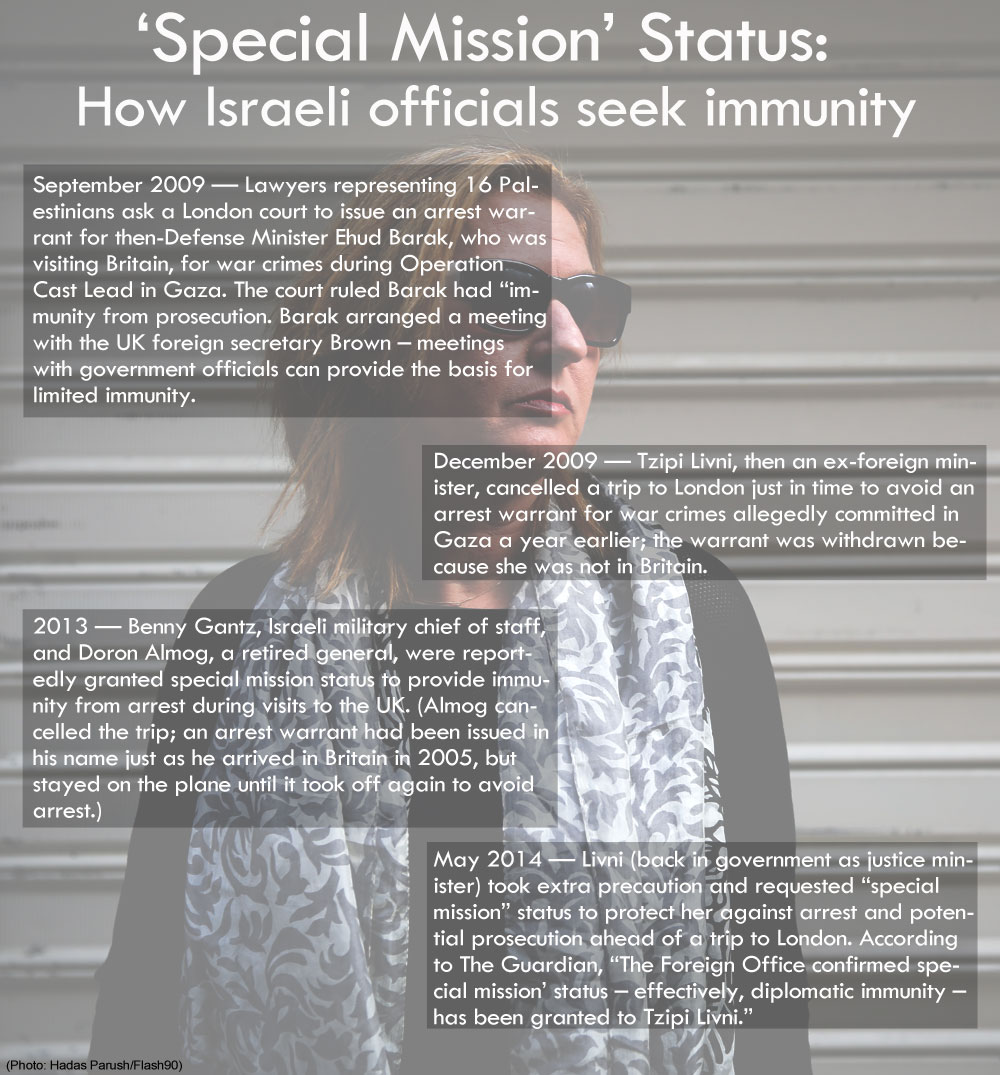 For UNDP, however, the main charge in Israel’s indictment remains unsubstantiated.

Israel’s indictment alleges that Hamas asked Bursh to divert rubble from destroyed homes for the construction of a port to be used (in the future) by Hamas’s military wing, the Izzadin al-Qassam Brigades.

On August 12, UNDP published a statement saying it had examined the facts related to statements contained in Mr. Al Bursh’s charge sheet,” and that “there was no diversion of rubble from its designated location to Hamas. The rubble was delivered by UNDP in coordination with the Palestinian Authority to a civilian area. There were no signs of Hamas presence in that area at the time.”

The UN statement also noted that “UNDP has twice requested access to Mr. Al Bursh to verify his fair treatment whilst in detention. At this time­, such access has not been granted.” As of September 14, the UN had still not been granted access to Bursh, UNDP/PAPP Communications Specialist Dania Darwish confirmed to +972.

Bursh was held incommunicado for almost 40 days, with no UN or legal assistance, and of course no contact with his family in Gaza. Such treatment is common in Israel, particularly for Palestinians, because confessions are often prioritized over other standard investigatory tools, including forensics. The sure way to obtain conviction in Israeli courts is by getting a confession, and when Palestinians are the suspects, it rarely matters how it was obtained. Israeli courts rarely throw out confessions gleaned by torture, which is allowed under certain circumstances.

The two indictments, against Halabi and against Bursh, appear to be based entirely on confessions obtained by Shin Bet after each of these men was isolated, undergoing interrogation and under pressure for weeks, with no access to a lawyer.

Dore Gold, director-general of Israel’s Foreign Ministry, says that Halabi was arrested – and then the importance of his position with Hamas was discovered. In other words, Halabi may have been initially detained and interrogated on a fishing expedition.

“The investigation revealed much information concerning additional figures in the Gaza Strip who exploited their work in humanitarian aid organizations and UN institutions, on behalf of Hamas,” Gold wrote in a statement published on the ministry’s website. 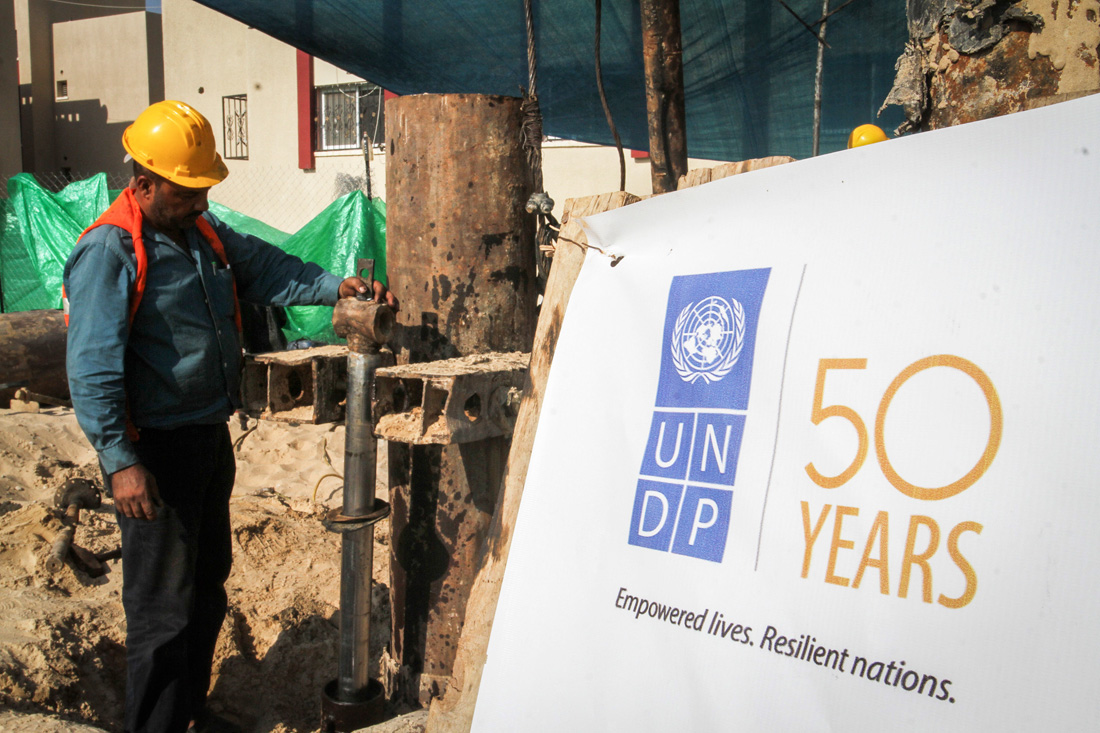 Indeed, Halabi, during Shin Bet interrogations, may well have implicated Bursh, and others as well. The Shin Bet’s statement on Bursh, published by the Foreign Ministry, implies that Bursh also implicated Halabi and other Palestinians working for aid organizations who “are also working for Hamas.”

It is likely that the two men would know each other. They are both from, and live in, Jabalia, and they are approximately the same age. Halabi also worked for UNDP in Gaza before he joined World Vision.

Amnesty International reported that Mohammed Halabi “was initially denied access to a lawyer and, when she was eventually allowed to meet him, he alleged he had been seriously mistreated in custody.” Amnesty has made no statement about Waheed Bursh. “No particular reason,” an Amnesty representative replied when asked why. “We can’t cover everything.”

Following the publication of this article, Amnesty clarified that: “As in the case of al-Halabi, Amnesty International would reiterate its calls on the Israeli authorities to try Bursh in accordance with international fair trial standards.”

In its so-far unpublished letter dated August 23, The UN Legal Office wrote that Israel has an obligation under the UN Charter (specifically Article 105, paragraph 1) to respect the status of UN personnel in the State of Israel. The letter states that the privileges and immunities are spelled out in the Convention on the Privileges and Immunities of the United Nations, which was adopted by the UN General Assembly in February 1946, and “to which Israel has been a party, without any reservation, since 21 September 1949.”

The UN Legal Office, here, gave a clear signal to Israeli authorities that there are big issues at stake, and asked Israel to release Bursh to UN custody, pending the Secretary-General’s decision on lifting or waiving immunity – which, the UN Legal Office said, would require Israel sending it more information through the proper channels.

When Israel provides additional information as requested, “as well as the facts supporting the charges” against Bursh, the UN Secretary-General will determine if the immunity “impedes the course of justice and can be waived without prejudice to the interests of the United Nations.”

“The UN is not saying that its personnel enjoy immunity from illegal acts,” a UN official told +972. “As soon as the UN is provided with the requested information that supports the allegations [terrorism, etc.] the UN will swiftly respond with its determination on immunity.”

Marian Houk is a journalist covering developments in Israel and Palestine. *John Brown is the pseudonym of an Israeli academic and a blogger at Local Call, +972 Magazine’s Hebrew-language sister site. (Top photo: Yonathan Sindel/Flash90) 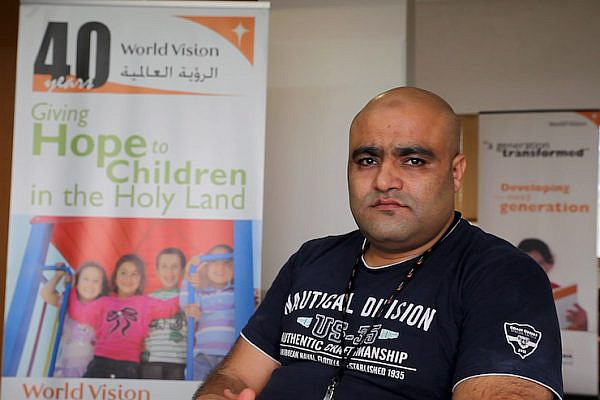 After 3 years, accusations against Gaza World Vision head remain unproven
Mohammed Halabi, arrested in 2016 by Israel on accusations of diverting charity funds to Hamas, is still behind bars. Dozens of court hearings later, the state has yet to present evidence against him. By Antony Loewenstein “I’ve never heard of any case like this in Israel before,” says Maher Hanna. “Even in the [nuclear whistle-blower] Mordechai Vanunu case,…
By +972 Magazine June 14, 2019 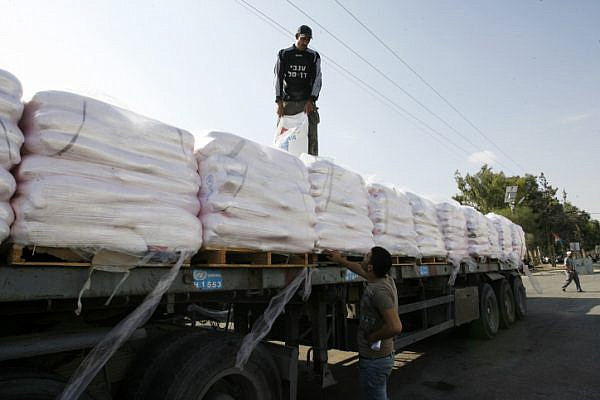 Will we ever know the truth about World Vision and Hamas?
Australia says it found no evidence that its World Vision funds were diverted to Hamas, as Israel alleges. But can the Israeli legal process be trusted? The Australian foreign ministry has not found any evidence that the Gaza head of a major humanitarian organization funneled Australian funds to Hamas, Australia’s ABC news reported Wednesday. The…
By Dahlia Scheindlin March 23, 2017

Everything we don’t know about the World Vision in Gaza story
How the Israeli media reports a story spoon fed to it by the security services. And are government officials and the courts capable of acting any differently? The story of a Gaza man indicted for diverting millions to Hamas from a major international charity for terror activities is roiling headlines in Israel. The incident is important both for how…
By Dahlia Scheindlin August 7, 2016