By approving the decision to deport African asylum seekers to Rwanda and Uganda, Israel has granted legitimacy to two of the most brutal dictators on the continent. 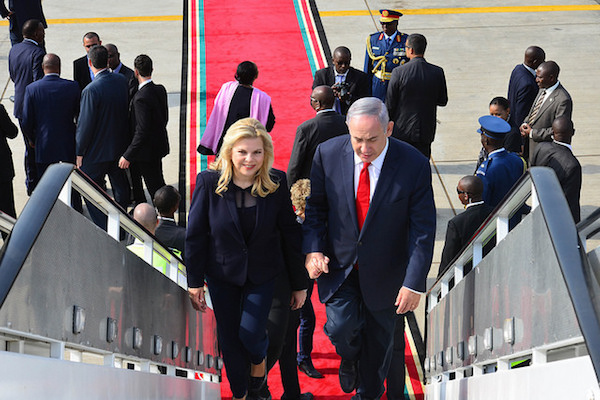 The Israeli Supreme Court approved the decision to deport African asylum seekers from Israel. These agreements had previously been made between Israel and states whose identity seemingly remains confidential. But in fact, their identity is known to all: Rwanda and Uganda. The Court’s ruling has given a stamp of approval to two authoritarian regimes and their legal systems, by stipulating that they are capable of upholding the rights of those deported from Israel.

The ruling was based primarily on classified opinions submitted by the Israeli Ministry of Foreign Affairs and other authorities, which had been shown to the judges in the presence of one party alone, and in the absence of the appellants. In the ruling, Supreme Court President Miriam Naor refrained from directly addressing the claim that the Rwanda and Uganda are not democracies which uphold human rights. Justice Elyakim Rubinstein noted that the fate of the deportees must be closely monitored, even going so far as to say that his comment was in no way meant as an affront to these regimes.

The judges expressed their dissatisfaction with the fact that some of the deportation arrangements were oral agreements that have not been grounded in written documents. And yet, they ruled that this was no grounds for the annulment of the understandings. Justice Rubinstein was right in warning that oral understandings may be rendered null and void in the case of a regime change, but he did not dare go a step further and state the whole truth: that the Court’s ruling has turned Israel into an investor in the future of Yoweri Museveni and Paul Kagame, the dictators of Uganda and Rwanda, since their fall will render the oral understandings null and void.

Refugees in exchange for weapons

This is a shady investment. Museveni has ruled Uganda since 1986, and Kagame has changed the constitution in order to rule at least until 2034. Both have acted firmly to maintain their presidencies for life through rigged elections, constant surveillance, persecuting members of the opposition, torture, disappearances and murder of opponents, press restrictions, and the perpetration of crimes in neighboring countries. The Kagame regime in Rwanda has for several years supported the murderous militias in the Democratic Republic of Congo — who use rape as a weapon of war — as well as militias in Burundi as well.

The future of both dictators is far from being certain. The Kagame regime and his security forces rest on a tiny ethnic minority — a closed circle of former rebels group (RPF) — whom Kagame had led in the past, and who took power in Rwanda following the genocide there in 1994. The status of Museveni’s health is unclear. A year ago, at the joint Israeli-Uganda ceremony in Entebbe, Museveni, 73, repeatedly called the State of Israel “Palestine.” His close friend, Benjamin Netanyahu, sat in the audience and giggled. 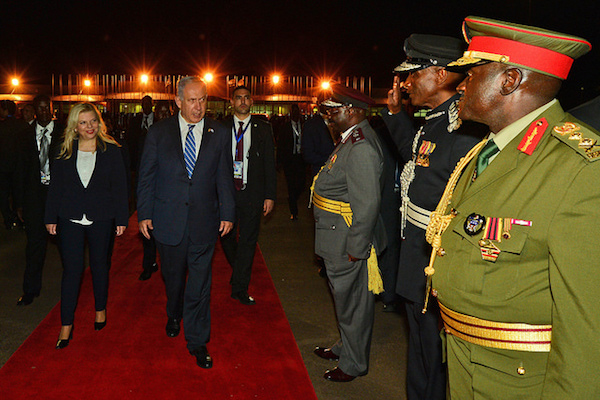 Despite the classified content of the agreements between Israel and the two African countries, human rights activists and journalists assume that Israel is paying Rwanda and Uganda in military goods and services, in exchange for allowing asylum seekers to enter. Even if the deportation agreements contain no explicit clauses vis-a-vis to arms transfers, Israel has provided these governments with means of internal repression, which have contributed to the survival of two authoritarian regimes.

Kagame benefits, among other things, from Israeli Tavor rifles and Border Police training of his security forces in “anti-terror” operations, although the main source of terror in Rwanda is the state. In 1994 Israel renewed its official relations with Uganda. Nowadays, it is one of Israel’s key arms export destinations in Africa, including for surveillance systems and training. Uganda is also important to Israel as it has served as a channel for the delivery of arms to rebels in South Sudan since the 1960s, and since 2011 to the independent state of South Sudan. According to a UN Security Council report, in 2014 — in the midst of the murderous civil war in the new country — Israeli Micro Galil rifles were channeled from Uganda to the South Sudanese security forces, who used them to carry out crimes against humanity.

One can assume that Kagame and Museveni’s regime benefit from Israeli legitimacy. Unlike EU states and the United States, which from time to time criticize human rights violations by these two regimes — as well as the rigged elections and Kagame and Museveni’s refusal to step down — Israel is marketing the two as great leaders who share its values and ideas on economic development, and take part in the war on terror. Kagame visited Israel in July, just ahead of the recent “elections” in Rwanda, in which he was elected by a majority of 99 percent of the votes. Netanyahu told journalists who covered the meeting that Rwanda was extremely lucky to have Kagame as its leader. In a letter sent by Netanyahu to Museveni in October 2016, the Israeli prime minister wrote that he was looking forward to working with Museveni in the years ahead to strengthen Uganda and Israel’s strategic partnership, and to promote the shared interests of the two countries. Netanyahu’s letter was published on the Ugandan Parliament’s official website, alongside supportive letters sent by presidents of China and Burundi, the latter of which is suspected of crimes against humanity. 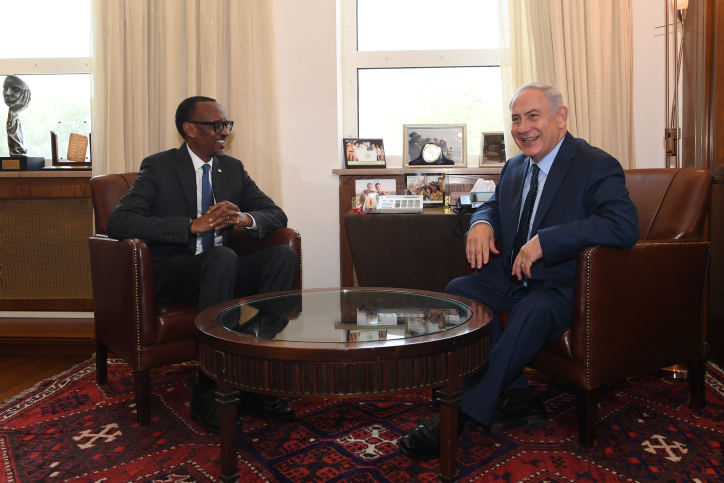 In recent years, Rwanda and Burundi have become two of Israel’s staunchest supporters at international forums. Ahead of his recent visit to Israel, Kagame took part in the annual AIPAC conference. When he visited Israel, Netanyahu thanked him, perhaps influenced by Museveni’s speech in Entebbe:

We also see how you stand up for Israel in international forums. You already expressed a simple principle that we believe in – that is, that bilateral relations should be reflected in multilateral forums. There is a dissonance, obviously, between us and quite a few nations still. We saw that in the absurd vote in UNESCO that said that King David, there, depicted there with a harp, King David was not in Jerusalem, he was in Tibet. His son, Solomon, didn’t build the temple, he built it in South America.

Putting the past behind us

Another putative agreement between Israel and two African countries regards the past. Or to be more precise: leaving the past behind. In order to legitimize deportation agreements among the local population, while thwarting opposition to these regimes, Israel, Uganda, and Rwanda have an interest in the erasing Israel’s support of the murderous Idi Amin regime in Uganda and the murderous Hutu regime in Rwanda, against whom Museveni and Kagame had once rebelled.

During the civil war in Rwanda, which began in October 1990 with the invasion of the Tutsi rebels led by Kagame, Israel supported the Hutu regime with arms and training. Israeli military exports did not cease even after the civil war escalated into genocide in April 1994. David Himbara, former advisor to dictator Kagame between 2000 and 2010, said that Netanyahu’s visit to Kigali last year was absurd, since Israel had blocked all internal investigations regarding it role in the Rwandan genocide, which included the provision of rifles, grenades, and bullets. Similarly, Israel bears responsibility, albeit indirectly, for the rise of Idi Amin to power in Uganda in 1971. Israel had endorsed Amin and helped him consolidate his regime leading up to the coup he led in January 1971. According to the Uganda Truth Commission report, Amin turned to Israel right after the coup and asked for help in setting up a new Ugandan internal security service. Even after the severing of relations between Israel and Uganda in April 1972, the arms and training which had been provided by Israel did not vanish into thin air, and these kept serving his murderous dictatorship for years. 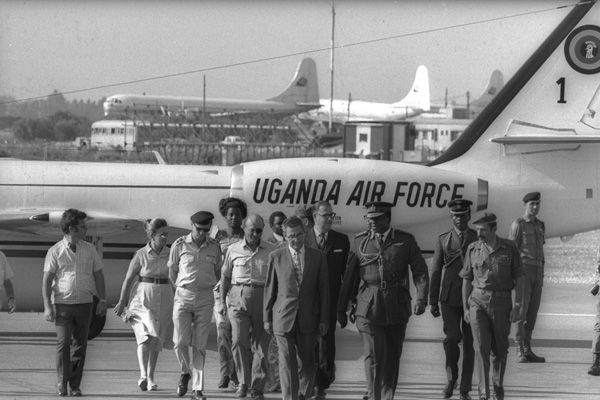 There is no indication that Museveni and Kagame have asked Israel to apologize and assume responsibility for its involvement in the aforementioned crimes. In April 2016, Israeli Supreme Court President Miriam Naor rejected an appeal for the publication of documents pertaining to Israeli complicity in the Rwandan genocide. Was the Rwanda deportation agreement one of her considerations?

In 1974, the Israeli Supreme Court rejected an appeal regarding a financial dispute between two Israeli companies, based on the losses one of them had incurred due to the expulsion of all Israeli companies operating in Uganda two years earlier. Justice Landau ruled that the contract between the two was not annulled and that one could not be exempt from paying damages to the other, since “one can assume that both sides, as level-headed business owners, knew well that in a country such as Uganda, with a dark dictatorial regime, coups and sudden turmoil may occur.” 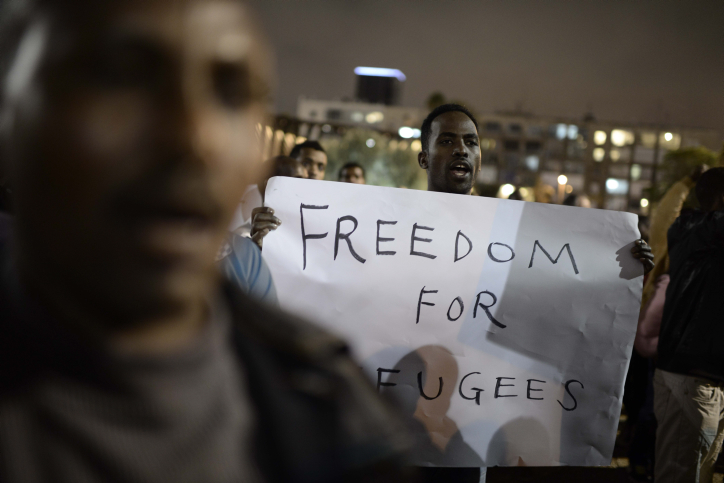 Speaking of dark dictatorial regimes, one should ask why the IDF and Israeli companies did business in Uganda for many years. Indeed, Museveni’s regime is different from Amin’s, Landau’s ruling should still echo in the corridors of the Israeli Supreme Court. The court should have been “level-headed” and realize that the situation in Rwanda and Uganda was not ideal, to say the least, and that business with such regimes is highly problematic when liberty and human lives are at stake. No wonder that apart from arms dealers and humanitarian aid workers, not many Israeli citizens are known to have chosen to reside in these countries. One can also assume that President Naor and the other justices would not have considered moving to these countries — or working in their judicial systems — which all of a sudden have been given an Israeli stamp of approval.

In her ruling, President Naor stated that in view of the confidentiality of the deportation agreements, the Court served as the “eyes and mouth” of the asylum seekers. Naor also reiterated that the deporting state is the one that bears responsibility for the safety of those being deported, and if it turns out that the latter’s rights were violated, Israel may bear responsibility. Since the justices have approved the agreements, and have even commented about them in a closed-door hearing with state representatives alone, they too are responsible — at least from a public perspective — for the safety of deported asylum seekers. The justices’ moral responsibility applies not only to these deportees, but to all citizens of Rwanda and Uganda, who, as part of Israel resolving its internal problems, have been sentenced to many years under the iron fists of Museveni and Kagame — two dictators who have profited most from the Israeli ruling.

Get Our Weekly Newsletter
Before you go…
A lot of work goes into creating articles like the one you just read. +972 Magazine is nonprofit journalism, owned by many of our writers, editors, and journalists. In order to safeguard that independent voice, we are proud to count you, our readers, as our most important supporters. With your support, we can keep +972 Magazine a strong, independent, and sustainable force helping push the global discourse on Israel/Palestine.
DONATE
More About Israeli Supreme Court 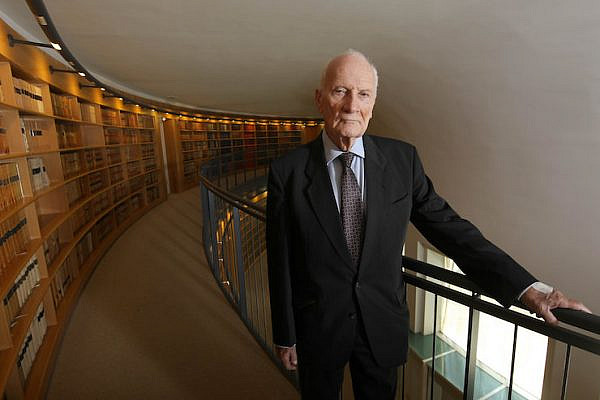