An Israeli court upholds the government’s policy of indefinitely imprisoning African asylum if they don’t agree to ‘voluntary deportation’ to third countries with no legal status. The xenophobia driving Israel’s policy is top-down, but there is another way. 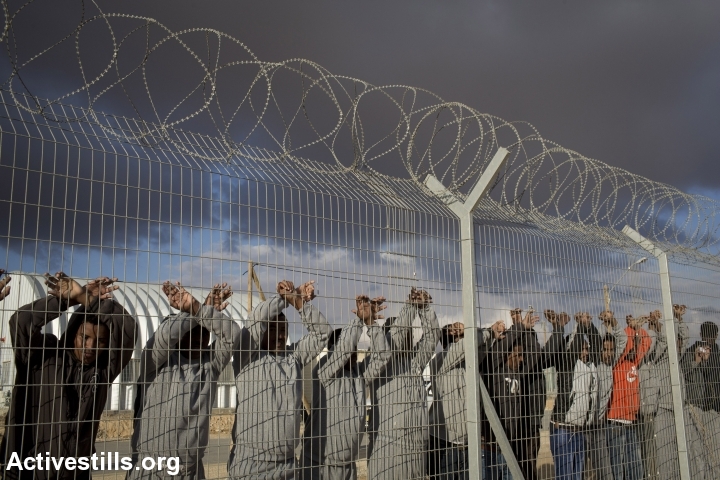 The Be’er Sheva District Court rejected a petition filed by human rights organizations earlier this month, thereby green lighting the indefinite imprisonment of asylum seekers unless they agree to leave Israel for a third country. The term “voluntary deportation” has always described a dubious state of affairs: people who risked their lives to get to Israel, whom the state did everything in its power to make miserable, are said to depart of their own “free will.” Following this ruling, the indifference and cynicism suggested by this term will only grow as those humans who fled dictatorship and genocide are forced to choose between indefinite detention and a dangerous journey, during and at the end of which, their safety is not guaranteed.

Sadly, the court failed to grant sufficient weight to testimonies presented to it, collected by the human rights organizations whose researchers actually went to visit those destination countries, witnessing reality there first hand. Asylum seekers leaving Israel for Rwanda (the only country offered to asylum seekers over the last few months, according to what we are told) discovered a reality drastically different than the prospects promised to them by Israel. The travel documents provided upon departure from Israel were taken from them upon their arrival to Rwanda; they were led to an enclosed compound and told they could not leave it unless they pay human smugglers the entire stipend given to them by Israel in order to illegally cross the border to Uganda. Those crossing the border embark on a treacherous journey, on which they are forced to hide from Ugandan authorities and are vulnerable to robbery and violence. (Read more on the fate of those who ‘voluntarily’ leave Israel here.)

Uganda too has nothing in store for asylum seekers: accessibility to asylum proceedings is limited, and asylum seekers have neither papers nor ability to work legally. This means that many of them try to move on. Some individuals who had left Israel were lucky enough to make it safely to countries in Europe, but others, like those executed by ISIS in Libya this past April, were not so lucky. They were forced to leave Uganda for other countries, searching for a safe place. For them, the journey commences all over again. Israel, which has driven them to embark again on this dangerous journey, indifferently casting them away to a country where they cannot settle, cannot absolve itself of responsibility for their fate. With the ever-increasing refugee influx to Europe, Israel has a duty to behave as any nation in this world should, rather than trying to transfer asylum seekers who have reached it to Europe, across a long, risky road. 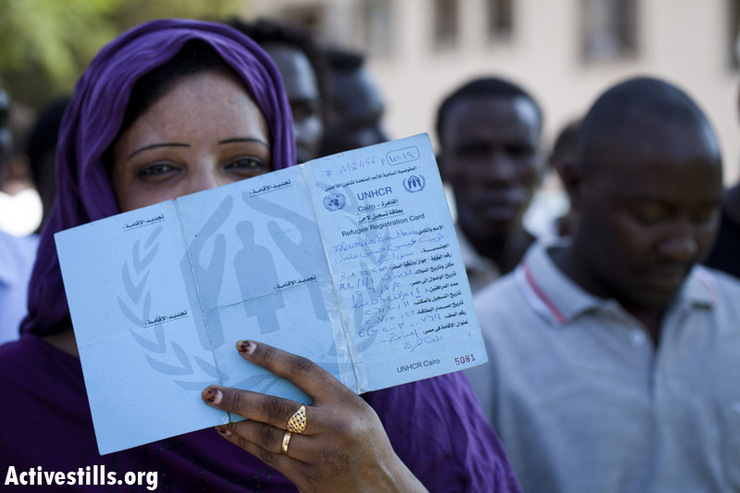 A Sudanese woman shows her UNHCR Refugee card from Egypt as Sudanese refugees protest in front of the government’s offices in central Tel Aviv against a plan to imprison refugees in Holot, October 14, 2012.  (photo by: Oren Ziv/ Activestills.org)

Israel’s agreements with the third-party countries remain classified. Nevertheless, information about the arrangements has been released by the media more than once. Yet despite the fact that this information comes from asylum seekers who were sent to those countries, the state has yet to admit that the destinations are indeed Rwanda and Uganda. Nor does it specify the protections to be provided for those arriving there and the guarantees for their safety. Asylum seekers, therefore, are requested to sign an agreement the contents of which they do not know. The ruling earlier this month means that thousands of people will be detained only because of their legitimate fear of leaving for a place where no one can guarantee their safety. Can anyone blame them? The fact that many of them have indeed yielded to this dubious deal only demonstrates the despair they have been reduced to by Israel. It is not just the threat of being detained at Saharonim and the detention already underway in the Holot ‘open’ prison. The pressure is manifested in every mundane and daily detail: the absence of any social rights, the fact they can only plan their lives a few weeks at a time and the deliberate imposition of tortuous bureaucratic hurdles at every turn.

The indifference to the lives of asylum seekers emerging from this arrangement cries out to heaven. It is the same indifference that facilitated Habtom Zarhum’s lynch and that has enabled their detention in Holot for almost two years now. This indifference did not materialize out of thin air. We haven’t always been devoid of compassion. In 2007, the press and public at large referred to asylum seekers from Darfur as “refugees” and they received a very different kind of treatment. The indifference and hatred we see today are the product of years-long instigation and scare-mongering, of re-casting asylum seekers as “infiltrators” and their inclusion under a law originally designed for national security threats. It is top-down xenophobia, orchestrated by decision-makers.

The time is now ripe for other solutions, solutions based on compassion, and appropriate and effective policy. Israel cannot detain the entire asylum seeking community currently living in Israel, roughly 45,000 people. Nor can it deport them – otherwise there would be no need to invest millions in their detention and secret arrangements for their departure. The present solutions are costly, ineffective and socially dangerous. Instead of a detention-and-despair kind of policy, suitable alternatives must be found, alternatives that benefit all communities living in Israel. Accordingly, for example, the hundreds of millions of shekels being spent each year to detail asylum seekers could be redirected for the benefit of the underserved residents of south Tel Aviv’s neighborhoods. Asylum seekers should be given health insurance, to ease the burden placed on hospitals, and they must be allowed to work, to protect their own rights, but also to benefit the Israeli labor market. Regulated work should also lead to a natural dispersal of the asylum-seeking communities around Israel.

Anat Ovadia-Rosner is spokeswoman for the Hotline for Refugees and Migrants. This article was first published in Hebrew on Haokets. Translated from Hebrew by Noam Benishie. 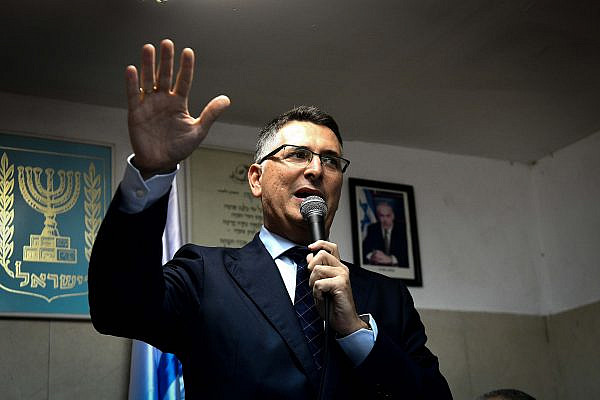 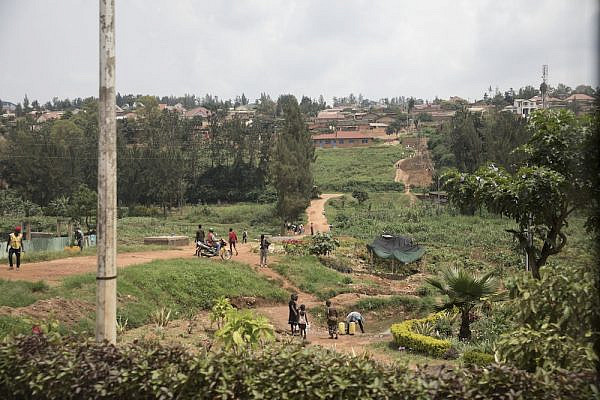 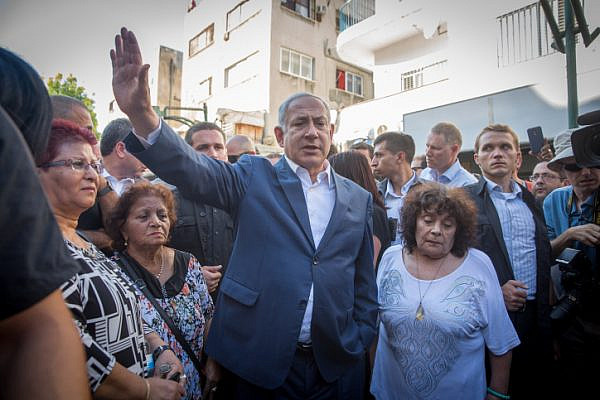