The eviction of the Sumarin family was delayed but not canceled, leaving the family in limbo. Other groups live with uncertainty as Israel wages a psychological war of attrition on non-Jews. 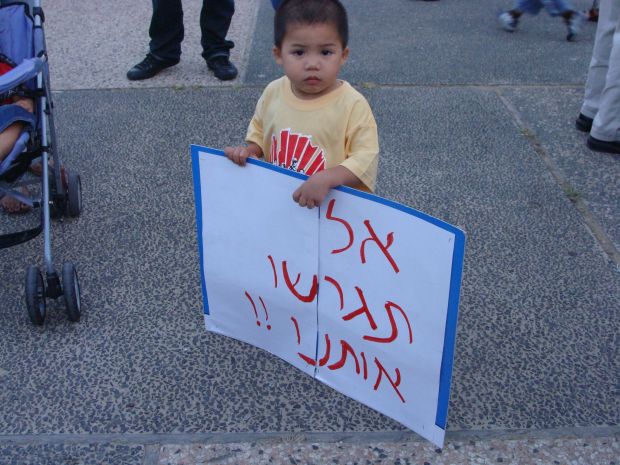 According to Haaretz, the Jewish National Fund (JNF) has delayed the eviction of the Sumarins, a Palestinian family who lives in the East Jerusalem neighborhood of Silwan and who were slated to be evacuated from their home on Monday.

The JNF has been trying to evict the Sumarin family for 20 years. Much of Silwan’s land has been confiscated by the state and transferred to Himnuta, a company owned by the JNF. These holdings have been passed on to Elad, a settler organization that operates the City of David park, which is located in Silwan.

After the Sumarins received an order several weeks ago to vacate the premises, human rights organizations and activists launched a campaign to prevent the eviction. While some consider the delay a victory, it points to a larger problem–it is a delay. A delayed eviction does not represent a permanent solution for the Sumarins, a family of 12 who could still lose their house. Nor does this delayed eviction address the larger issue of illegal Jewish settlement in East Jerusalem and the West Bank, the Israeli government’s complicity in the enterprise, and the far-reaching consequences for Palestinians who live under military occupation.

There is something torturous about living with uncertainty, with a sword dangling over one’s head. Whether that sword be eviction from one’s home or deportation from the country–it’s a reminder that one is not the master of his fate, that his life is in someone else’s hands. It’s a psychological war of attrition.

It’s not just the Sumarin family nor is it just the Palestinians–the Israeli government keeps other “others” in constant limbo, as well. There are the children of migrant workers who live under the constant threat of deportation, two years after the state announced its intent to expel them. It’s the families who have been fighting for naturalization since 2005, only for the state to continue dragging its feet. It’s the 25-year-old man, born and raised in Israel to Filipino parents, who can’t get on with his life because the state would rather ignore non-Jewish immigration than come up with a clear, consistent policy. It’s refusing to process the requests of tens of thousands of African asylum seekers, refugees who live with a constant question mark over their heads. And as the state constructs a detention center to imprison asylum seekers, the question of their status is growing ever more urgent.

Home evictions, deportations of children, the status of asylum seekers–these issues cannot be considered on a case-by-case basis. Israel’s policies towards non-Jews, or its lack thereof, must be interrogated and amended so that every man, woman, and child can go to bed at night having some idea of what the next day will bring.