Posters have appeared in a few spots in Rome portraying the German Chancellor Angela Merkel wearing an SS-style uniform, with a Euro-currency emblem on the arm patch in lieu of the Nazi (National Socialist Movement of Germany) swastika. The posters are credited to the Communist Party of Italy. 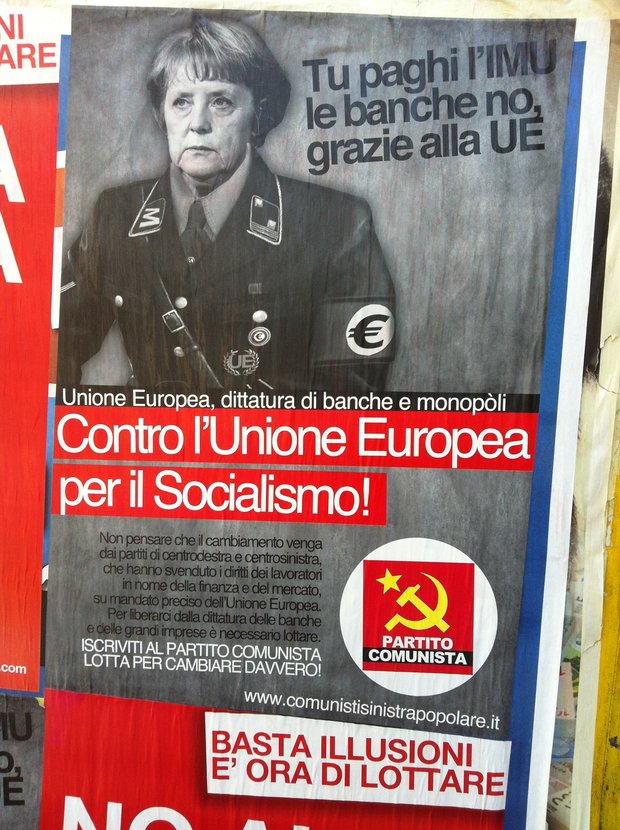 As if the comparison wasn’t obvious enough, someone clever went around with a marker and added in the Third Reich’s leader’s infamous mustache. 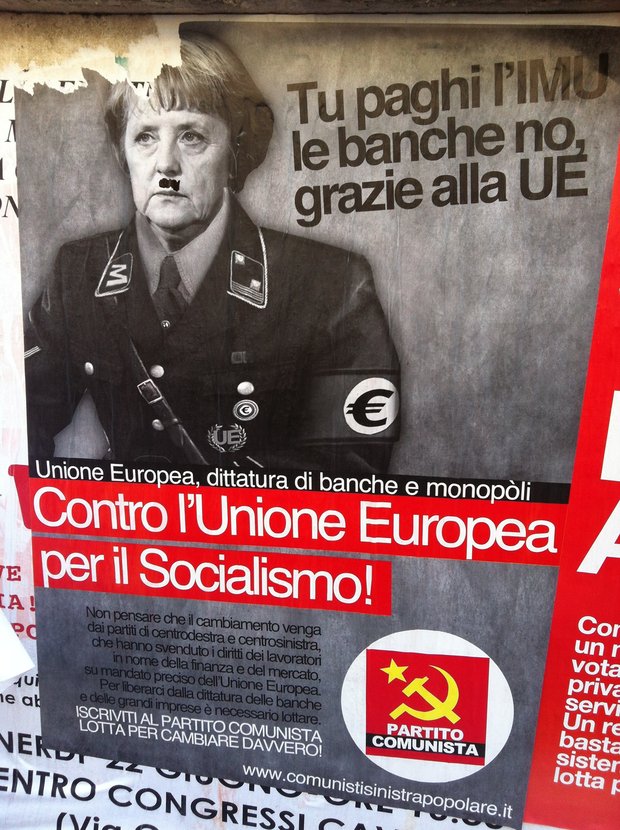 A mustache is added to the image of Merkel, further likening her to Hitler, Rome, Italy, June 24, 2012 (photo: Roee Ruttenberg)

The argument made on the posters is that the EU is a cover-up for the banks, a protectorate of monopolies. And it must be defeated.

While the use of Hitler-like images rouses emotions, it lacks rationale.  The situation in Germany now is much different than it was in the 1930s. It was not hyperinflation in the 1920s that brought Hitler to power, but rather depression and high unemployment a decade later. Domestically, Merkel isn’t dealing with those issues, and her position of strength is derived from a totally different style of policy-making.

Some Italians chose to welcome Merkel with a different sort of sign. Another poster – this one put-up by the Center-Left Democratic Party – called on Italians to rally to Greece’s support in order to save Europe. 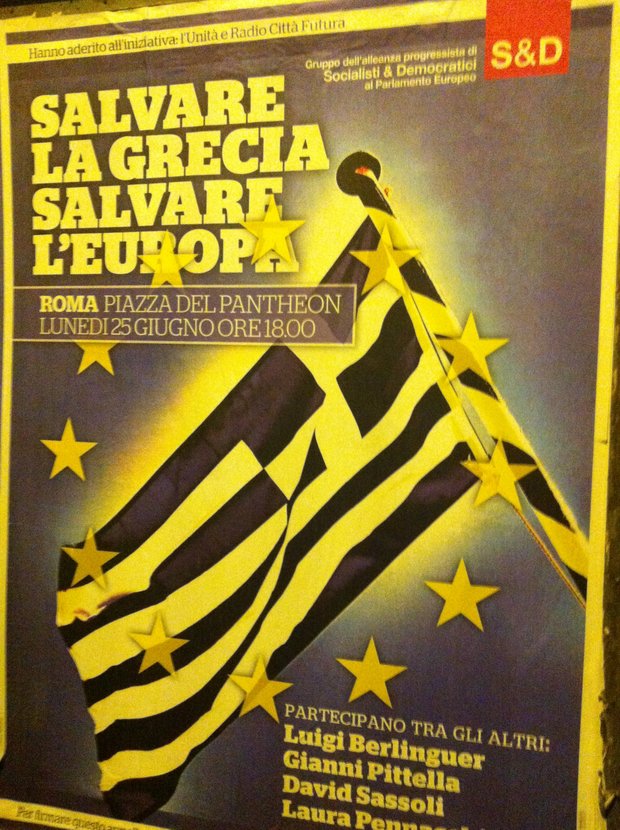 Merkel was in Rome for a 4-way meeting with her counterparts from Spain, France and host country Italy. All are due, along with other European leaders, in Brussels later this week for a two-day EU Summit due to start on Thursday. Ahead of the meeting, on Wednesday, Merkel is due to meet France’s recently elected Socialist President Francois Hollande.

However, whatever progress they have made may now be overshadowed by news that another European country, Cyprus, needs its banks bailed-out. On Monday, the government in Nicosia announced that it would seek recapitalization funds from Europe. That may be in addition to possible bilateral loans it was trying to obtain from Moscow (which in the past offered discounted below-market rates) and China (which is looking to get a foot in the door in Cyprus thanks to recent natural gas discoveries). Cyprus’ Minister for Commerce, Economy and Tourism is currently in Beijing, presumably seeking such funding.

Indeed, Cyprus is but a rounding error in the Eurozone economy. It pales in comparison to France, Spain and Italy, three of the largest economies that have Euro-skeptics convinced its all headed for disaster. But the timing of Cyprus’ request – just days before it is to assume the head of the European Union presidency – is unfortunate to say the least. Cyprus has until June 30 to raise about ten percent of its GDP to recapitalize its second biggest bank, which is heavily in debt thanks to loans it issued to Greek banks, institutions and even the government in Athens.

Ironically, Cyprus, under President Demetris Christofias, has the only Communist head of state in Europe. And he’s now asking Merkel and others for help.

email
Before you go…
A lot of work goes into creating articles like the one you just read. +972 Magazine is nonprofit journalism, owned by many of our writers, editors, and journalists. In order to safeguard that independent voice, we are proud to count you, our readers, as our most important supporters. With your support, we can keep +972 Magazine a strong, independent, and sustainable force helping push the global discourse on Israel/Palestine.
DONATE
More About European Union 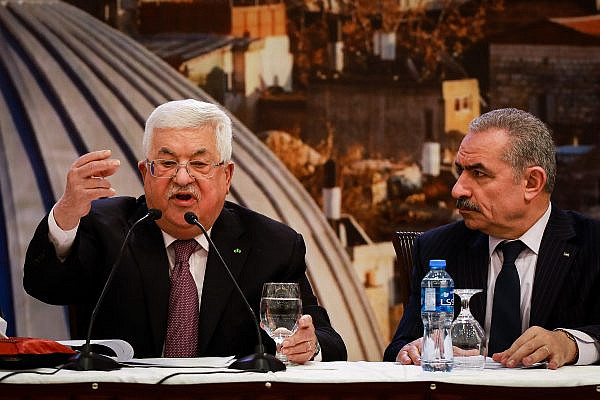 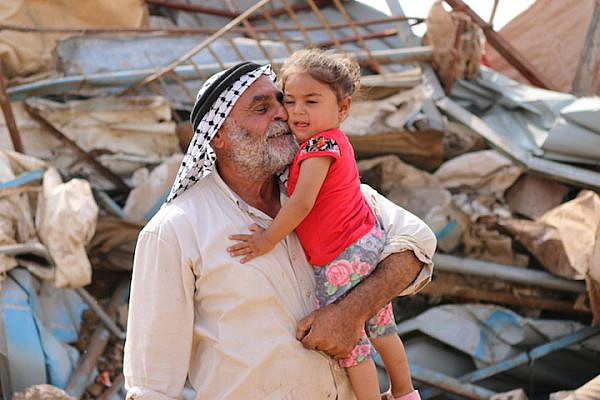