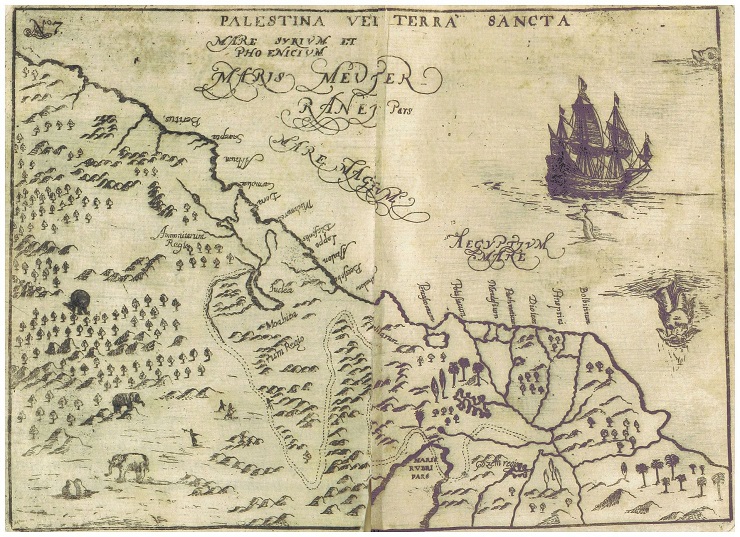 The afternoon dragged on and the fog persisted. I passed the time playing catch with the friendly poodle with chewed up piece of rope, tossing it into the patch of snow outside the hut’s door. Beyond that patch of snow, I knew, were the cliffs. The hut occupied close to a half the rock’s crest, the snow covered the rest. Any false step, and that dog would plunge an entire kilometer, yet he galloped with utter confidence, knowing perfectly well the bounds of his tiny universe.

I thought of Anat and her flat, not 40 square meters in size. She was one year into her two year house arrest when I first walked through that door. I than walked out, leaving her at the threshold in her kibbutz-made plaid slippers.

She was accused of espionage, but was in fact a whistle-blower who exposed war crimes by passing incriminating military documents to the media. She was 23 when her apartment closed in on her, and 24 on December 31, 2010, when a friend suggested we welcome the new year in her flat.

We bought a bottle of fizzy wine and headed for Rabin Square. Walking past the courtyard, we shuddered. We knew we were welcome. Anat herself invited us, but the rest was unknown: Were we being watched? Was the flat tapped?

“There’s no tap,” she assured.

“I said things I shouldn’t have, and nothing happened.”

I expected crashing a party, but the only other person in the flat was her aunt, a silent, unseen presence in the other room. Anat’s house arrest conditions required that she never be left alone. Mother and aunt took turns watching over her, a burden that nearly tore the family to shreds.

That moment, with the slippers at the door, will stay with me for years to come. We headed into the night, she returned in for another year indoors, which would be followed by two and a half years at a women’s prison. We walked straight to the sea front, drawn there by reflex, and stared at the blackness that stretched all the way to Gibraltar, all the way across the Earth. 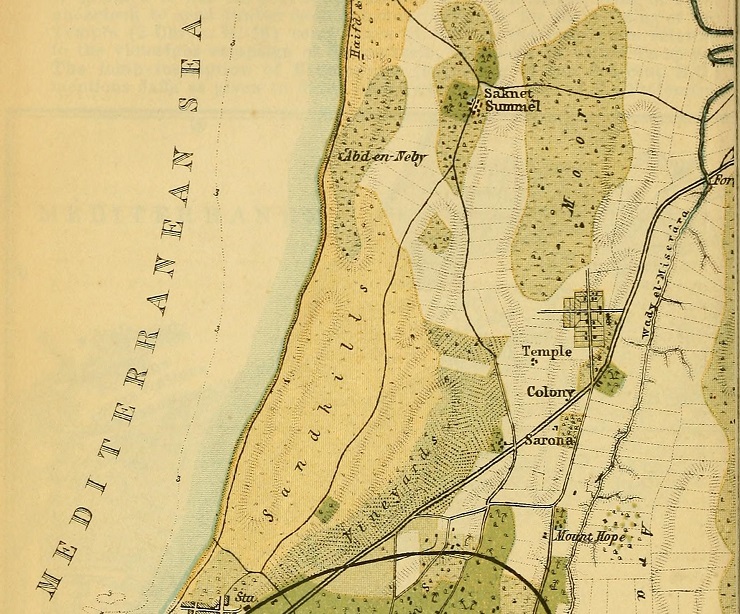 Palestine and Syria: handbook for travelers (1906)

Anat’s cage was temporary, and there were other, shorter term ones. Some lasted for only a few minutes. Such as the Jerusalem hallway into which I escaped when a siren was heard during this or that Gaza onslaught. No one forced me in there, and the danger was virtually nonexistent, as no rockets hit Jerusalem at all, but the instruction was clear: when the siren sounds, run for the nearest hallway. Everywhere else is Lebanon.

Our horizon keeps moving nearer and further. For Palestinians, the universe condenses and expands daily, sometimes hourly. A “flying checkpoint” pops up on the way out of town, for an evening-long siege, a shower of stun grenades and gas canisters turns a home or a shop into a safe haven. I left the dog to chew at his rope and returned to the stone railing, when will the world reappear?

A dark speck was advancing up the rocks. Then there was a ponytail, waving about as its owner braved the final stretch. Soon she appeared before me, young, sporty and panting.

“How was the climb?”

She went in for tea. I remained, and so did the fog. Was there really a world out there?

Of course there was. Barriers always proved imagined or contrived. I knew this, because my favorite sport was challenging them. They always gave. I went to “Area A” hundreds of times, and also to places less forbidden but no less foreign: the southern town struck with unemployment, the unrecognized Bedouin community, the evangelical church, to speak with people who were unlike me but truly so like me.

I would dress up in drag and go out, answering an inner need which was also the need to traverse the ultimate boundary: the gender divide. I was sexually harassed on one hand, and on the other — had the most spectacular conversations with women, ones I never would have had en-homme. They knew me to be a man, but accepted me differently. A woman I will never be, but the doorway to the feminine experience, as well the queer one, proved to be unlocked. Even these barriers were phony.

I belong at the top of my land’s pyramid of privileges. For an Ashkenazi Jewish male, its boundaries are rather fluid. I could say “things I shouldn’t” and come out clean, I even made it to Ghajar and walked into Lebanon unrestricted. A Palestinian would be stopped at the gates, a Mizrahi woman — at the glass ceiling. This does not render the dreamed-up barriers any less real nor any less dumb. Rather, it highlights how dreamed up, how arbitrary, how tragic they are. 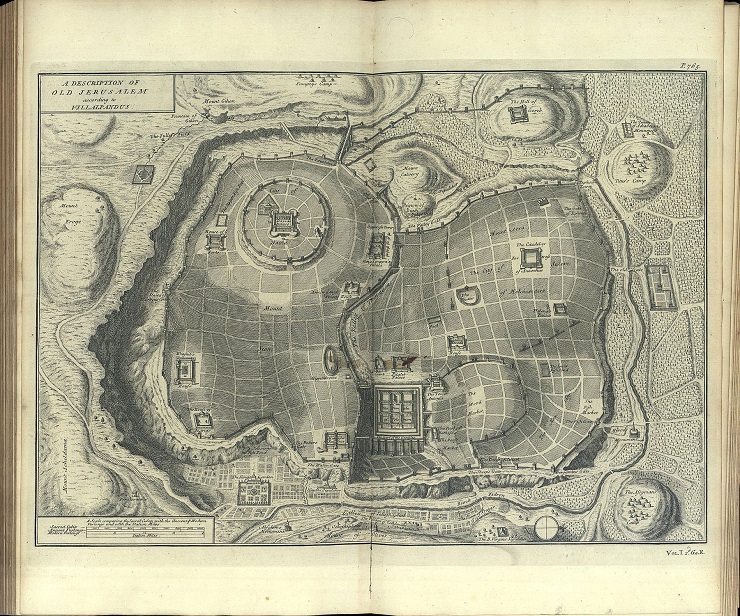 An imaginary plan of ancient Jerusalem from Calmet’s Biblical dictionary, 1732.

So many barriers, and all of them fake. How did that line go, from Jacques Prevert’s poem about the hungry man who gazes through the window of a deli?

Yes, there was a golden cuff-link under the wrist of every hand that ever drew a line on the map. Politics played out as borders: borders that were the physical manifestation of interest, of capital. There was money in the rat maze. The separation barrier that ran through my land created millionaires, the occasionally erupting standoff with Lebanon — billionaires. Whenever inter-group violence surged, the fancy new guns, vehicles, uniforms became visible on the street, and whenever it died down, the expos would take place: look at the smart bomb we shot at Gaza’s sitting ducks. Look at what it did. Buy it today.

In a few years, Netanyahu is to move into a spectacular new residence. The Knesset already approved the spending and threw in a private jet. All he needs to do is stay in power, and to do so he must keep our minds confined. We must go on accepting Israel as a Jewish bunker, and read every fence, every abuse, as a justified security measure. We are born free, physically and intellectually, but our freedom is a resource. Deprived of it, we produce political power, which can in turn be harnessed to fuel Aston Martins.

My thoughts came to a halt. There was a hole in the fog.

Never before had a landscape revealed itself to me from below. I was gazing down at the world, at vast forests and green valleys, at the ragged slopes that extended from them, at fields large as fingernails and microscopic farmhouses. There was the hotel at Rosenlaui. So minute! O God!

Nearer than the hotel, directly below me, was a glacier. vast as an empire, strange as the jaw of a slain dragon. It oozed waterfalls into the dark desert below it. There was the one next to which I had climbed. I have passed the city-sized marvel of the glacier without seeing it. O God! The fog was closing in again!

It sealed. Everything was white once more, and the hut’s spike of rock which revealed itself to be so narrow, grew potentially boundless again. The poodle nudged me with the rope, begging for a game.

The spectacle lasted all of three minutes, but will last as a memory for years. Nothing beats setting foot through the breach, even if there is not choice but to quickly draw it back.

More climbers appeared out of the depths before dinner. They were the early weekend crowd. I preferred to eat alone and contemplate the glitch in the matrix I had witnessed. Cyrille respected my newfound misanthropy and let me stay on my own at a tiny cabin that perched across the patch of snow. I wrote a song for my project “Songs in hotel Rooms” and filmed myself singing it, failed once more to read a page of Wildman’s book, and crashed before nine like a grandpa.

The chill of dawn woke me. The sky out the window was cobalt blue. Clear!

The broken hiking stick and my shoes awaited outside the main hut, the valleys awaited below. Cyrille was awake and cooking inside inside. I took a slice of cake and some coffee, paid for another bottle of water, thanked her and left.