Since 2001 over 850 complaints of torture have been submitted by Palestinians. Not a single criminal investigation has been opened.

Whenever Israel signs a treaty, international standards require it to come up with creative bypasses and convoluted legal answers for its actions. At the same, the Israeli government finds it difficult to implement the commitments it has taken upon itself in our name. This is because both the General Security Service (GSS) and the broader Israeli security establishment are interested in violating the human rights of those they interrogate, rather than observe international standards and rules.

On Monday, Israeli representatives presented the state’s position before the UN Human Rights Committee in Geneva regarding country’s commitment to the International Convention on Civil and Political Rights, which Israel signed in 1966 and ratified in 1991. 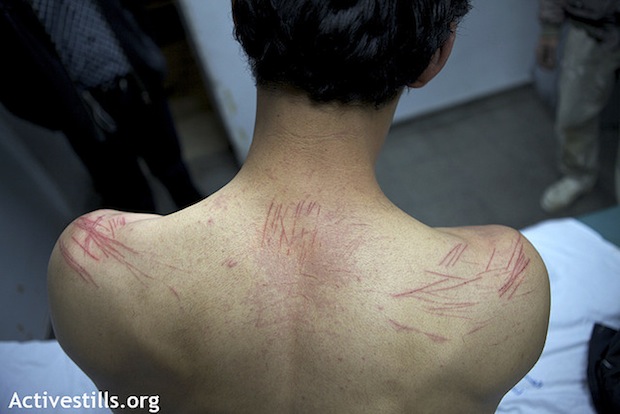 A Palestinian organizer who was tortured in an Israeli jail (Activestills.org)

Representatives from the Public Committee Against Torture in Israel (PCATI) were also present at the meeting. They argued that Israel has failed to meet its commitments, and that no significant change has been seen since the time Israeli representatives stood before the committee, four years ago. Members of PCATI further explained that the Israeli government has not yet enacted a law against torture, despite its stated commitments per the convention, as well that of the Convention Against Torture, to do so. Both the Human Rights Committee and the Committee Against Torture (CAT) have repeatedly recommended that Israel enact such a law, which is required by any country that signs the aforementioned conventions. The Israeli government and the Knesset have refrained from doing so.

Legal experts have authored long and creative replies explaining that although there is no law against torture, it is strictly prohibited by sundry sections of Israeli law. Thus, they argue, there is no need for legislation. They have also refrained from implementing the Turkel Commission’s recommendations to enact any such law.

PCATI members also argued that the refusal of the government and the Knesset to introduce protective mechanisms against torture are completely contrary to Israel’s actions in the treaties it has signed and ratified. These include audiovisual documentation of interrogations of security suspects or mechanisms for unannounced visits to interrogation facilities by independent bodies. Audiovisual documentation is also part of the Turkel Commission’s core recommendations. However, respect for the now-disbanded commission is lower than that of the attorney general and GSS legal advisors, both of which who have no interest in documenting interrogators who commit torture, not to mention exposing them to criminal investigation.

Furthermore, members of PCATI drew the committee’s attention to the discriminatory methods used for the examination of complaints. These include an inspector responsible for examining complaints, who can merely recommend the opening or closing of a criminal investigation (a minor change introduced last year makes the inspector, who as noted can only make a recommendation, an employee of the Ministry of Justice rather than of the GSS); a supervisor of the inspector who is authorized only to close complaints and is not empowered to order the opening of a criminal investigation against GSS interrogators; and the attorney general, or a person empowered thereby, who has the sole authority to order the investigation of a GSS interrogator.

PCATI also drew the committee’s attention to an appalling statistic: Since 2001 over 850 complaints of torture have been submitted by Palestinians, yet not a single criminal investigation has been opened. The three attorney generals who have served over this period have “successfully” and consistently prevented the investigation of complaints of torture, thereby damaging the rule of law. As opposed to ordinary citizens, it seems that attorney generals are allowed to ignore the rule of law whenever it applies to figures in the security establishment.

As noted, the Israeli government has signed onto numerous international treaties on our behalf, yet it has no interest in observing them. It has declared that we are a country committed to protecting human rights. But the occupation requires the use of prohibited means, and torture “for occupation – each occupation – has its own principles,” as the Israeli writer S. Yizhar noted as early as 1967, “but there are no and have never been lovable occupiers.” It is not possible to be a democracy today without a staunch commitment to human rights. The government’s convoluted replies are given in order to hide its use of torture, and attempt to prevent any meaningful change in Israel’s attitude toward Palestinian human rights.

BECOME A MEMBER
More About public committee against torture in israel 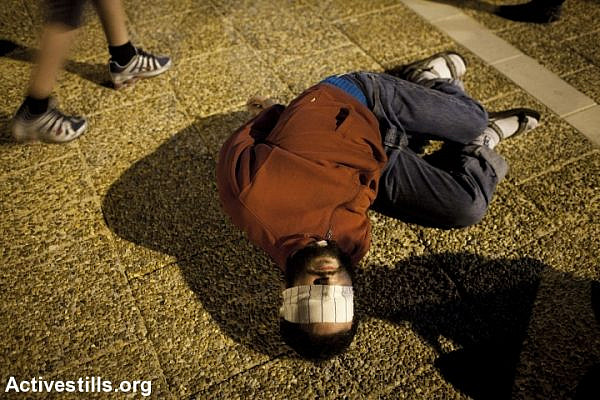 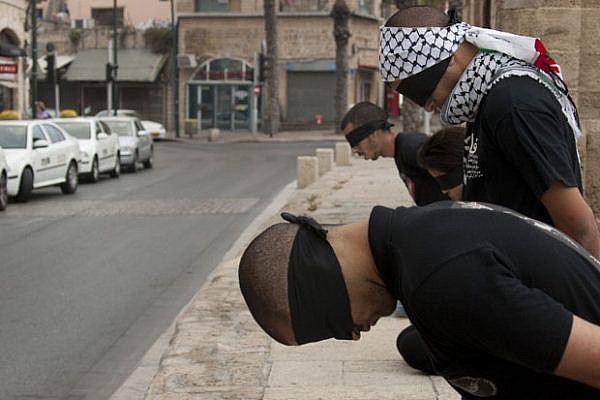 A law criminalizing torture: The first step on a long path
Unless a law to criminalize torture is passed, we cannot begin combatting the view that a human being’s body and soul can be abused for punishment or to extract information. By Rachel Stroumsa Representatives of the Israeli Justice Ministry announced last week in Geneva that the ministry is working on a law criminalizing torture in Israel. A…
By +972 Magazine May 11, 2016