The man who has become the symbol of ultra-nationalist trends and anti-democratic legislation is cleared of corruption charges, allowing his return to helm of the Foreign Ministry, which Netanyahu has been holding for him. 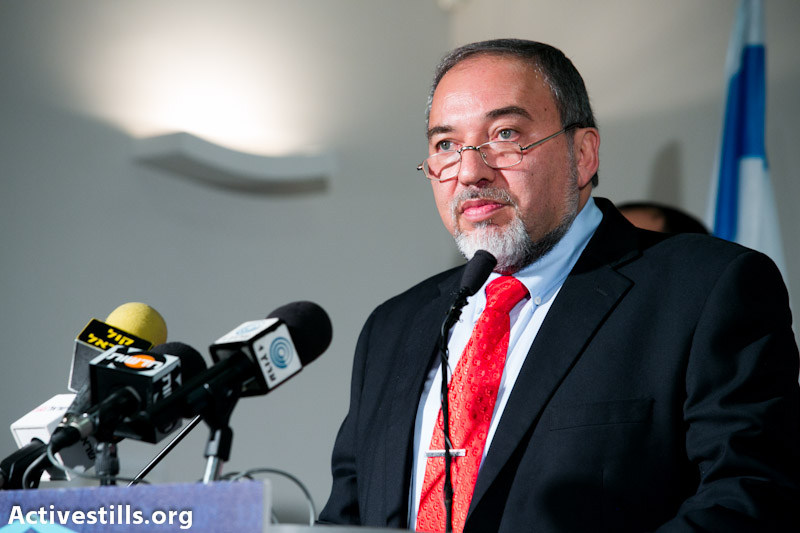 Former – and most likely soon-to-be-reinstated – foreign minister Avigdor Liberman was acquitted of all charges stemming from a years-long corruption investigation on Wednesday. The move paves the way for his return to the helm of the Foreign Ministry, from which he resigned when he was indicted last December.

Less than an hour after the acquittal, Prime Minister Benjamin Netanyahu, who merged political party lists with Liberman ahead of this year’s elections, congratulated him on his legal victory and implied a quick return to the Foreign Ministry, writing, “I’m happy about your return to the Israeli government.”

Liberman was on trial for a relatively minor charge stemming from a much larger corruption investigation that included suspicions of money laundering, connections to underworld figures and Russian oligarchs, shell companies, bribery and more. He was acquitted unanimously by a panel of judges in the Jerusalem Magistrates Court.

The Israeli Left often paints Liberman as the boogieman haunting liberalism and democratic values. He was the main proponent behind a proposed loyalty oath targeting Palestinian citizens of Israel, advocated population transfer in the framework of a two-state solution and ushered into the Knesset with him a slew of ultra-nationalist, politicians who put forth an entire Knesset term’s worth of anti-democratic legislative proposals ranging from the Nakba Law to a bill that would limit funding to human rights NGOs.

The former foreign minister also provided his critics with plenty of laughs, giving radio interviews from the toilet and performing one of the most comically unappealing renditions of Israel’s national anthem in recent years.

Liberman resigned from the government and as foreign minister when he was indicted last year but remained chairman of his party, Yisrael Beitenu, which joined lists with Netanyahu’s Likud in this January’s elections. Netanyahu held open the foreign minister position for Liberman when forming the current government, and in the meantime appointed him chairman of the highly influential Knesset Foreign Affairs and Defense Committee.

There was no clear timetable for Liberman’s return to the Foreign Ministry at the time of this report.