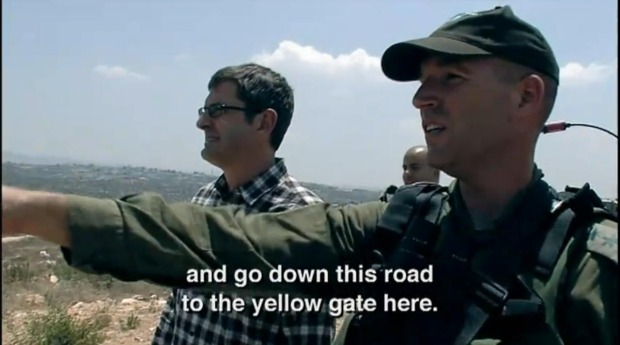 Louis Theroux gets an explanation of the weekly Bil'in riots from an IDF officer
I like Louis Theroux. Really, I do.

I love his father, too, the author Paul Theroux. Apparently, brains run in the family (although I kind of lost my respect for the famed travel writer after his book “Sir Vidia’s Shadow” washed some dirty laundry in public – but I digress).

With Louis, I know what I’m going to get. Something along the lines of entertainment journalism. He’s not there to get down to the bottom of things. He doesn’t necessarily want the answers to everything. He just wants to understand a bit better what makes certain people tick. He does that well in most of his shows, particularly the “Louis Theroux Wierd Weekend” series – and he’s done a good job with his latest show for the BBC, “The Ultra Zionists”:

[youtube]http://www.youtube.com/watch?v=sTszskhUrd0[/youtube]
In this one, Louis manages to get friendly with some crazy settlers in the West Bank. For Israelis who watch this show, there’s nothing they haven’t seen already. We all know the types. We’ve seen these nutters all over, too many times.

But for viewers outside, Theroux has managed to give a small glimpse of how Jewish fanatics think, something that could be somewhat of a surprise to people who don’t have a full grasp of the conflict. At the end of the day, it’s all about how you package it. And Theroux does it with style.

Sure, it’s one sided. Despite some hate from a young Palestinian in Nebi Saleh, Palestinians don’t get much show time, and when they do they’re portrayed in good light. There’s no sign of the Palestinian equivalent to the Jewish nutters. But that’s how Louis works, he takes on one group at a time. Who knows, maybe his next trip will be to Gaza.

Bottom line – it’s a great watch, maybe even important. Particularly for viewers abroad. Because these nutters, who are a handful of extremists, are calling the shots in the West Bank today. And they can do whatever they want because government after government in Israel allows them to. And guess who allows those Israeli governments to do that? American president after American president.

This whole thing is worth watching, if only to get to the last minute of it. It’s when Louis interviews for the final time Daniel Luria, of the right wing movement Ateret Cohanim, which settles Jews in East Jerusalem. “There’s Jewish life in united Jerusalem”, he says to Louis as he looks him in the eye, “and there’s nothing – nothing – that you or the world can do about it. Nothing”.

That’s it in a nutshell. But if I may slightly correct Luria’s observation: the world has never tried to do anything about it to begin with. They’re enablers.

Hopefully, some viewers abroad will finally take responsibility and try to change that. 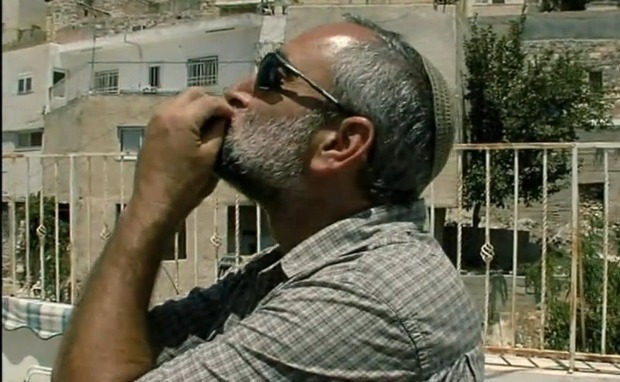