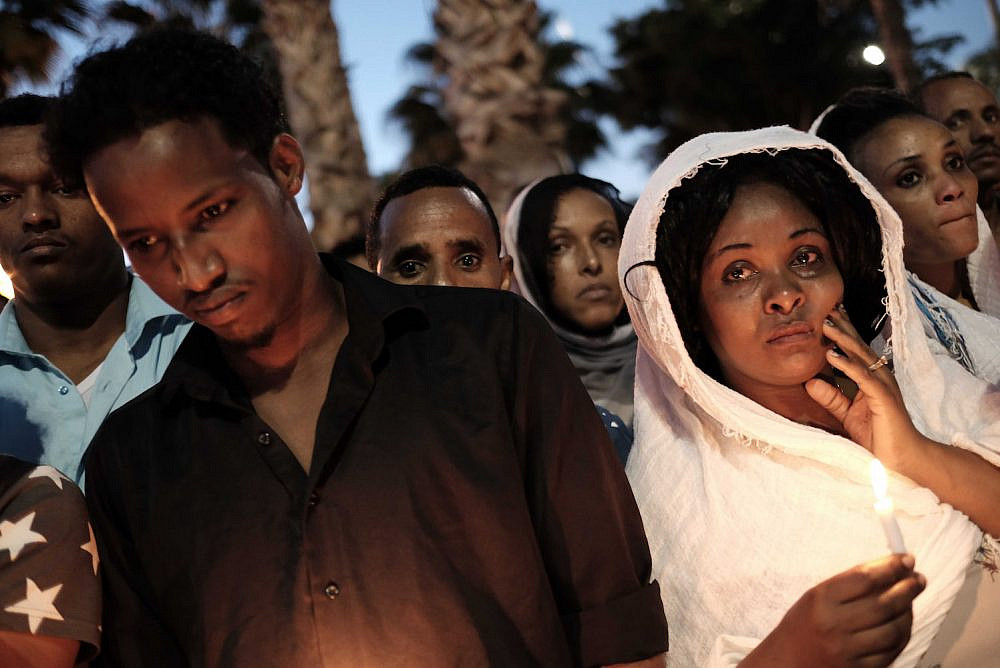 “For reasons that remain unclear, there were those who suspected the deceased was the terrorist, and due to this suspicion, he was shot by the Central Bus Station’s security officer.”

These were the words written by Judge Aharon Mishnayot of the Be’er Sheva District Court on Monday in the acquittal of two of the four Israelis indicted in the lynching of Habtom Zarhum, an Eritrean asylum seeker, in October 2015. Zarhum happened to be in the Be’er Sheva Central Bus Station when Muhannad al-Okabi, from the Bedouin township of Hura, opened fire and killed an Israeli soldier. Believing he was the attacker, a security guard shot Zarhum, after which a group of Israeli men began beating him as he lay bleeding on the ground.

There are many things to be said about the vile ruling handed down by Mishnayot, who previously served as the head of the military courts in the occupied West Bank. Let’s begin with the feigned innocence of “for reasons that remain unclear.” The reasons for the killing are, in fact, very clear to all: Habtom Zarhum was suspected of committing an attack because he was a Black man in a Jewish, white supremacist state.

Video documentation of the event showed Zarhum running for his life alongside everyone else in the station. There was no reason to suspect that he of all people was the shooter. Were he a white man, the chance that he would have been deemed a suspect and shot by the security guard would have been zero. 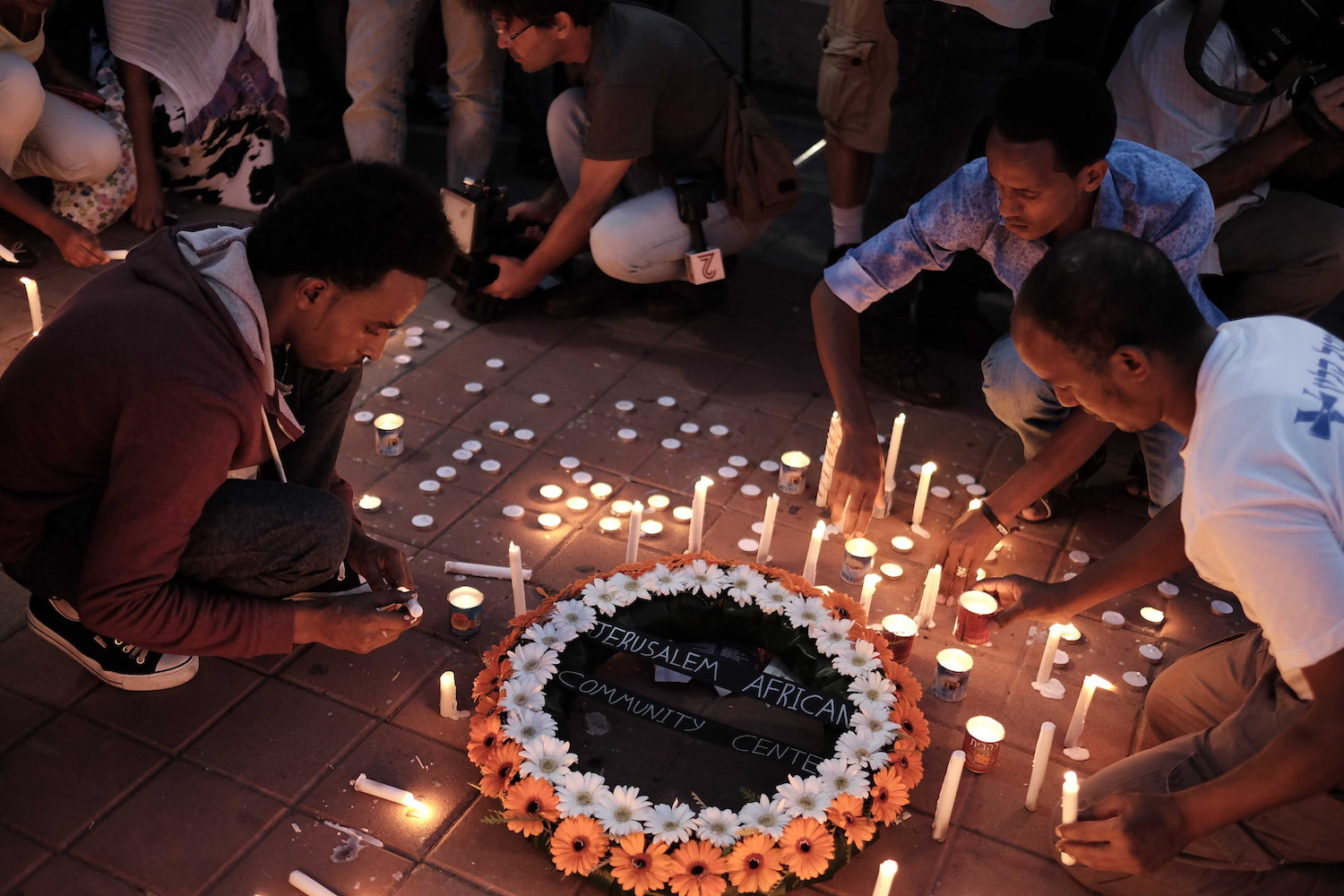 The acquittal of the Israelis who participated in a lynch came just a day after Finance Minister Yisrael Katz announced he had held up an aid package to nonprofit groups so that government money would not go to organizations that support African asylum seekers. The proximity between Katz’s announcement and Mishnayot’s ruling may be coincidental, but both of them are part of the same ideological dehumanization of asylum seekers.

When the government does all it can to broadcast the message that asylum seekers in Israel are not considered human beings — that their lives are dispensable and thus can be subjected to every ­kind of injustice — there is no reason to assume that a judge who sharpened his professional skills in the occupied territories will be the one to imbue a lynched man’s life and death with any meaning.

Four men were put on trial for the lynch: two civilians and two in uniform. Both the civilians were convicted as part of a plea bargain. One was sentenced to 100 days in prison, which ended with community service and a payment of NIS 2,000 to the family of the victims. The other was imprisoned for four months and made to pay similar compensation. On Monday, Mishnayot acquitted IDF soldier Yaakov Shamba and prison warden Ronen Cohen. This, too, is far from coincidental. Both refused to sign a plea deal, claiming they preferred to go to trial, and in fact had a very good reason to do so: they know that in Israel, the authorities not only legitimize, but actually encourage the killer instinct among those in uniform.

The statistics behind this claim are disturbingly unequivocal. Four years ago, Israel human rights organization B’Tselem announced it had ceased cooperating with the IDF, including its military investigative system, after it came to the conclusion that doing so is no more than a fig leaf for crimes committed by soldiers. Between 2000 and until that decision was made, B’Tselem filed 739 requests to open investigations into cases in which Palestinians were killed, maimed, or assaulted by soldiers. Only 25 of those cases ended in indictments.

This is true not only for the army but for the police as well: over the last six years, police officers killed 16 Israeli citizens. Not a single cop was convicted. These statistics undoubtedly played a role in Shamba and Cohen’s decision to go to trial: there is virtually no one in the Israeli establishment who wants soldiers or officers to think twice before pulling their weapon and opening fire. On brown-skinned people, of course. 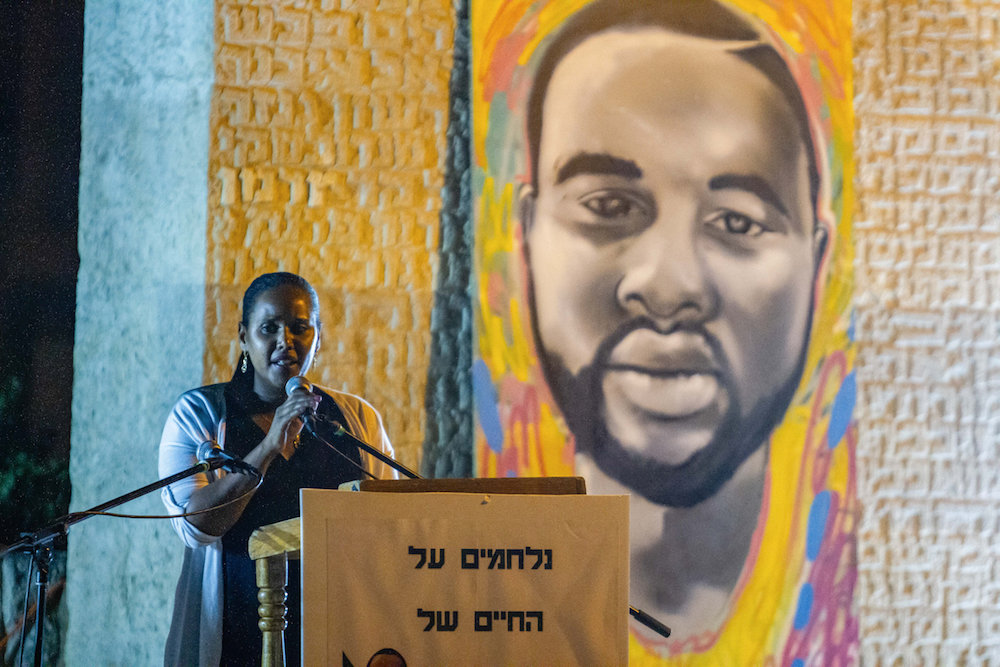 Family members and supporters attend a ceremony for Solomon Tekah, who was shot and killed in Kiryat Haim by an off-duty police officer on June 30, 2019, in Kiryat Haim, July 10, 2019. (Flash90)

Five years ago, during a spate of knife and vehicle ramming attacks by Palestinians, Shlomo Haim Pinto stabbed Uri Razkan in the city of Kiryat Ata in northern Israel. Pinto suspected that Razkan, a dark-skinned Mizrahi Jew, was a Palestinian — and he set out to murder (Pinto would later tell the court he had a “spiritual calling” to stab an Arab). Pinto was sentenced to 11 years for attempted murder. Had he been in uniform, perhaps the judge would have acquitted him based on “reasonable doubt.”

Now think about Yehuda Biadga, Solomon Tekah, Shirel Habura, Yacoub Abu al-Qi’an, Kheir Hamdan, Sami Al-Ja’ar, and so many other Israeli citizens who were gunned down by police, and you’ll see exactly how the pyramid of race functions in Israel. If you are a brown-skinned man, you are already in a high-risk group. Jews who are killed by men in uniform might receive more media attention, but that does not mean they will receive justice. Non-Jews killed by men in uniform should be grateful not to be declared “terrorists” after their death. Jewish-Israeli civilians who kill Jewish-Israeli civilians may pay a price for their crime. And non-Jewish civilians who are killed by Jewish-Israeli civilians? Their families will receive 2,000 shekels after they have buried their loved ones in the ground.