Abbas’ decision to dissolve the parliament and hold elections within half a year is an attempt to present a friendlier, more democratic face to Palestinians in the West Bank, many of whom lost faith in their leader long ago. 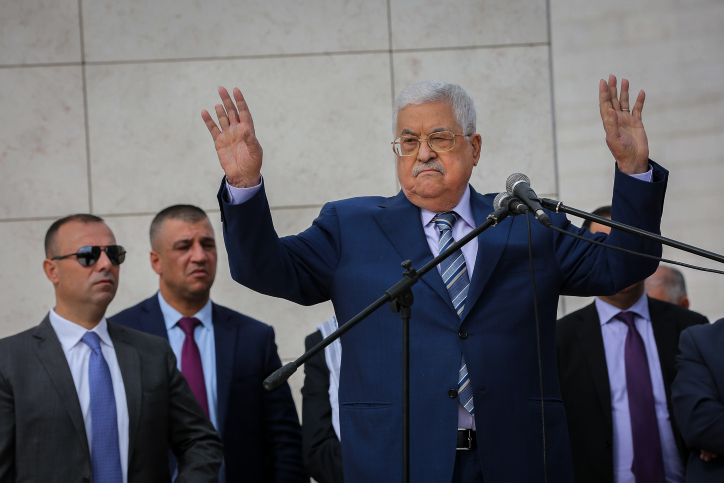 Palestinian President Mahmud Abbas delivers a speech after visiting the grave of late Palestinian leader Yasser Arafat, during a ceremony to mark the anniversary of Arafat’s death, November 11, 2018, Ramallah. (Flash90)

The Constitutional Court, which began operating two years ago, does not have the authority to judicially review the president. Abbas appointed and defined the authority of all 18 judges, all of them members or supporters of his Fatah party. In accordance with the president’s request, the court overturned Abbas rival Muhammad Dahlan’s parliamentary immunity and ruled that Legislative Council Speaker and Hamas member Aziz Dweik could not replace the president until his successor is announced. The court is an institution that protects the ruler, rather than the rule of law.

Abbas’ announcement gives the appearance of listening to the Palestinian public while implementing the decisions handed down by various PLO bodies. Those same bodies have in recent years decided to put an end to the Oslo Accords, stop security coordination with Israel, and rescind the PLO’s recognition of Israel until the latter recognizes a Palestinian state.

Of all these options, Abbas asked Israel to renegotiate the Paris Protocol, an annex to the Oslo Accords designed to regulate all economic interaction between Israel and the Palestinian Authority. Like in nearly every aspect of life, the Palestinian Authority is economically dependent on Israel. The Protocol serve Israel’s control of the occupied territories, which is why Jerusalem is unlikely to acquiesce to Abbas’ request.

Both Abbas’ term — as well as that of the Palestinian Legislative Council — ended eight years ago. And yet Abbas is not announcing new presidential elections. Had he done so, he would have had to decide whether to keep his promise not to run for another term. According to the public opinion polls of the last few years, Abbas is expected to lose should he decide to run. That loss would have intensified the struggle over his inheritance, already taking place within and outside the Palestinian Authority and the ruling establishment. Despite his poor health, Abbas has no plan to retire, nor does he believe that any of the candidates deserve his crown.

Abbas’ decision to go to parliamentary elections is Ramallah’s one-sided response to Hamas’ strengthening rule in Gaza, abetted by Israel, Egypt, and Qatar. Qatar’s funding, Israel’s cooperation in transferring funds, Egypt’s backing, and the success of Hamas’ military force in foiling an Israeli intelligence operation last month have provided Hamas a number of recent victories. Israel failed in bringing down the Hamas regime, and is learning to coexist with the mutual deterrence between the two. Israel is afraid to enter the Gaza Strip, but does as it pleases in the West Bank, even going so far as to raid the offices of the official Palestinian news agency in Ramallah earlier this month.

Abbas’ announcement of elections once again interrupts reconciliation talks between the two wings of the Palestinian national movement. For Abbas, Hamas is partnering up with Israel as part of an Israeli-American plot against Palestinian nationalism: Hamas’ half-state in the Gaza Strip alongside the PA’s limited autonomy in the West Bank. Hamas needs to decide whether it will participate in the elections according to the rules laid out by the Palestinian president or challenge his rule from outside — to show that the movement is not giving up on the West Bank, but rather is waiting for the day after Abbas. 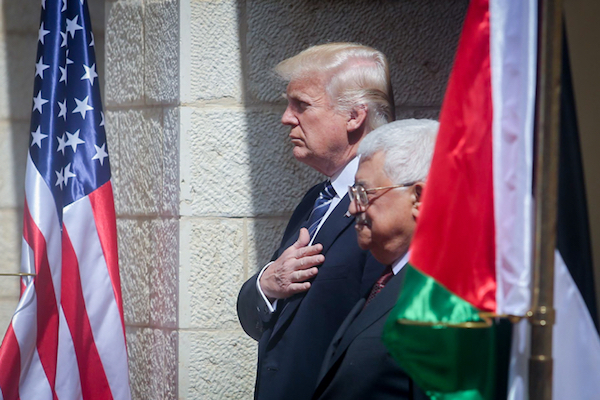 U.S. president Donald Trump with Palestinian President Mahmoud Abbas during a welcoming ceremony in the West Bank city of Bethlehem, May 23, 2017. (Flash90)

Abbas has also won a strategic victory. He has succeeded in freezing President Trump’s “Deal of the Century.” His shunning of the United States has not improved the Palestinians’ political odds, but he has certainly prevented the situation from deteriorating. The attacks by Trump envoy to the Middle East Jason Greenblatt and Prime Minister Netanyahu on Abbas express the deep frustration on behalf of the governments in Jerusalem and Washington. In their eyes, the servant is cursing and spitting in the master’s face.

Abbas’ achievement enjoys the support of the Palestinians but does little to change public opinion regarding vis-à-vis his political status. The PA is currently undergoing two parallel transitions: between the failure of the Deal of the Century and whatever plan will follow, and between Abbas’ regime and whoever inherits it. The legislative elections will open a new front inside the Palestinian establishment, in which each of Abbas’ potential heirs will try to establish his power. 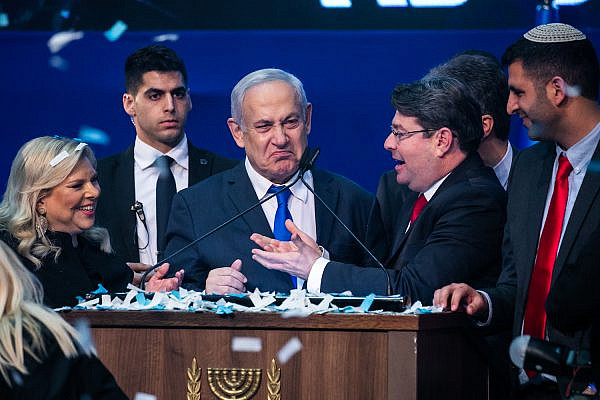 Netanyahu finally gets the annexation government he’s been waiting for
After a year of political deadlock, Netanyahu forms a new governing coalition that prioritizes annexing of the West Bank above all else — including the fight against the coronavirus.
By Meron Rapoport April 21, 2020