This is not a Peace Now report, but an official document of the Jerusalem Municipality: According to a survey conducted at the request of the mayor’s office, 60,718 new housing units are slated for construction in Jerusalem in the next decades. Of those, 52,363 of them will be built east of the Green Line, in the territory annexed to Israel after the Six-Day War.

The document, revealed today by the daily paper Maariv, states that 23,628 of the planned units were already approved by relevant zoning committees – 20,263 of those for the “eastern” part of the city (see 2009 map of settlements in East Jerusalem below). In the area of Silwan, the biggest Palestinian neighborhood in Jerusalem, nearly 5,000 housing unites are planned. Silwan has seen many demonstrations in recent years against the attempt to settle it with Jews, and tension is likely to grow in light of the new plans.

Jerusalem employs a system of separation between the Palestinians living in the city, who only hold the status of “residents” and the Jews, who enjoy citizen rights. Under those conditions, Arabs in Jerusalem don’t have the right to vote in national elections, their ability to purchase houses are limited, and if they leave the country for several years, they are likely to lose even their legal residency status. Most Arab neighborhoods in Jerusalem receive limited municipal services. 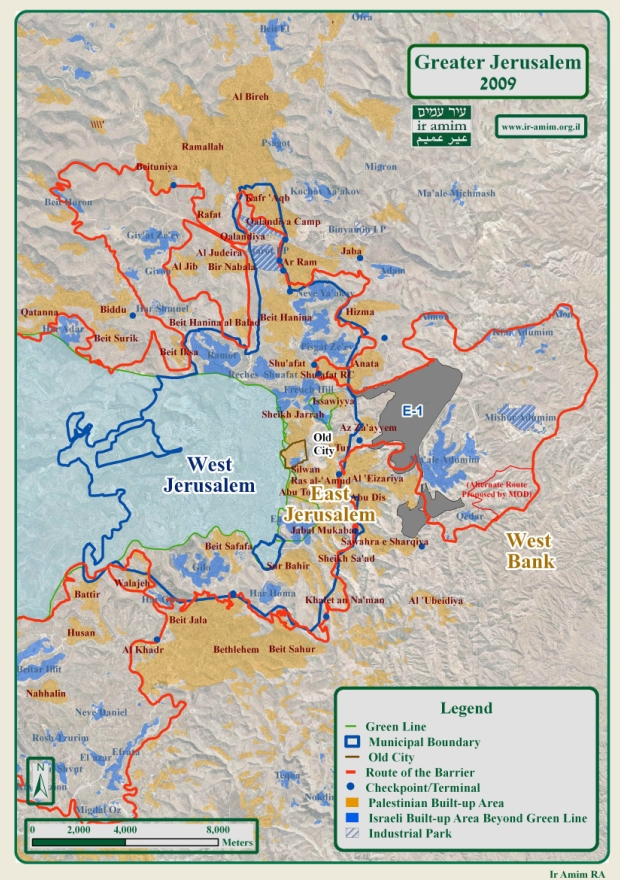