Haaretz reports that a new bill for a Basic Law currently being debated would allow the Knesset to override Supreme Court rulings that a law is unconstitutional, by a 65-member Knesset vote, neatly killing off one of the last traces of checks and balances in Israel. It is particularly disturbing that Reuven Rivlin, Speaker of the Knesset, supports the bill, which as a Basic Law would have constitution-like status. Rivlin up until now has been one of a small group of Likud parliamentarians who could actually be counted on to preserve at least the structures of democracy, and has repeatedly fought tooth and nail against some of the most vicious anti-democratic legislation. Now he is quoted in Haaretz saying:

“The Knesset and the Supreme Court have been on a chronic collision course for 20 years, when the Knesset spilled into the judicial system in response to judicial activism…We must agree today, twenty years too late, on wording that will clearly define the boundaries of each entity. It is a mutual interest,” said Rivlin.

Even if his logic is legitimate, Rivlin’s conclusion is terribly dangerous and reveals that he ultimately views judicial activism as the true culprit. The debate over the bill will also be a test for the new Chief Justice Asher Grunis, who is considered a conservative opposed to judicial activism, but has also voted against some right-wing initiatives.

Merav Michaeli provides an excellent voice of reason (she always does), citing all the right facts to help de-fang the twisted image of a Supreme Court bogeyman that is being constantly cultivated in Israel. I highly recommend reading the entire piece.

An unconstitutional law is a law that violates the constitution. Israel does not yet have an actual constitution. It has Basic Laws – two of which protect the partial civil rights of its citizens – and a Supreme Court that regards the protection of civil rights as important. The court has struck down 10 laws as unconstitutional – not hundreds, as enemies of the court would like us to believe – and nine of them had to do with the basic rights of Israel’s predominantly Jewish citizens. Most of the decisions were made to protect citizens from the tyranny of the government.

That’s democracy – protecting citizens from the government, and protecting the minority from the majority. No majority – even one of 120 MKs – can make a ruling democratic if it is undemocratic. An undemocratic ruling is a ruling that unnecessarily violates human rights, whether of a minority group or of an individual. It is not for naught that Supreme Court President Asher Grunis, despite his reputation as a conservative right-winger, supported the abrogation of five out of the six laws discussed by benches on which he sat.

Whether or not this latest insult to democracy gains traction, it sends a frightening message on various levels, and should scare every single citizen.

emailemail
Before you go…
A lot of work goes into creating articles like the one you just read. +972 Magazine is nonprofit journalism, owned by many of our writers, editors, and journalists. In order to safeguard that independent voice, we are proud to count you, our readers, as our most important supporters. With your support, we can keep +972 Magazine a strong, independent, and sustainable force helping push the global discourse on Israel/Palestine.
DONATE
More About Merav Michaeli 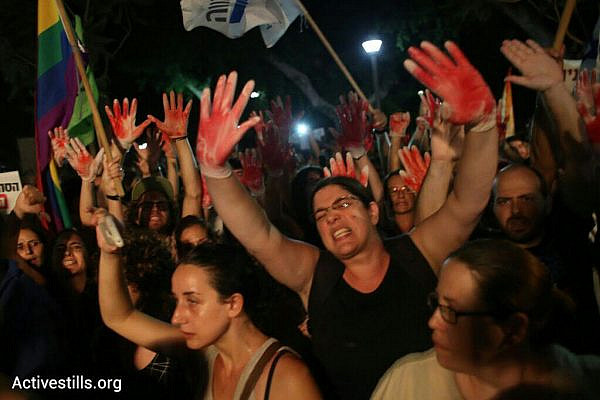 Increasing homophobia mars Knesset LGBT day
As the Knesset marks first ever ‘gay community rights day,’ new reports on homophobia in Israel show 80 percent increase in documented homophobic incidents, alarming statistics about levels of violence faced by the LGBT community.  The state of LGBT rights in Israel can effectively be summed up in a series of events surrounding the Knesset’s first…
By Natasha Roth-Rowland February 26, 2016 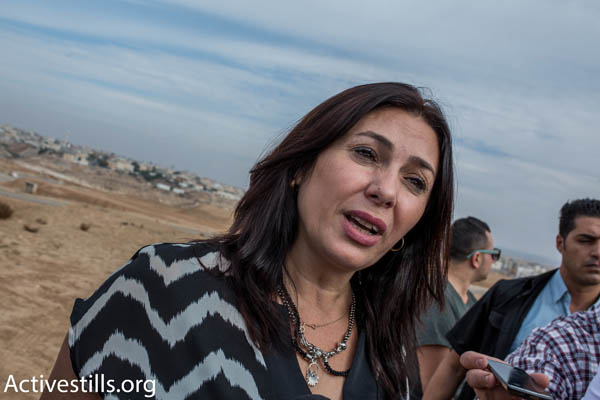 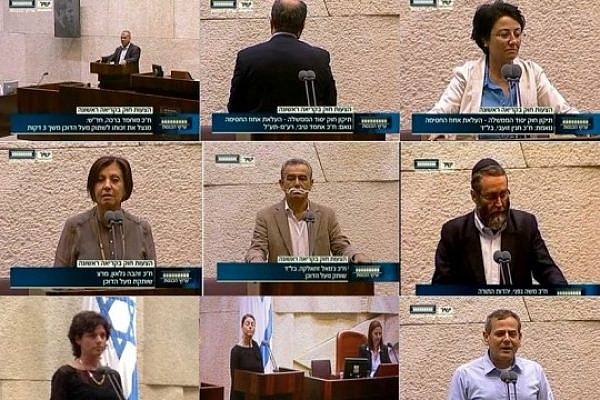 Knesset approves bill that could push Arab parties out
After a stormy night session, the coalition was able to pass the necessary amendments and election laws that would make it more difficult to topple a government and eliminate small factions. Left-wing and Palestinian members of Knesset protested the legislation in ‘silent speeches.’ Ultra-Orthodox MK Eichler spoke to the Arab public in Arabic, saying ‘we…
By Noam Sheizaf August 1, 2013