“Love ye therefore the sojourner; for ye were sojourners in the land of Egypt” Deuteronomy 10:19.

A new bill to be discussed in the Knesset Interior Committee on Monday would severely amend one of Israel’s main immigration laws, called the “Prevention of Infiltration Law.”  The law, aimed at African asylum seekers crossing the Egyptian border, would result in the immediate three-year imprisonment of illegal “infiltrators” who enter Israel, including children, and any Israeli who provides humanitarian aid or assistance to “infiltrators” would risk up to five years’ imprisonment.

In 2008, the Australian government announced it was ending its policy of automatic detention of asylum seekers arriving in the country without visas. Israel is not learning from the mistakes of other Western countries. Although Israel was one of the first countries to sign the 1951 Convention Relating to the Status of Refugees, it has failed to put together fair procedures and regulations to ensure that its officials adhere to the convention’s principals. 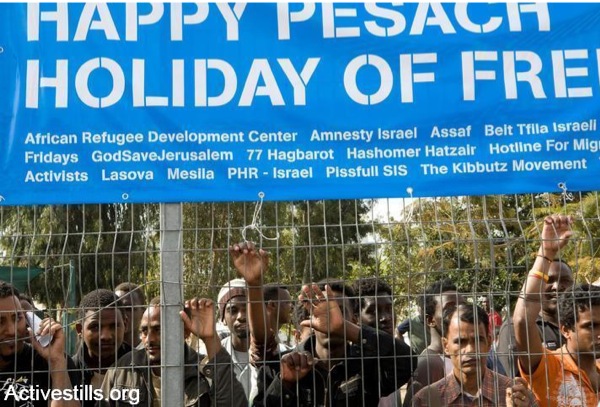 The planned detention facility, according to the legislation, will be filled with 10,000 asylum seekers and their families. If the Jewish state is to stick to its moral and ethical principles, the world’s biggest detention facility will not be built in the Negev desert. Past experiences show the failure of automatic detention policy not only in Australia but also in Japan, Arab countries and many more. Asylum seekers knocking on Israel’s doors are in search of protection, not detention, and the change in the current (problematic) legislation will add another painful chapter to the current shocking reality of beating, starvation, rape and organ theft that refugees face on en route to the Promised Land.

As someone who has been volunteering with Aid Organization for Refugees (ASSAF) for the past two years, I come across refugees on a weekly basis with horrifying stories. Yes, some individuals don’t fall under the classic definition of refugees and may fail to prove their asylum claim. But as long as Israel fails to run a proper fair Refugee Status Determination (RSD) process, we must treat asylum seekers with basic human dignity principles and provide humanitarian assistance as required. Legislation that places limitations on aid organizations and individuals providing living essentials and first-aid assistance to Israel’s weakest population is unjust and unreasonable. 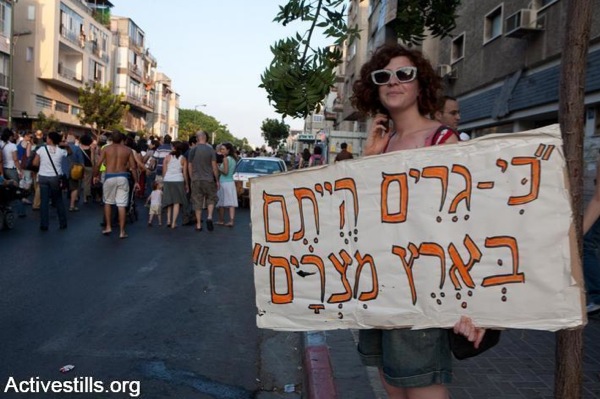 "For you were strangers in the land of Egypt" (photo: ActiveStills)

In light of the recent social justice movement, celebrities have joined in and launched a campaign to engage the public in one of Israel’s biggest migration challenges since its establishment. The government and ministers must not forget the consequences that such a bill may result in, affecting the asylum seekers living amongst us who are suffering from violations of employment laws, discrimination and everyday difficulties.

This is the time for Netanyahu’s government to recognize the humanitarian crisis that African refugees and asylum seekers face, and the significance of Israel in the process of their recovery and rehabilitation towards a slightly better future.

Get Our Weekly Newsletter
Before you go…
A lot of work goes into creating articles like the one you just read. +972 Magazine is nonprofit journalism, owned by many of our writers, editors, and journalists. In order to safeguard that independent voice, we are proud to count you, our readers, as our most important supporters. With your support, we can keep +972 Magazine a strong, independent, and sustainable force helping push the global discourse on Israel/Palestine.
DONATE
More About refugees