Former Israeli ambassador Michael Oren says Jesus would be considered a settler if he lived in Bethlehem today. Such talk obscures the nature of the settlement enterprise and slanders Jesus. 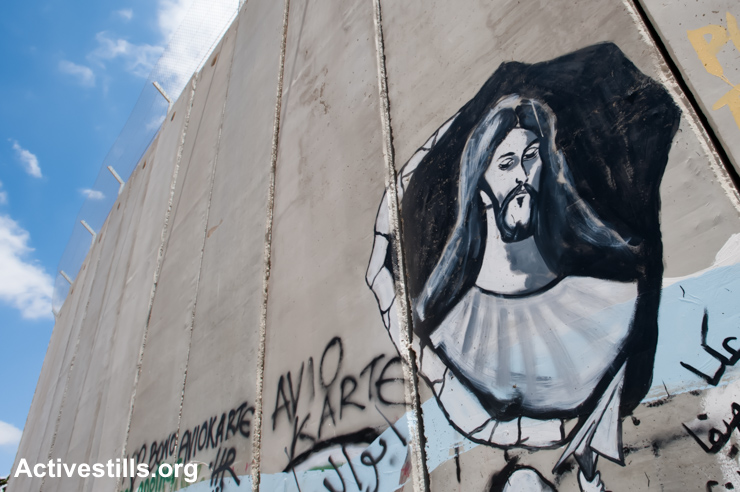 Former Israeli ambassador to the U.S. Michael Oren has been saying a lot of obnoxious things lately. His recent book angered Jewish-American journalists by twisting the truth and burning bridges with the liberal Zionist establishment. And while it’s clear that diplomacy is no longer Oren’s priority, he may have crossed the line from belligerence to blasphemy with his latest remarks.While preaching to the choir of the Knesset’s Christian Allies Caucus, Oren took the name of Jesus in vain, using it to defend the settler enterprise.

“Jesus, Mary, and John the Baptist would today be considered Jewish settlers in Bethlehem,” said Oren, according to The Jerusalem Post.

Mike Huckabee has been saying some stupid stuff too — essentially calling Obama a Nazi — but such dangerous absurdities are nothing new when it comes to his Middle East policy. The last time Huckabee ran for president, he laid a cornerstone in the East Jerusalem settlement of Beit Orot and expressed willful ignorance of geography and international law:

It is inconceivable in many ways that we would have to even argue and debate whether or not Israelis could live in Israel, not just in parts of Israel but anywhere in Israel they wished to live. … I cannot imagine as an American being told that I could not live in certain places in America because I was Christian, or because I was white, or because I spoke English. 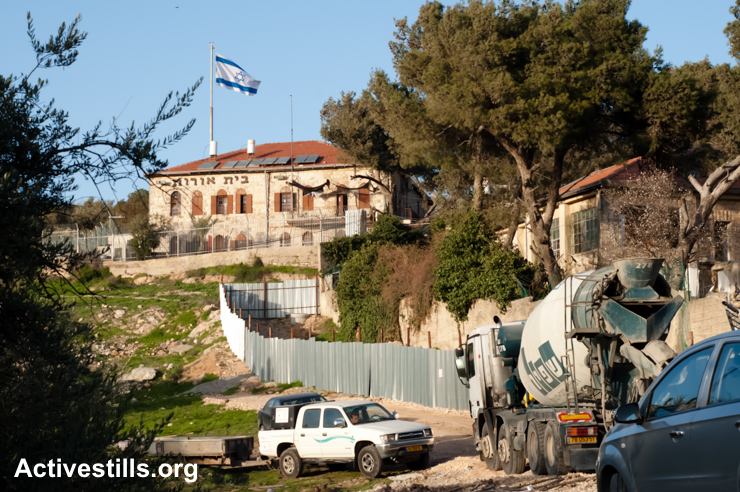 Are Oren and Huckabee really ignorant of what makes a settler a settler? According to international legal consensus, shared by virtually every other nation except Israel, all settlements are illegal. According to the International Committee of the Red Cross (ICRC):

It is unlawful under the Fourth Geneva Convention for an occupying power to transfer parts of its own population into the territory it occupies. This means that international humanitarian law prohibits the establishment of settlements, as these are a form of population transfer into occupied territory. 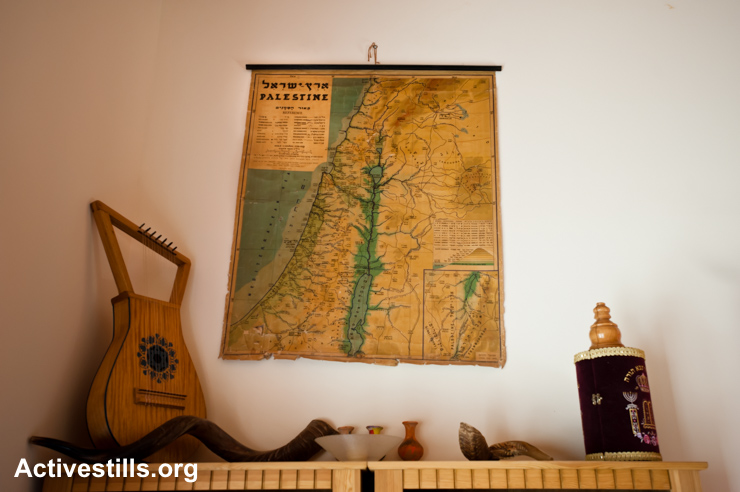 A map of Palestine hangs on the wall in the home of a Dutch-born settler in the Israeli settlement of Susya, West Bank, April 6, 2011 Located next to the Palestinian village of the similar name, like all Israeli settlements it is considered illegal under international law. 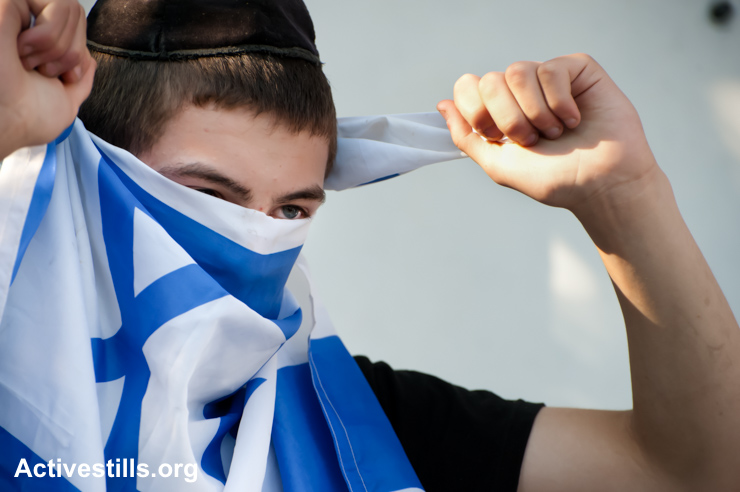 An Israeli settler youth living in a confiscated Palestinian home in the East Jerusalem neighborhood of Sheikh Jarrah covers his face with the Israeli flag, September 2, 2011. (photo: Ryan Rodrick Beiler/Activestills.org)

Oren offers another data point in this regard with the statement that preceded his Jesus remark: “God speaks only one language and it’s the language in which we are yelling at each other in the next hall.”

In other words, Oren believes in a God who only speaks Hebrew.

Jesus, on the other hand, also spoke Aramaic. It was the most common vernacular of his region, spoken by Jews as well as other ethnic and religious groups. Today, if Jesus lived in the region, he would almost certainly speak Arabic.

A road sign for the Israeli settlement of Susya has had the Arabic defaced with spray paint and a pro-settlement bumper sticker, West Bank, April 6, 2011. (photo: Ryan Rodrick Beiler/Activestills.org)

In his life and ministry, Jesus consistently identified with the oppressed and marginalized. He did not exploit his privileges at the expense of others, and he severely criticized those who did.

If he lived in Bethlehem, it would not be there as a settler stealing land, it would be in solidarity, struggling alongside the oppressed. Like many other Israeli Jews in that struggle, he may even get arrested, beaten up, or shot. 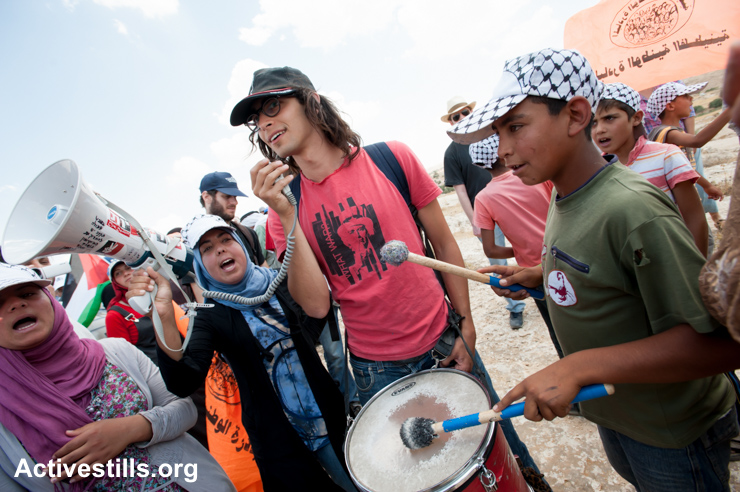 Palestinian and Israeli protesters chant and beat drums during a demonstration against the demolition of the West Bank village of Susiya, June 22, 2012. Israeli authorities have issued demolition orders against the entire village, which is located near an Israeli settlement with a similar name. (photo: Ryan Rodrick Beiler/Activestills.org)

Do not misunderstand me. Solidarity activists should definitely not think of themselves as messianic. Like all people of privilege, myself included, we need to humble ourselves and listen and learn from “the least of these” who are suffering the most. But my Bible tells me that you will know a person’s true character “by their fruits.” Having listened to both firsthand, I find the attitudes and actions of those marching to save Susiya far more Christ-like than the entitled mentality of settlers living on Palestinian land. 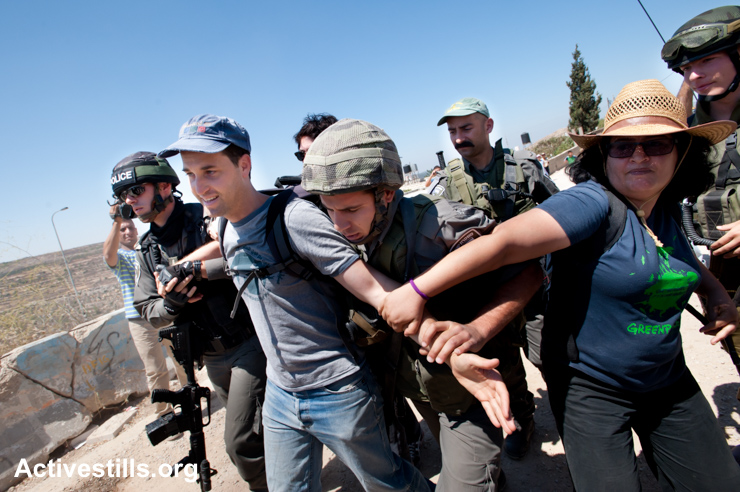 So no Mr. Oren, Jesus would not preach the exclusive demands of the settler enterprise. He would be criticized for welcoming all peoples into the land — including African and Palestinian refugees — those your government considers “infiltrators.”

Jesus would want the best for his own people. He would risk the wrath of right-wing Israelis and hardline anti-normalizers alike.

Jesus would not seek security in walls, soldiers, fences and guns. He would practice nonviolent resistance, and condemn the logic of an eye for an eye—or 2,205 lives for for 71 lives. 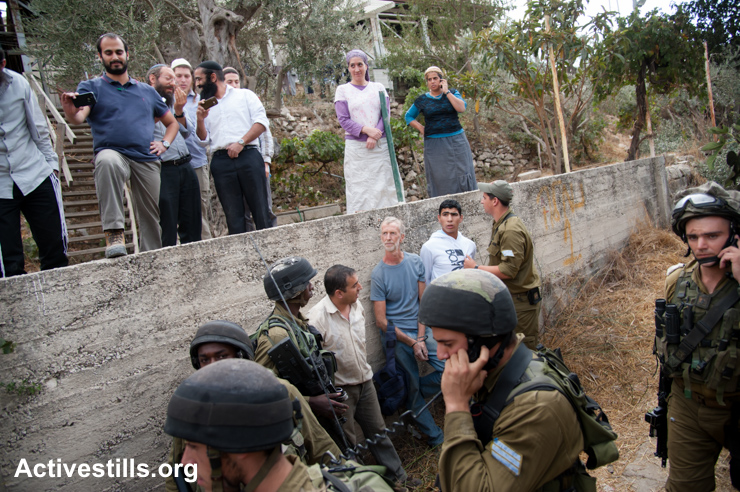 As Israeli settlers look on from above, Israeli soldiers arrest two Palestinians and an international solidarity activist after settlers interfered with a Palestinian family harvesting olives, Hebron, West Bank, October 22, 2012.

He was and would be a Jewish Palestinian, a Palestinian Jew. That’s how the Roman occupiers saw him: A Jewish troublemaker from the province of Palestine.

BECOME A MEMBER
More About jesus 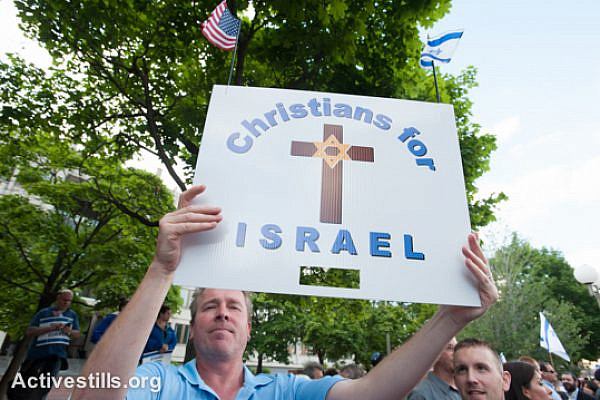 Zionist Christians’ war on the true meaning of Christmas
The rhetoric of Christian Zionists consistently places loyalty to the modern state of Israel above the example and teachings of the Jesus born in Bethlehem whose birth Christmas celebrates. It’s time to stop calling such groups Christian Zionists and instead use the term Zionist Christians, to more accurately reflect their priorities. Photos and text by: Ryan…
By Activestills December 17, 2014 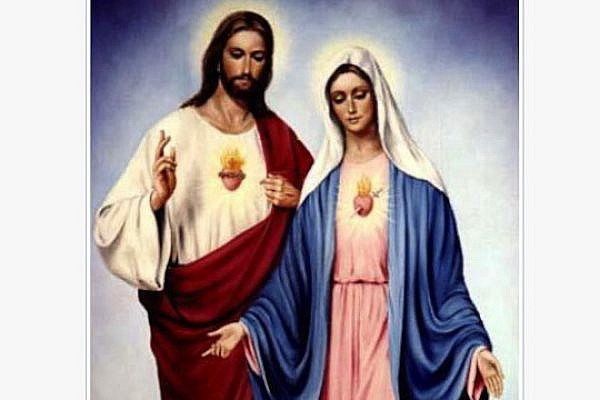 Why I demand the dismissal of Israel’s ambassador to Ireland
It’s one thing to have to deal with the racism and hatred prevalent here in Israel/Palestine. But it’s another when an imbecile I support with my tax money, who claims to represent me, spreads his venom overseas (and not for the first time – the deputy at the embassy said in the past that “Pro-Palestinian activists…
By Ami Kaufman December 17, 2012 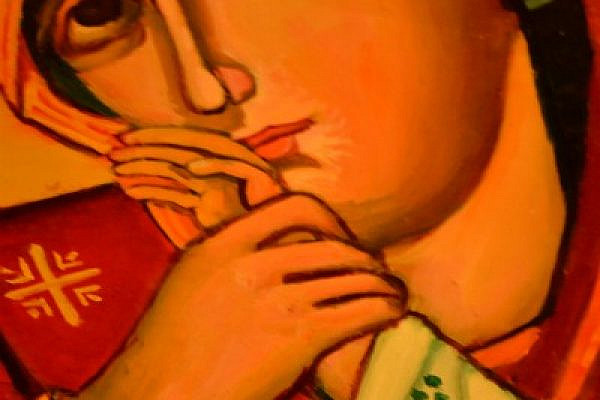 Dear fellow American Christians: Speak up against suffering
By Andrew Miller and James-Michael Smith   Blessed are the peacemakers, for they shall be called sons of God. —Matthew 5:9   We are writing to you, our fellow Christians from the United States, with which the State of Israel has enjoyed a unique relationship since its founding, because we are concerned with the nature…
By +972 Magazine February 28, 2012