Last summer’s tent encampments were dismantled, but the spirit of the protest lives on. Citizens are taking matters into their own hands, promoting public interests through growing numbers of cooperatives.

The summer of 2011 was the summer of social protest in Israel. Tent encampments emerged all over the country and one call was heard from every corner – “the people demand social justice.” But the summer ended, the court enabled the dismantling of the tents and the only government response was in the form of an economic panel that produced a frail report. The protesters needed a concrete alternative – something that they could create on their own. One of the prominent initiatives that began and is flourishing is group organizing and the establishment of cooperative enterprises, thereby creating civic economic power.

The 2011 summer protest made people realize they have only themselves to rely on. In the tent encampments, people used their time to learn – each evening there were lectures and discussions about social justice, economy and democracy. The people were no longer accepting government policies without conscious criticism. No more leaving economic decisions to the economists alone.

As the current Israeli government  promotes a neo-liberal agenda, it was clear there should be no expectation for rescue from that end. The public must find ways to take things into their own hands, to create economic civic power.

As the public looked for economic and social alternatives with dominantly democratic features, it was only natural that cooperatives became widely discussed. The goal of cooperatives, being people-based organizations, is to promote members’ economic, social and cultural interests, serving as an economic power building mechanism while enhancing democratic involvement and civic responsibility.

The discussions led to action. Consumers’ cooperatives, workers’ cooperatives – are emerging all around the country and creating the social and economic change that none of us can afford waiting for from someone else.

This development was a surprising one. It is not the first time the cooperative concept emerged in Israel. Israel was founded on the basis of a cooperative economy and society. In its early days, Israel was a cooperative empire: much of its industry was cooperative, most of its supermarkets and department stores, some of its cultural life – publishing houses and theaters – almost everything was cooperative.

Until the 1970s, Israel’s cooperatives took a major role in its economy. There are arguments over why the cooperative economy diminished, and I would suggest the major reasons were the erosion of cooperative values within the cooperatives, along with dependence on government and established powers, compounded by poor legislation that embodied no values and principles. There are technically still many registered cooperative societies, but they do not represent an actual cooperative alternative, but mostly a registration form and nothing else. For many years, the general atmosphere suggested that cooperatives are a thing of the past, and all people could remember were the over-sized and over-privileged cooperative companies that faded into the capitalist market.

The new generation, the people in the tent encampments, those who started the protest, were freed from old notions. They were again ready to listen and learn and act.

The results can already be seen. In the year that has passed, more than 40 groups started to organize. As the primarily issue of the protest was the unbearable costs of living, consumers’ cooperatives led the way, and are emerging in small towns and in major cities, some starting small, others organizing in order to open a full supermarket from day one.

Workers cooperatives have started to organize as well. A workers cooperative of sound and lights technicians launched just before the social protest, and was followed by a group of social workers who organized to create an alternative to the privatized system. A group of Yoga teachers decided to cooperate, and a web-based newspaper owned by journalist was launched.

A cooperative pub/restaurant opened its doors and has become a center for cooperative and protest activities.

Although the government is not likely to change its economic course, awareness of the cooperative solution has not skipped over public authorities all together. One of the major complaints brought by protesters was against the banking system, and its centralized nature that enables it to exploit Israeli citizens by charging unjustified fees and commissions while paying huge salaries to a few managers, and distribute obscene dividends. Surprisingly, the governmental committee that examined these issues decided to recommend the establishment of credit unions.  The surprise derives not only from the ideological nature of this recommendation, but also from the fact that since 1981, it has been prohibited by law to start a cooperative bank or credit union. What was supposed to be a legal struggle to start a financial cooperative institution became all of a sudden joint goal of new cooperative initiatives and the authorities. There are now two cooperatives that are developing financial alternatives – a cooperative credit union, bank and pension fund.

Another major initiative, that preceded the protest, is the Cooperative for Renewable Energy, which, in the spirit of similar organizations around the world, tries to promote both social and environmental goals. The strong connection between social and environmental justice surfaces more and more in demands for the right to clean air, public transportation, renewable energy, public parks and more. The cooperative method of creating a community in order to promote public interests is the most suitable way to handle environmental solutions, and has been proven to be most effective in Europe and in the United States. The cooperative tries to import those successes and adapt them to the Israeli arena. The administrative atmosphere is not favorable towards cooperatives and prefers private enterprises that create profits for the few. The current challenge is to overcome those obstacles and start a cooperative environmental alternative that could make an actual change.

Beyond everything else, the new cooperatives create an active democratic arena. One of the greatest misfortunes of Israeli democracy in the last decade was the belief internalized by many, that they have no influence: that there is no difference between the different political leaders, that the economy is owned by the rich, that the system is too strong to be changed. Losing the belief in citizens’ power is the greatest strength of a corrupt and alienated regime. The social protest gave people back the belief in their strength, but its weakening had an ominous potential.

The cooperatives have become a real answer to the need for change. Each cooperative has its founders, members and activists who are creating the alternatives that affect their daily lives. Thus, embracing the spirit of the protest, the cooperatives manage to promote social, economic and environmental goals, and maintain active democratic communities.

Yifat Solel is a social rights lawyer and a promoter of cooperatives. This post was originally published on the Heinrich Böll Stiftung site.

Get Our Weekly Newsletter
Before you go…
A lot of work goes into creating articles like the one you just read. +972 Magazine is nonprofit journalism, owned by many of our writers, editors, and journalists. In order to safeguard that independent voice, we are proud to count you, our readers, as our most important supporters. With your support, we can keep +972 Magazine a strong, independent, and sustainable force helping push the global discourse on Israel/Palestine.
DONATE
More About israeli economy 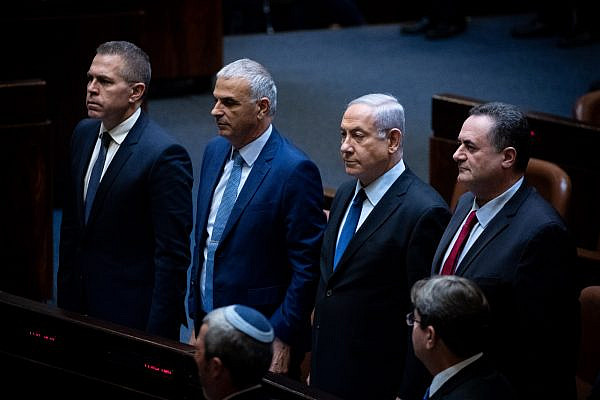 The illusion of stability is key to the Israeli right’s rule
The right portrayed Israel as an island immune to the world’s political and economic turmoil over the past decade. The left needs a coherent, inclusive platform to challenge that narrative.
By Matan Kaminer December 30, 2019 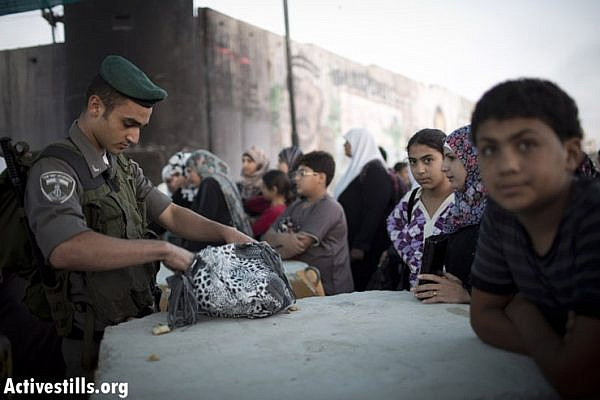 The economic costs of military rule
Israelis cannot treat the occupation as something that merely affects them in the eyes in the world while their economy keeps paying a heavy price for its continuation. By Shlomo Swirski and Yarom Hoffman Dishon The social-economic cost of the Israeli-Palestinian conflict is spoken about far less than the human cost or the price Israel…
By Haokets June 6, 2015 PHOTO: Yair Lapid uses Netanyahu’s ‘UN-Acme-bomb’ at economic conference
Remember when Prime Minister Benjamin Netanyahu used a picture of a bomb while talking about Iran at the UNGA? Here’s a reminder, complete with excellent memes. Today, Yesh Atid leader and Knesset Member wannabe Yair Lapid mocked the prime minister at an economic conference with a bomb of his own, detailing the tax hikes of…
By Ami Kaufman December 25, 2012