I was sent to the Occupied Palestinian Territories on the day the Accords were signed, and got to spend the Oslo years in uniform.

Twenty years ago I was in the final section of “advanced training” in my infantry unit, five months into my mandatory service in the IDF. We were about to go to Gaza – our first taste of active military assignments. The massive protests of the First Intifada had ceased by then, and service in the occupied territories was considered a relatively easy and risk-free mission. The real attention was given to southern Lebanon, where units like mine were sent for longer tours, and saw soldiers killed every now and then.

Most of the soldiers in my platoon were leftists, and there was a sense of discomfort during the night before our departure, mainly due to the decision of Private A. – arguably the most popular person among the soldiers and our commanders alike – to refuse to go to Gaza. A. was an emotional and friendly type, the kind of guy who would volunteer for duty after a long night of training when everybody was exhausted, and only few hours of sleep remained. He said that he could not be part of a mission that is aimed at taking away people’s freedom.

A. was subsequently put under enormous pressure by our commanders – a combination of heart-to-heart conversations, lectures on the value of “having the most sensitive, moral soldiers take on the toughest assignments” (a common line against refusal), and blunt threats of a long prison term, expulsion from the unit and reassignment to the worst positions in the army, far away from all his friends. Eighteen-year-old A. was told what refusal and military prison would mean – something he would need to explain for the rest of his life.

Around 2 a.m., A. broke down and was sent back in tears to our tent. Our company – including A. – arrived in Gaza around noon. We were assigned under the command of the Druze regiment. We did patrols and flying checkpoints. It happened to be a unique moment: during that week in Gaza, the Oslo Accords were signed. The Palestinians were smiling at us, saying that we would probably leave soon. We thought so too. One of the first things that changed was that the order to take down any visible PLO flag was cancelled, and the streets were filled with red-green-white. Our commanders couldn’t stop ranting about it.

One of those mornings, the Druze patrol was attacked and the soldiers in it were killed. Our entire camp rushed to the street corner were the attack took place but I was among the few left to guard the camp. In the evening, when everyone got back, they told us that the friends of the killed soldiers took locals out of their home and beat them in the streets. I wasn’t there so I can’t confirm or deny it took place.

My four-and-a-half years of service were the Oslo days. I served in Bethlehem, near Nablus, a full tour in Gaza (near the then-settlement of Kfar Darom) and half a year in Hebron (in between there were also two tours in southern Lebanon). The army was moving out of the Palestinians cities and many of our assignments had to do with guarding the settlements and the roads leading to them.

A. and I graduated from the officers’ academy together in 1995. A year-and-a-half later I was standing a few dozen meters from a Jewish settler who opened fire on Palestinians in a local market. An officer who stood next to him was able to quickly disarm him – there were no fatalities. A few days later I was the last officer stationed in the Glass Junction in Hebron when parts of the city were being evacuated by IDF forces. Sometime after midnight, as we were taking the Israeli flag down, I was telling my soldiers that we are taking part in an historic moment. Again. They didn’t say a word. Many of the soldiers under my command were national-religious (some of them belonging to one of the most extreme Yeshiva in the occupied territories), and I knew they viewed things differently than I did. I felt that maybe our commanding officers were right, and that it is important that who believe in peace serve. But it was just a brief moment, and the service in Hebron pushed my political opinions further to the left. Shortly after, I declined the standard offer to extend my professional service and was released in the summer of 1997. By then, the diplomatic process was rapidly going downhill. 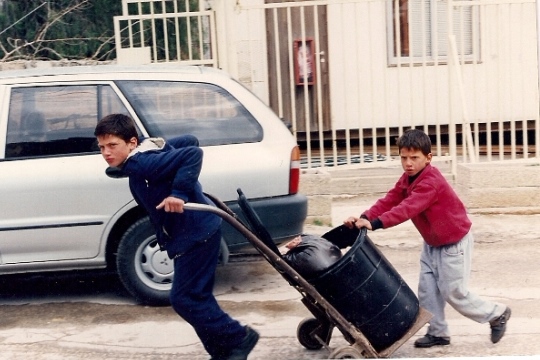 Over the years I read many reports and analyses on the failure of the Oslo process; most of them analyzed the diplomatic dynamics, the nature of the agreements and so on. I experienced Oslo in service, and this is how it looked to me as a young soldier and officer on the ground: the occupation never ended. It’s as simple as that. I entered the OPT on the day of peace, and as the years passed, I spent more and more time there. Following every “historic” evacuation there was some other assignment on a nearby hill or at a new checkpoint.

The nature of our presence changed – at the beginning I was patrolling in the cities, mainly on foot, and with time we manned more and more permanent roadblocks and did patrols on vehicles. But we were still there, almost everywhere. There were also more settlements (this is well-known and well-documented), and the army became closer to the settlers, a gesture that was mentioned in the orders we got.

The main difference we noticed and felt was the presence of a new element – the Palestinian Authority officials (who passed through our checkpoints in black cars) and their police force, which was more like a very light military. The interaction with them was always very strange, including elements of collaboration and mutual suspicion at the same time, and there was always this turf war over who is authorized to do what, or who controls this corner or that road. It wasn’t enough that the IDF remain effectually in control, demonstrating this fact was a standing order. In my final tour to Gaza, the most important mission was a weekly drive between the two settlements located on the sides of Khan Yunis. Part of the rational was “to show them that we are still here.”

The control of the Palestinian population (often called “keeping peace and order” or some other euphemism) was the army’s main mission both prior to and after Oslo. It remains so today.

Read more:
The legacy of Oslo: Jerusalem as ‘indivisible’ as ever

emailemail
Before you go…
A lot of work goes into creating articles like the one you just read. +972 Magazine is nonprofit journalism, owned by many of our writers, editors, and journalists. In order to safeguard that independent voice, we are proud to count you, our readers, as our most important supporters. With your support, we can keep +972 Magazine a strong, independent, and sustainable force helping push the global discourse on Israel/Palestine.
DONATE
More About oslo accord 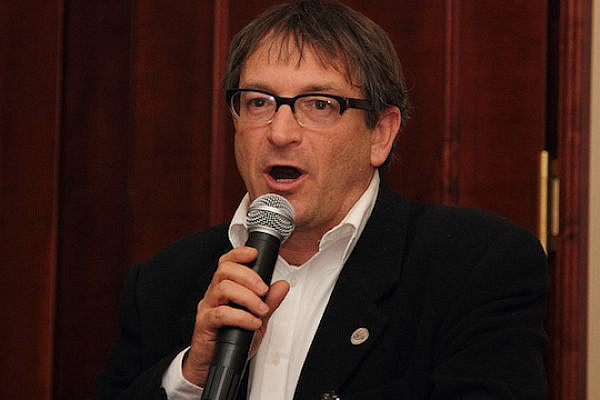 Oslo Accord architect Ron Pundak dies at 59
Ron Pundak, one of the architects of the Oslo Accord, died Friday at the age of 59. In 1993, Pundak, an expert on Middle East history, was working under Yossi Beilin, who was then the Israeli deputy foreign minister. At the time, Israel was holding formal negotiations in Washington with a Palestinian team, but the…
By Noam Sheizaf April 11, 2014 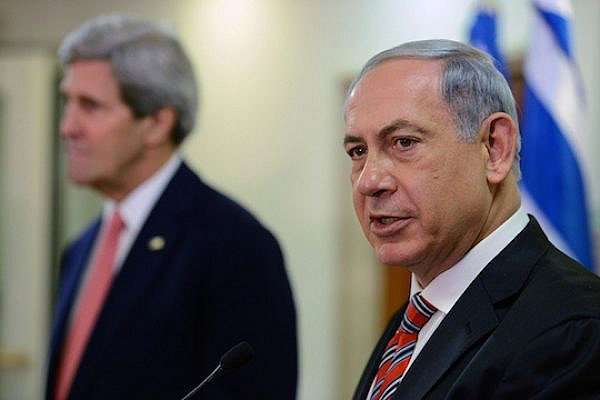 The rejectionist: Netanyahu and the peace talks
The Palestinian leadership changed, the political circumstances shifted, administrations came and went, but every round of talks involving Netanyahu follows the same dynamic, and ends the same way. When talks between Israeli and Palestinian negotiators resumed last summer, a couple of pollsters asked Israelis whether they think Prime Minister Netanyahu actually supports the two-state solution…
By Noam Sheizaf April 6, 2014 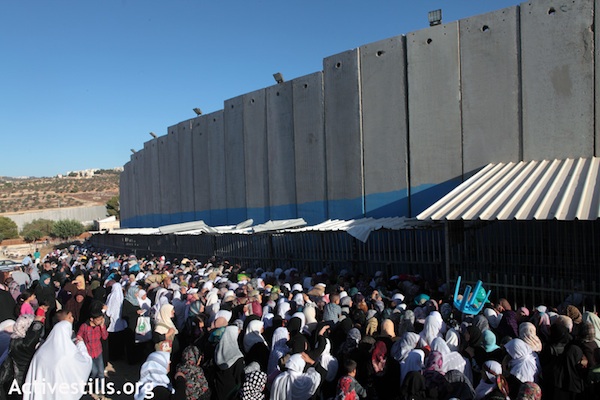 What’s the big deal about a Knesset member acknowledging the occupation?
A Facebook post expressing shock and dismay about the occupation by new MK Adi Koll of the ‘centrist’ Yesh Atid party went viral over the weekend. Has segregation between Israelis and Palestinians become so entrenched in Israeli society that expressing empathy for Palestinians is a shocking aberration? After reading MK Adi Koll’s Facebook status that Noam…
By Mairav Zonszein April 22, 2013