Israel’s leaders are proud of themselves for deporting asylum seekers, while the state continues to trample over their rights and deceive them. What have we come to? 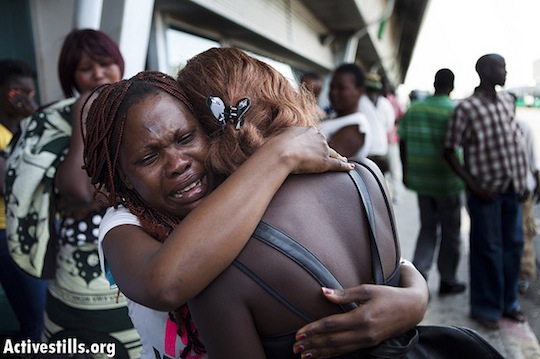 South Sudanese refugees board a bus in Tel Aviv bus station taking them to Ben Gurion airport where they will be deported to south Sudan with 150 people on a flight leaving that same night (photo: Oren Ziv / Activestills)

On Tuesday, it was announced that the government is planning to forcibly deport Eritrean and Sudanese asylum seekers to “third countries.” Those who refuse to leave will be jailed in Saharonim prison for an indefinite amount of time.

This latest step is not wrapped in pretty words such as “returning by choice” or “benefit packages,” whose goal is to cover up the government-sponsored horror show taking place here. Those behind the decision pride themselves over how aggressive, hard-headed and crass it is. Forced deportation will actively push people to a place they don’t belong, to a place of danger.

I sit and wonder to myself what were those terrible incentives provided to Uganda and Rwanda, which Israel classifies as “third countries” — although it refuses to name them — so that they would agree to take in those whom the state has incited against for years. A formal agreement between the countries? No. Transparency? No. Assurance that those deported will be safe? Definitely not.

So what do we have? Behind-the-scenes deals drenched in blood, suspicion of assistance through forging documents (a worker in the Population and Immigration Authority has already been interrogated over this issue), temporary travel documents that are taken from them upon their arrival in the country, threats of deportation to their home country, a lack of security, stability or protection. In short: a perpetual cycle of being a refugee.

Mending pieces of a broken heart

Since the approval of the Convention Relating to the Status of Refugees, there has not been a single Western country that has deported survivors of genocide, ethnic cleansing and totalitarian regimes. Our elected officials are proud of their “solution,” and all the while the state simply ignores requests for asylum, tramples over the rights of asylum seekers and, worst of all, continues to deceive them. This all happens and not even the tiniest bit of morality can break the onslaught of evil, without history and collective memory teaching us to act differently, without even considering the fact that these are just people. 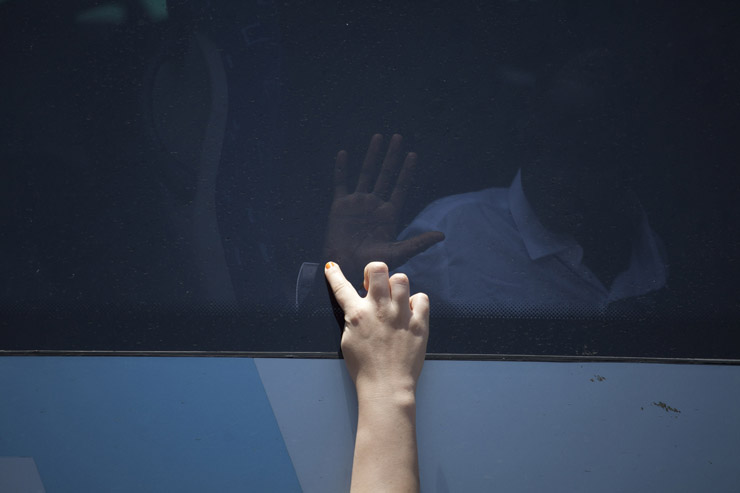 An Israeli activist says good bye to a south Sudanese child who is waiting in a bus taking him from Tel Aviv to Ben Gurion airport where he will be deported to South Sudan along with another 120 people on a flight leaving the same night.

Last summer I flew to Uganda to meet with South Sudanese who were deported in the summer of 2012, and with deportees from other areas of Sudan and Eritrea. In truth, I went to mend the broken pieces of my heart. I went to visit friends that had lived in Israel for 5-8 years, until one day their lives were violently uprooted and were sent somewhere else. Some of them were deported to South Sudan and were forced to flee once again in the face of another civil war. Others were deported straight to Uganda, a country that the only thing asylum seekers have in common with is the color of its citizens’ skin.

I hoped and prayed that I would discover that they had found some hope for the future, that I would have something to hold onto, because the thought that we are responsible for their fate there is too much for someone with a good head and a good conscience. My hopes were dashed.

Nearly three years have passed since that forced deportation. Since then I have not stopped receiving phone calls full of bad news. Children crying in the background, longing for friends who they left behind, disease, war, mourning. The pieces of my broken heart have turned into slivers, but the worst part is my moral failure.

The true face of the state

I cannot stop thinking about my grandmother and grandfather, who came here on a boat full of Jewish refugees from Europe, without papers or permits, and were sent to Cyprus. I, Moran Mekemel, the granddaughter of infiltrators, cannot understand, cannot fathom how the hatred has become so blinding and all-encompassing. How the fear-mongering and incitement worked, and the world just keeps turning.

There is no doubt that when it comes to asylum seekers in Israel, there are many hateful people who spend much of their energy “taking care” of these people who have managed to defeat death. Much resources, time, manpower and taxpayer money has been channeled into dealing with less than 50,000 people who came to find asylum. In the beginning they gave them a one-way ticket to the Tel Aviv Central Bus Station. Then they gave them temporary visas without any social rights. After that they gave them names and nicknames and hate. After that came the prisons with the pretty-sounding names. And now, moments before Passover — the holiday of freedom — we’re giving them another present: forced deportation.

A few months ago, a young Sudanese girl with tears in her eyes asked me, “Why does everyone here have normal skin color and I don’t?” She won’t be here for very long. This is how it is. This is the true face of the state.

Moran Mekamel is the head of “Students for Refugees” at Ben-Gurion University, a human rights activist and a MA student in social work. This article was first published on +972′s Hebrew-language sister site, Local Call. Read it in Hebrew here.

Get Our Weekly Newsletter
Before you go…
A lot of work goes into creating articles like the one you just read. +972 Magazine is nonprofit journalism, owned by many of our writers, editors, and journalists. In order to safeguard that independent voice, we are proud to count you, our readers, as our most important supporters. With your support, we can keep +972 Magazine a strong, independent, and sustainable force helping push the global discourse on Israel/Palestine.
DONATE
More About Genocide 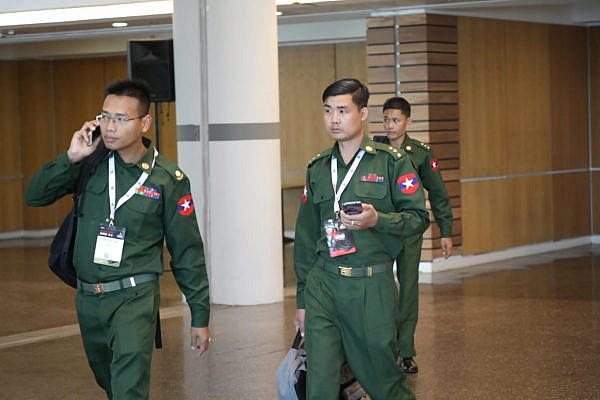 Despite int’l sanctions, Myanmar officials attend Tel Aviv weapons expo
Israel continues to supply arms and training to the regime in Myanmar, despite its genocide against the Rohingya people. Representatives of Myanmar’s military attended Israel’s largest, government-supported security and weapons conference in Tel Aviv on Tuesday. The officials arrived at the Tel Aviv Expo Center for the International Defense, HLS & Cyber Expo, known as ISDEF,…
By Oren Ziv June 4, 2019 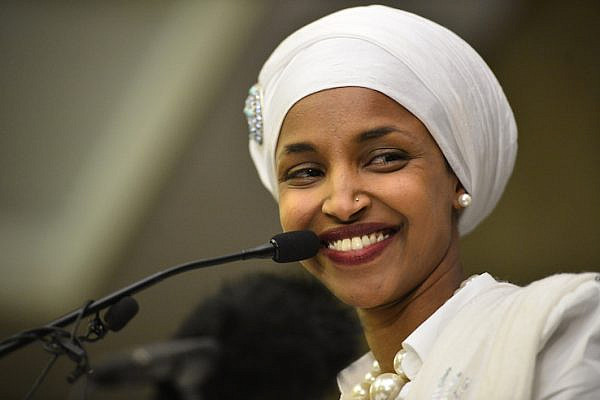 13 responses to “Our elected officials boast about deporting genocide survivors”