Demonstrators play music and sing songs to inmates in ‘Military Prison 6’ in a show of support for Omar Sa’ad and other draft refusers. Similar vigils take place in cities across Israel, Palestine and abroad. 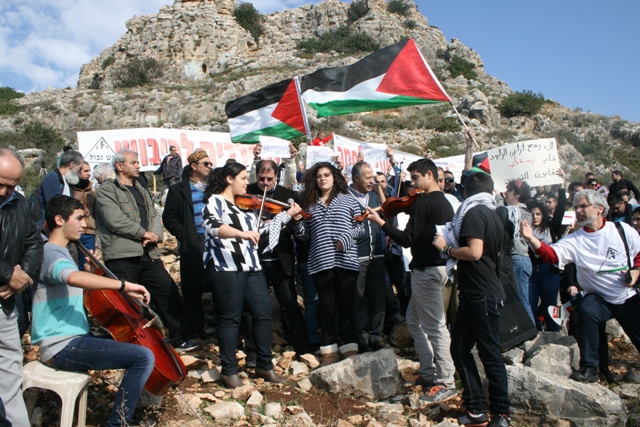 Demonstrators chanted in Arabic and Hebrew against the draft, occupation (Haggai Matar)

About 100 Palestinian and Jewish protestors gathered on the hilltop overlooking Israel’s ‘Military Prison 6’ Saturday afternoon, calling for the release of Omar Sa’ad and all other conscientious objectors. Sa’ad, a violin player from the village of Maghar who has thus far been given two 20-day prison sentences for refusing the draft, has become a symbol of Druze resistance to conscription. Three other Druze objectors are now in prison and another one is expected to be sentenced later this month.

Omar’s siblings and friends preformed several songs on string instruments at the protest, organized by the Sa’ad family, Yesh Gvul and Druze campaigners against conscription. The tunes were carried through loud speakers to Sa’ad himself, who was watching the protest above the prison walls. Other demonstrators sang songs and chanted slogans in Arabic and in Hebrew against the mandatory draft and against the occupation. Also present was Natan Blanc, who was recently released from prison after serving 10 sentences adding up to just under half a year for his refusal to enlist. Blanc told Sa’ad he hopes he will have to endure much less of prison than he himself did. Corresponding demonstrations in support of objectors took place in Jerusalem, Ramallah, Bethlehem and London – where Sa’ad’s younger brother attended. 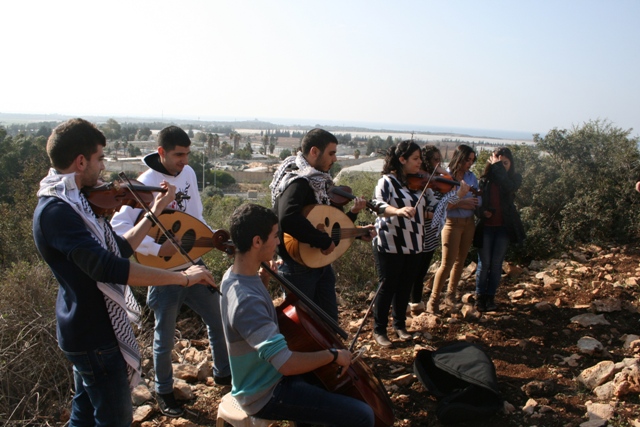 Sa’ad’s siblings and friends playing to lift his spirits. In the background: Prison 6 (Photo: Haggai Matar)

The Druze (men) are the only Arab group in Israel that is compelled to join the Israeli army. While many adopt a Zionist agenda and make a career for themselves in various parts of the Israeli security establishment, a growing movement of young Druze are stating that their allegiance lies elsewhere – with their Palestinian brothers and sisters. This is a rift of identity and politics within the Druze community that is heightened when conscientious objectors are imprisoned and rally public support.

Check out this report by Social TV on Sa’ad’s initial refusal:

emailemailemail
Before you go…
A lot of work goes into creating articles like the one you just read. +972 Magazine is nonprofit journalism, owned by many of our writers, editors, and journalists. In order to safeguard that independent voice, we are proud to count you, our readers, as our most important supporters. With your support, we can keep +972 Magazine a strong, independent, and sustainable force helping push the global discourse on Israel/Palestine.
DONATE
More About draft refusal 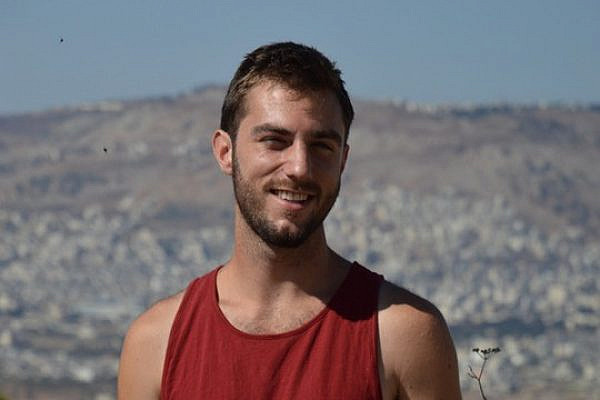