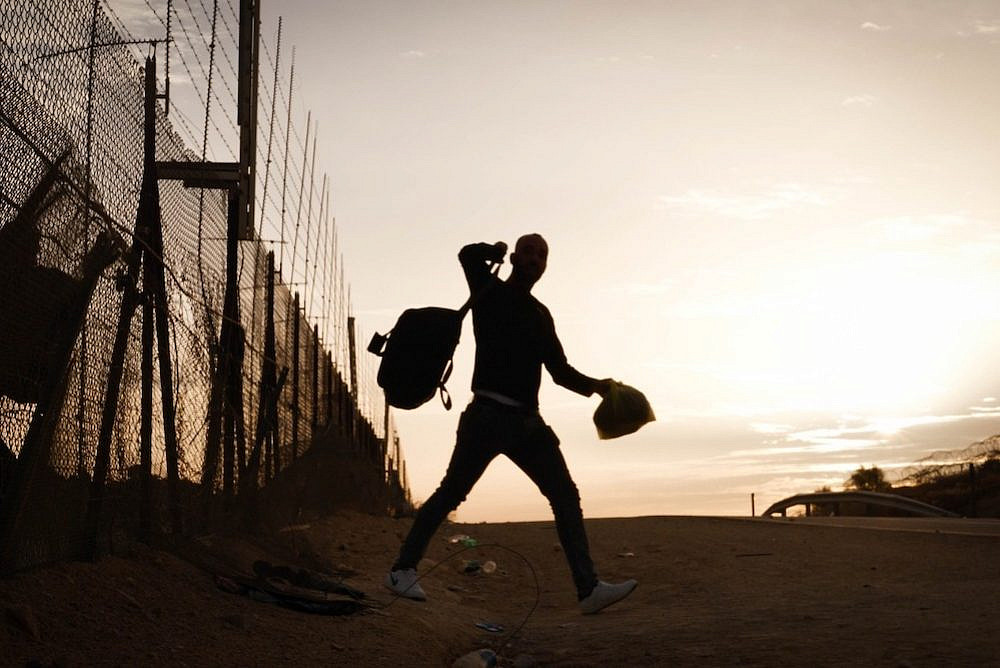 A Palestinian laborer crosses into Israel through a breach in the separation barrier, near the Metar checkpoint, West Bank. (Rachel Shor)

I reached the Meitar Checkpoint in the southern West Bank at five in the morning on a Sunday, just before sunrise. Hundreds of Palestinian laborers were marching briskly, buying falafel or bread from dozens of makeshift stands in the market that has sprung up around the crossing. I met teachers, university graduates, lawyers, and engineers — all of them with work permits, all of them waiting in line to make their way to work in factories in Israel.

A hundred meters from the guarded checkpoint is an unofficial crossing: a breach in the separation fence, where hundreds of permit-less Palestinians cross in and out of Israel every day. Between the two crossings stand Israeli Border Police jeeps, and the soldiers can see everything. From here, it is clear that the barrier which snakes through the occupied West Bank is only there to enforce racial segregation, not security, since anyone can come and go as they please. The army is fully aware of this fact, but chooses to turn a blind eye.

For generations, Palestinian society has clung to education as a means of maintaining its collective identity, as well as a means of resisting the Israeli occupation. It is relatively a highly educated society, with high rates of university graduates in both the West Bank and the Gaza Strip.

But among the dozens of young educated people whom I spoke to at Meitar and elsewhere, there was a pervasive sense that pursuing higher education is futile. After years of investing in becoming economists, engineers, or doctors, they have discovered that the only way to make a proper living is to work as laborers in Israeli construction sites.

Friends with whom I spoke feel guilty about working in Israel — including in West Bank settlements, which are home to the masked vigilantes who attack us on a regular basis. They try to handle this guilt with various explanations. “We don’t have many other options,” one of them tells me. “I would feel guilty if I sat at home unemployed,” says another. “We live in an occupied land. This is forced upon us. Even my Palestinian ID card has a Hebrew stamp on it. Why should I feel guilty?” a third one says. 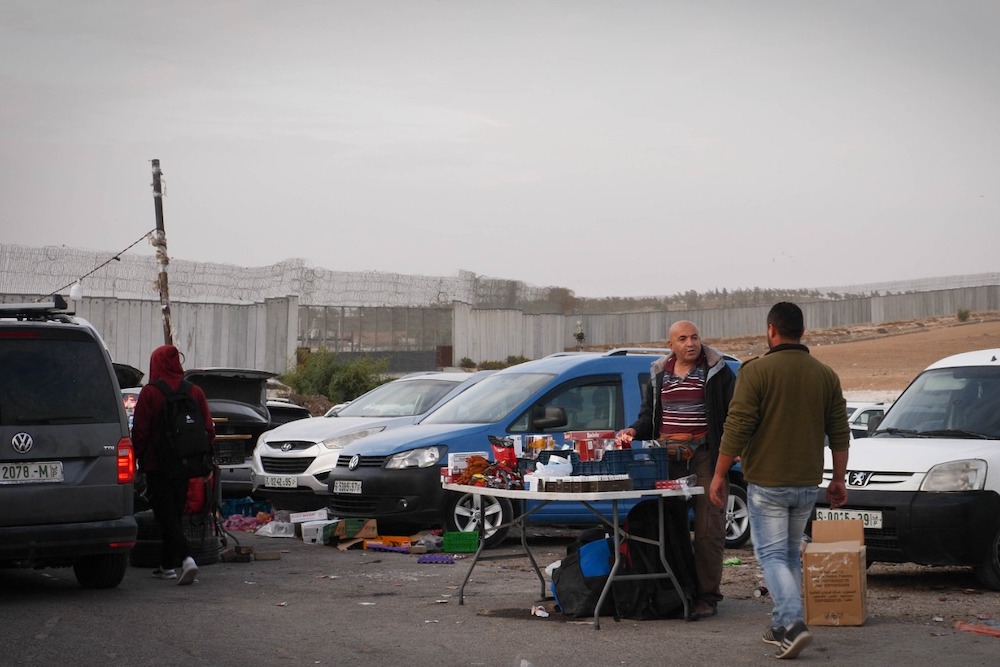 Saleh Abu Jundeya, 22, lives in the village of Tuba in the South Hebron Hills. Since first grade, Israeli soldiers have accompanied him on his route to school — a route that requires going through the outpost of Havat Ma’on, where settlers regularly attack schoolchildren. Abu Jundeya’s home, like the rest of the village, is under threat of demolition. Tuba is completely disconnected from any water or electrical infrastructure, services which are provided to the many settlement outposts of the South Hebron Hills by the Israeli authorities. But Abu Jundeya is diligent and has succeeded against all odds.

“My parents were proud of me,” he says. “I did well in my matriculation exams, so they held a big party for me. At 18, I went off to study law at university. I dreamed of becoming an attorney, to defend my parents’ rights and the rights of all my neighbors in Masafer Yatta who face home demolitions, arrests, and are disconnected from water and electricity. This was especially important to me, perhaps because I was a child who had to wait for soldiers to accompany him to school every day until the age of 18 or otherwise be attacked by settlers, and that was tough.

“I studied law for four years. Getting to university every morning was challenging, because the army prevents us from paving roads in Tuba, and my family is poor. Studying law in the West Bank costs around NIS 10,000 a year, and my mother and father — both of them shepherds — had to sell their sheep to finance my studies.

“And today? I work in construction in Israel, like all of my classmates. There is no other work. We don’t even have a place to do a [legal] internship.”

Our dependence on work in Israel is political

The Israeli authorities forbade the construction of schools in Masafer Yatta for years, with the intention of expelling us from the area. During that time, children simply did not learn. My father Saleh’s parents and the rest of the generation before us did not get the chance to study. Few made the long journey to the big cities where most schools were located, and the countryside offered no places of learning. 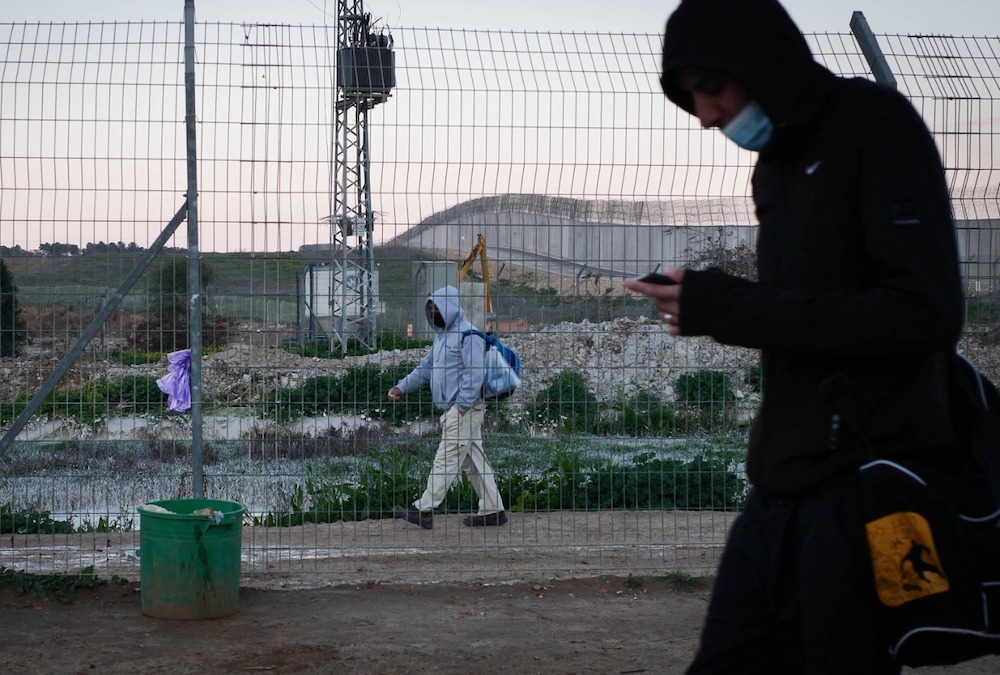 Palestinian laborers cross into Israel from the West Bank near the Metar checkpoint. (Rachel Shor)

Thanks to a struggle led by my mother and father, the first school in Masafer Yatta was built in my home village of a-Tuwani in 1998. When construction began, the Israeli army came to arrest the men from the village while they were working and confiscated the building materials. A few months later, my mother had an idea: let the women build, since the army won’t arrest them. And that’s exactly what happened: the women worked during the day to set up the school, and the men continued at night.

“But today, after graduating, I feel like I wasted my time. I look around, and like all the other graduates, I have no way to find a job. So I became a laborer in Israel, paving tiles. Conditions there are difficult. There is no security. A month ago I fell from the second story while working. I broke my ribs and tore my muscles. Today, I am sitting at home unemployed.”

Rabi is not alone. According to the Palestinian Central Bureau of Statistics, Palestinians between 20 and 29 years old with a bachelor’s degree suffer from particularly high unemployment rates: 35 percent in the West Bank, and 78 percent in Gaza, which is under total closure by Israel and Egypt. 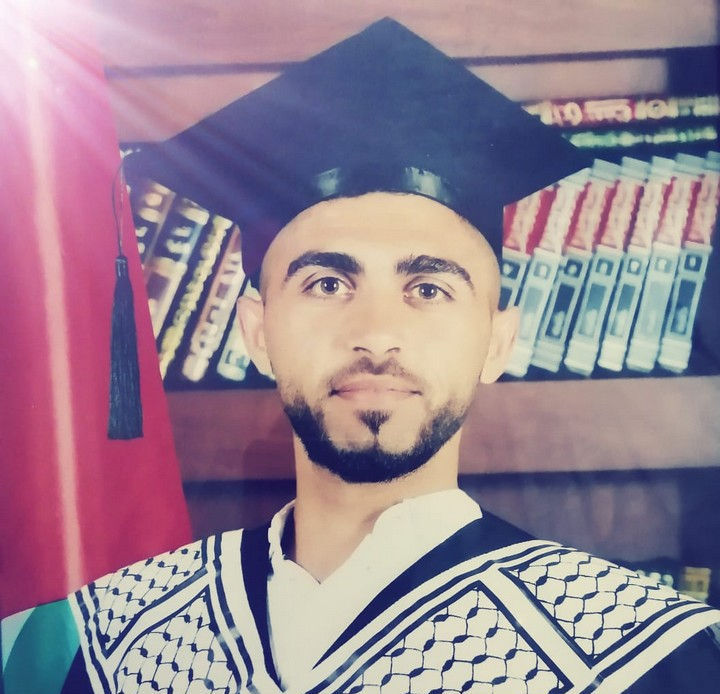 Our dependence on work in Israel is political. Half a century of Israeli military rule has devastated the Palestinian economy. Israel controls all our border crossings and prevents independent Palestinian imports or exports. All our natural resources — such as minerals from the Dead Sea, quarries, agricultural areas, and reservoirs — are located in Area C under full Israeli military control; we are prohibited from accessing, developing, or caring for them.

A study conducted by the World Bank found that these restrictions are the primary barrier to prosperity and job creation for young Palestinians. Without sovereignty over open spaces, Palestinian territorial contiguity has been fractured into 169 enclaves, leaving no room even for the establishment of industrial zones.

Land in Area C is allocated exclusively to Israeli settlers, who maintain a vibrant and profitable economy there. With the support of government bodies, the settlers continue to establish industrial zones and agricultural complexes, which are connected to the very water infrastructure that is denied to Palestinian farmers in places like Masafer Yatta. Israeli soldiers regularly seal off our water cisterns with concrete. Without water or access roads, farmers can no longer make a living off their land, and many are forced to work as laborers in Israel instead.

Palestinian shepherds are also slowly turning to construction work in Israel as a result of the policies of occupation. In the 1980s, Israel expropriated all the grazing lands from the shepherds, declaring it “state land.” But in the past five years, the authorities have established and authorized dozens of outposts and farms on this land, giving it to settler shepherds. In this reality of apartheid, the new lords of the land help to expel the Palestinians who have been here for centuries. 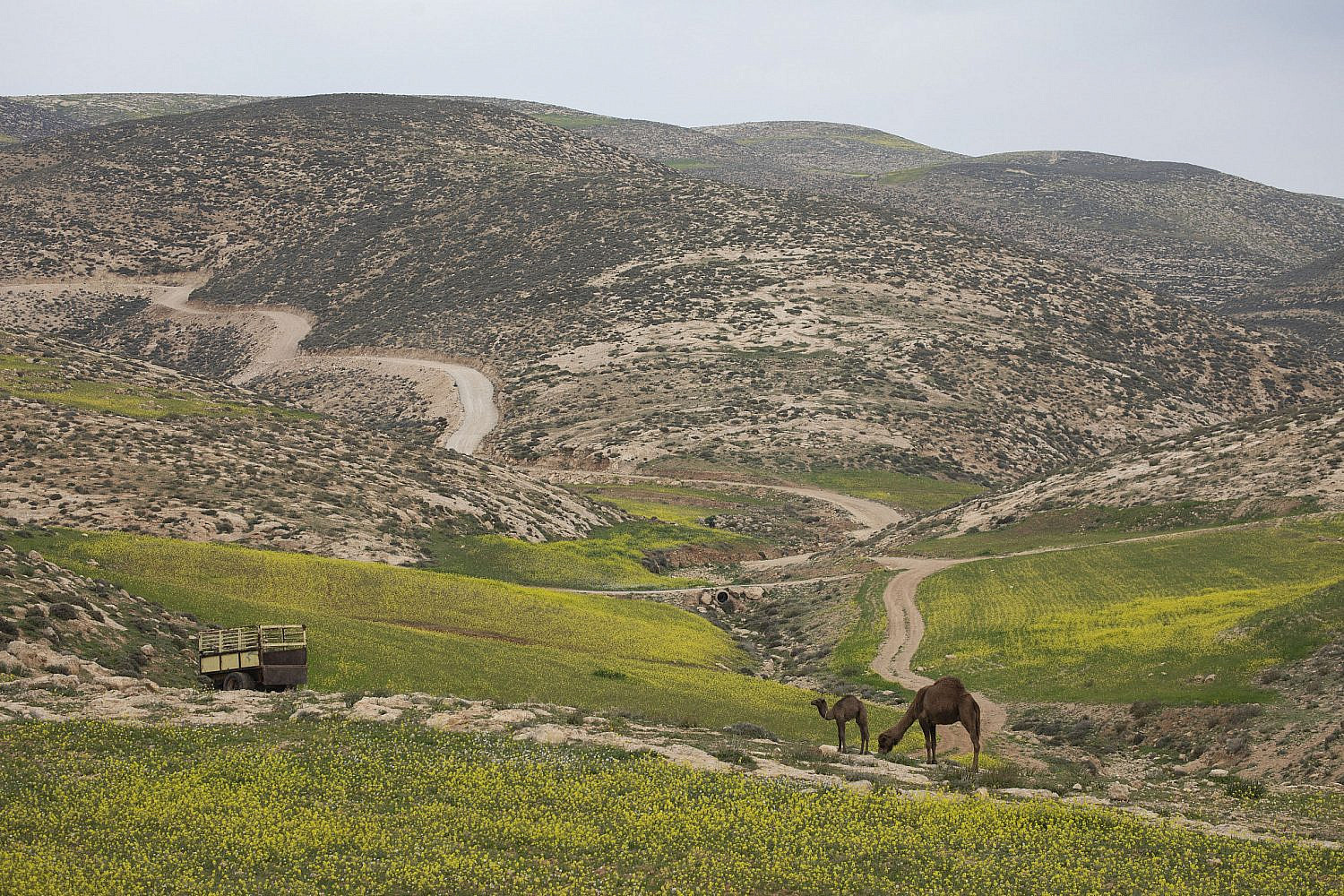 The Shin Bet, Israel’s internal security service, uses entry permits as a means of pressuring young Palestinians into keeping their heads down. Activists such as myself, who are on the Shin Bet’s blacklist, will never receive a permit. Fearing for their welfare, many people my age choose to keep quiet about their political opinions and build homes in Israeli settlements to eke out a living.

And yet, many if not most young university graduates fail to obtain a permit. According to the Israeli authorities, only married Palestinian men over the age of 22 are allowed to receive a permit. In practice, young Palestinians enter Israel illegally all the time, desperate to scrape enough money to get married and start a family.

The Israeli army knows that there are dozens of breaches along the separation fence. But its inaction is deliberate: it is a profitable policy that allows Palestinians to reach Israeli employers who, for their own interests, can deny the laborers their rights while keeping their wages low.

Salem al-Halis studied law with me at Hebron University, and I remember him as one of the most talented students in the class. Now, however, he is working in construction. “It’s like prison,” he told me over the phone. “I wake up at 3 a.m. and go build houses in Israel. I remember our studies and laugh at myself and what I thought. I eat and sleep at work, in the building. Far from life. Far from family.”

Like Salem, I am unable to find employment in the West Bank, while my law diploma gathers dust in the closet. I am afraid to become, like him, another young Palestinian who excelled in university only to become a construction worker, suffering under an Israeli employer who never studied a day in his life.