Dareen Tatour was arrested after the security services decided her poetry constituted ‘incitement.’ After nearly three years under house arrest, a trial, and jail time, she is finally free. 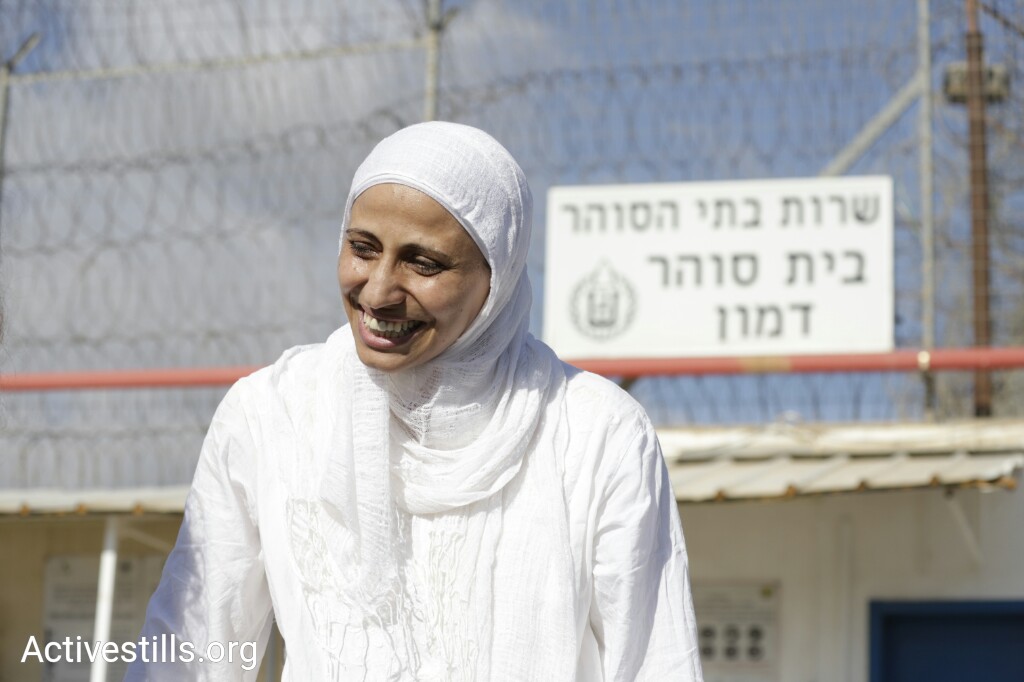 Dareen Tatour, the Palestinian poet arrested in 2015 over a poem she published on Facebook, is finally free. After years of house arrest, months in prison, and dogged efforts by the government to secure the maximum conviction possible, the Supreme Court last week rejected the state’s petition to restore her overturned conviction for incitement to violence. With that, Tatour’s legal ordeal came to an end, more than four years after it began.

Tatour’s poem was published at the height of Palestinian protests across Israel and the West Bank and during a wave of so-called lone-wolf stabbing and vehicular attacks against Israeli security forces and civilians, largely in Jerusalem and Hebron. Following her arrest, which saw police storming her house in the middle of the night, Tatour was imprisoned for three months, then released and put under house arrest pending trial, a wait lasting nearly three years. She was forbidden from using the internet, the phone, or any other means of communication.

In 2018, Tatour was tried, convicted of incitement to violence and support for terrorism, and sentenced. She served 42 additional days in prison, but appealed her conviction in January of this year and won a reduced sentence. In July, the state contested the decision, leading the Supreme Court to finally draw a line under the affair on Sept. 26.

Attorney Gaby Lasky, who represented Tatour, said that the state’s attempt to appeal a reduced sentence for a poet spoke to its inability to accept the basic democratic principle of freedom of expression. The efforts to taint her poetry as a criminal act were now at an end, Lasky declared.

Judge Yosef Elron wrote in his decision that the court would not hear further attempts to appeal Tatour’s reduced sentence. Elon stressed that contrary to the state’s claims, the District Court did not give Tatour any special treatment because she was a poet.

The state, in its failed appeal to the Supreme Court, claimed that even if Tatour’s poem did not constitute clear incitement to terrorism, it indirectly encouraged violent acts. “The court’s complete failure to recognize this possibility is likely to transmit the wrong message to extremists who write social media posts that are meant as incitement … under the guise of ‘poet,’ ‘writer,’ ‘journalist,’ ‘singer,’ etc,” the state argued.

The Tel Aviv District Court judges who reduced Tatour’s sentence in May wrote in their decision that the poet’s words had to be considered under the rubric of freedom of expression.

The judges upheld the convictions regarding two other Facebook statuses — a post and profile photo upon which were written, “I am the next shaheed [martyr].” The District Court judges noted in their verdict that it was difficult to find precedents to Tatour’s case. “We emphasize that freedom of expression applies to artistic creation,” they wrote. “While this protection does not extend to breaking the law, it must stretch a bit to accommodate protection for the right to creative freedom.”

Last Wednesday, one day before the Supreme Court handed down its decision, the Jaffa Theater held a launch event for the publication of Tatour’s memoir about her life and her imprisonment, with the title “My Dangerous Poem.”

“I’ve been released from prison, but prison stays within me, and I feel that I am in a bigger prison,” Tatour said at the book launch. “Many places cancelled events at which I was supposed to read poetry.” She plans to release her memoir in English and Hebrew translations within the next two months.