facebook twitter email link
The upcoming vote on Palestinian statehood, that will most probably take place this September at the UN General Assembly, has a lot of people talking – and a certain government panicking. Rightfully so – it’s the region’s biggest event of 2011. So why is the left in Israel and abroad keeping mum? 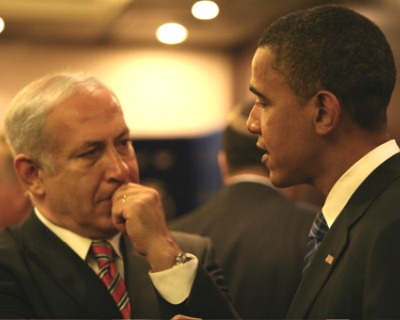 The fact that Benjamin Netanyahu is a staller is well-known to many in Israel and around the world. These days, readers yawn in boredom whenever they read once again about his inability to lead, his non-commitment to peace, and his lack of vision. Lately, the criticism has focused on his slow reaction to the upcoming vote this September in the UN on Palestinian statehood. Voices inside his own coalition, in the Knesset and in the media, have reprimanded the prime minister for not acting forcefully against what could be a defining moment in the region.

But Netanyahu isn’t the only one who has been slow to react and voice his opinion. Surprisingly, the left in Israel has yet to voice its opinion – either for or against – the upcoming unilateral move by the Palestinians. There have been a few politicians here and there with the usual message warning of a “diplomatic tsunami” (originally coined two weeks ago by Defense Minister Ehud Barak), but not much more than that from Labor, Kadima, or Meretz.

In addition, there are barely any left wing pundits in Israel or abroad who have taken a side on this issue. There have barely been any calls to support the Palestinians in their cause, nor any for U.S. President Barack Obama to take a side. In fact, it seems the left mocks those who treat the event a “diplomatic tsunami”. It seems the issue, oddly enough, just isn’t up for debate.

Although Netanyahu has been slow to react – one can’t say he doesn’t take the action seriously now. Just recently, AP reported Israel would react to the vote with a unilateral move of its own: annexing the settlements. The fact that Israel would even consider thinking that – and actually announcing it so foolishly to the press – shows what chaos the PM’s Office is in these days. Sheer panic.

Barak Ravid of Haaretz also reported that the Foreign Ministry “informed the 15 members of the United Nations Security Council last week, as well as several other prominent European Union countries, that if the Palestinian Authority persists in its efforts to gain recognition in September as a state within the 1967 borders, Israel would respond with a series of unilateral steps of its own.” Talk about desperate….

Many may say the left’s apathy isn’t surprising, for a few reasons: there are claims the unilateral move is just a last minute effort by a corrupt Palestinian Authority to stay alive; others may say the move is destined to die quickly if the U.S. shows no support for it; others may say it is not our right to interfere in internal Palestinian decision making; others are probably just content on watching Netanyahu sweat a bit while believing the vote won’t even happen.

Furthermore, J Street and a few other voices in America (and Israel) have followed suit with the U.S. administration’s stance that peace can only be achieved through negotiations. Yet, despite all these, the mostly silent left and liberal voices on both sides of the pond is surprising.

It’s surprising, for one reason in particular: I can’t believe I’m saying this, but for once, Ehud Barak is right. This is, in fact, a “diplomatic tsunami”. And with all due respect to the regime changes in neighboring countries, to the U.S. election campaign kicking off early, to the latest boxing match between the IDF and Hamas, to this or that success of the BDS movement, to the brutal murder in Itamar, to Judge Richard Goldstone changing his mind, there is nothing – NOTHING – in 2011 that will affect the conflict more than the world recognizing a Palestinian state in just a few months time. Nothing.

Not even another flotilla to Gaza.

And if the U.S. doesn’t repeat the ridiculous mistake it made by vetoing the recent UNSC resolution against settlements, the effect could be even more dramatic.

No, recognizing the state does not mean the Palestinians will immediately be free and independent. Of course not. But it changes the rules of the game in too many ways to count. It changes the game diplomatically, legally and maybe even more importantly – psychologically. Besides the international isolation Israel will endure as a result of now occupying an official state recognized by the UN, the two sides will react differently towards each other – for better or for worse.

In an op-ed for Haaretz published in December last year, Dahlia Scheindlin points out the pluses and minuses of a unilateral declaration. She writes that “diplomatically, it is problematic and risky to recognize a unilaterally declared state that is in conflict with an existing sovereign state.” But there’s good news, too:

“The reality is that unilaterally created state-like entities such as Somaliland, Turkish Cyprus or Kosovo and others do not arise from favorable political or economic conditions. Usually their prospects for viability are abysmal; they emerge out of desperation.

But what if we take it even a step further than Scheindlin’s analysis? Would it be so far-fetched to think that the way Palestinians and Israelis perceive each other could change as a result of this vote? Could Palestinians feel they are stronger, demand more – and fight harder (or even more violently)? Could they feel more of an equal status? Could it be that more Israelis would look at Palestinians as victims or as if they are trespassing in someone else’s backyard – a backyard that was just recognized by the world? Could it be that Israelis might even begin – lo and behold – respecting them?

These are questions that probably can not be answered by any study or poll. But there is no doubt that the vote will have immense ramifications. It could help bring about an end to the occupation sooner rather than later. Not necessarily through a peaceful process: this vote has a risk of causing much more bloodshed in the region. But there is no other move on the horizon that even comes close to being a “game changer” like this one. With no prospect for negotiations any time soon, game changing is what this stalemate needs desperately.

With an event so big – and approaching so quickly – it’s time left wingers and pundits alike begin to take this Palestinian move seriously, voice their opinion and choose sides.